by Elisabeth Sereda January 24, 2014
Share on FacebookShare on TwitterShare on PinterestCopy URL 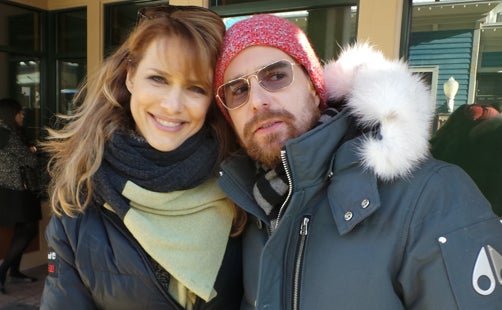 Sam Rockwell can easily be called a Sundance veteran: the actor has had seven films premiere at the festival over the years, starting with Arresting Gina and Tom DiCillo’s Box of Moonlight. This time he came to promote Lynn Shelton’s Laggies with co-stars Keira Knightley and Chloe Grace Moretz. Sundance could with some reason well be renamed ‘the coming-of-age festival’. Films in this particular genre have been a mainstay of programming here over the past 30 years and this edition is certainly no different. Director Lynn Shelton newest relationship comedy, Laggies, is a case in point, and Rockwell – as Moretz’ father and Knightley’s paramour – once again steals the film with his amazing talent. Why this man has not won award after award surprises critics and fans alike. In this film he plays a divorce lawyer and single father of a teenage girl (Moretz) who strikes up a singular friendship with a woman (Knightley) who expresses her doubts about her impending marriage by regressing to her high-school self. Knightley crashes in his home with his teenage daughter and refuses to grow up for a week while thinking – or not thinking – about her future. Rockwell’s character has enough sense of humor to initially tolerate her and the two end up falling for each other. The HFPA festivaleers met with Rockwell in Park City to talk about the film. “I’m a big fan of Lynn’s.’’, he said about the director. ‘’Your Sister’s Sister and Humpday were just amazing films. I thought they had a real life to them. I read the script and it was very good. Like a James Brooks movie. It reminded me of that kind of tone. It just seemed like a really cool part. Sort of an amalgam of the two male characters in Broadcast News. I guess, you could say technically it’s a rom-com. But it’s more than that.There are so many layers in this film. About not wanting to grow up and stuff like that. I was ready to jump onboard. “The subject matter was especially interesting to Rockwell because he says he’s nothing like the character: “Well, I don’t relate to it. I’ve been 40 since I was five!“ he jokes.

Rockwell is one of the busiest actors in and out of Hollywood. In 2013 alone he shot four films. “Some of them were supporting roles, though.“ he modestly comments on his busy schedule. “When it rains it pours. Sometimes you have a long dry spell because things don’t get green lit rightaway. We said yes to The Way Way Back and it took about a year. And then Steve Carell signed on and it was a go. And then you find yourself doing three movies back to back. That’s not ideal for preparation reasons but you just have to go with it.“ The actor’s trip to Park City coincides with rehearsals for his next film in the state: “I am going to work with nutty Jared Hess, the Napoleon Dynamite guy, who lives here. And we got crazy Jermaine and crazy Danny McBride and Amy Ryan. We’re rehearsing today actually.“ And due to the magic of the movies Utah doubles for a land far, far away: “We got to fake Israel. It’s going to be something!“ he laughs. Sundance is by far his favorite festival : “The screenings are what it’s really all about. I mean, obviously you want to sell the movie and that’s why you’re here, but the screenings really do have a romantic, magical quality to them I remember my first Sundance at the Egyptian. It was amazing. And then The Eccles. I’ve had a few premieres there. But this film is among some of the most specal screenings I have been to. Especially when the film went dark. It was like a cliffhanger moment. And then it came back. And audiences are just really excited to see the movie.“ With that the busiest actor in Hollywood bundles up in a thick jacket, gloves and red wool hat and goes off into the cold winter sun to meet up with the crazy co-stars of his next project. 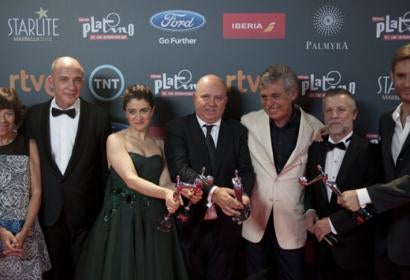 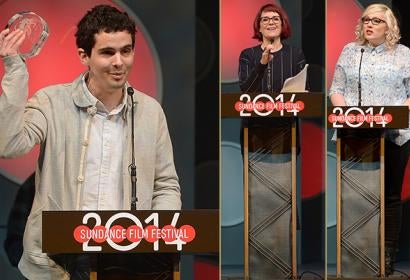