by Luca Celada January 26, 2018
Share on FacebookShare on TwitterShare on PinterestCopy URL 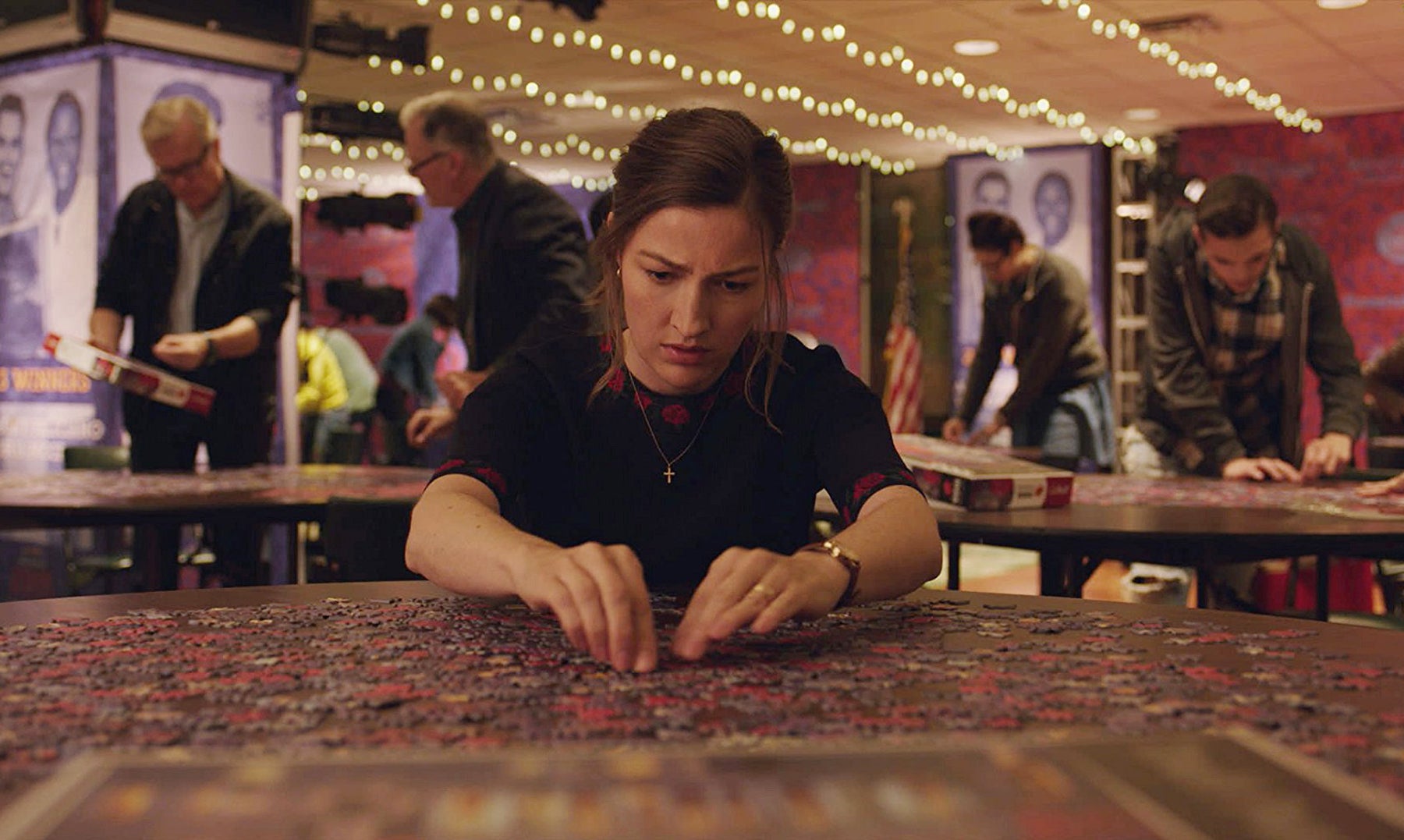 Marc Turtletaub is a veteran producer who's no stranger to Sundance having been here with films like Sunshine Cleaning, Our Idiot Brother, Safety Not Guaranteed and of course Little Miss Sunshine. (Big Beach, the production company he heads, also has the animated version of Jack London’s White Fang and The Miseducation of Cameron Post showing in Park City this year). As festival director John Cooper earnestly told a capacity Eccles crowd: “He has been good for my own career.” Cooper was introducing Turtletaub for the first time as a director at the premiere of Puzzle, an understated mid-life coming-of-age dramedy with feminist overtones which proved to be a sleeper buzz generator at this year’s festival.

Puzzle stars Glaswegian Trainspotting alum Kelly Macdonald as Agnes, a suburban housewife who is the epitome of a submissive housewife as we surmise from the very first scene in which she single-handedly organizes a birthday party, tending to every guest in her crowded house, shuttling back and forth from the kitchen, preparing, serving and cleaning after one and all. We feel for her – even before discovering that she is the birthday girl. The opening sets the tone for Agnes’ humdrum quotidian life, a self-effacing routine in which she alternates family chores in the service of her two sons and boorish husband with church-lady devotionals at the local Catholic parish. A gift of a 1,000-piece puzzle leads to the discovery of the unknown pleasure of being utterly competent at something. Her new passion will also lead to the discovery of a world beyond the horizon of her narrow confines. Agnes soon discovers the world of competitive puzzle making and partners with fellow aficionado Robert (Indian superstar Irrfan Khan) as they train for the coveted national championship. She also keeps her newfound hobby – and her forays into Manhattan – hidden from her family, even as she grows increasingly restless with the implicit oppression of her familial routine.

The perfectly nuanced screenplay by Oren Moverman (The Messenger, Rampart, The Dinner) never overplays its hand, and deftly uses puzzling as a metaphor for fitting the pieces of one’s life together. MacDonald (No Country for Old Men, Boardwalk Empire) is understated and funny, and her growing rapport with Robert which blossoms into something completely unexpected, is utterly believable thanks in no small part to the winning charm and glowing charisma of the Indian star, easily as debonair and handsomely sexy as George Clooney.

All in all, a charming, sweet character study which also happens to deliver a nuanced portrait of female emancipation in Mid-America. A welcome addition to this year’s Sundance lineup which, not surprisingly, was picked up by Sony Pictures Classic for a reported $5 million.