June 28, 2018
Share on FacebookShare on TwitterShare on PinterestCopy URL 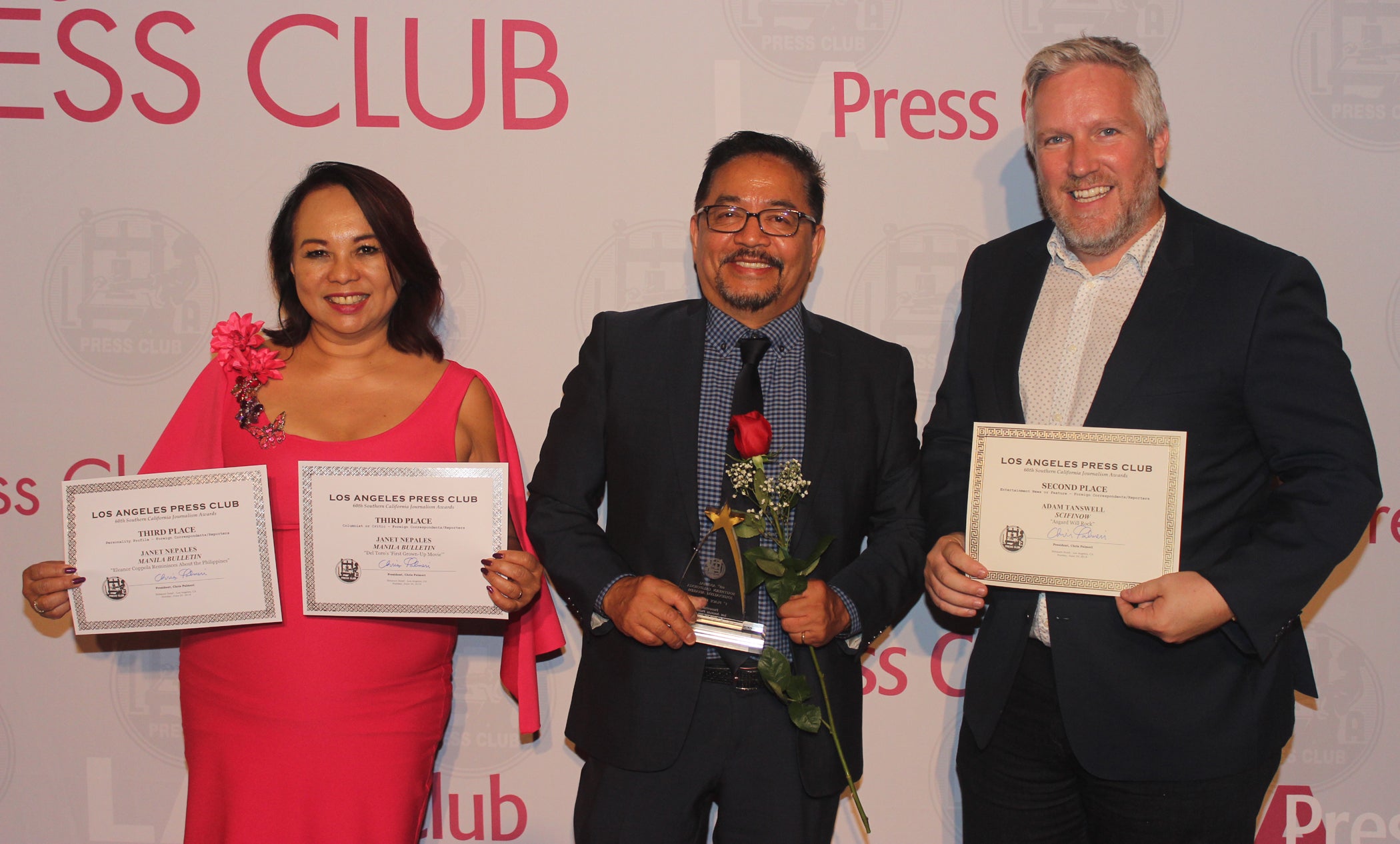 Ruben won first place for his feature, “Angelina Jolie talks about her ‘very difficult year,’” which appeared in the Philippine Daily Inquirer where he has a thrice-a-week column, “Only In Hollywood.” Also competing in the category, Entertainment News or Feature (Newspapers over 50K), were writers from Los Angeles Times, LA Weekly and Bloomberg Businessweek. It was the first time that Ruben competed in this category where he was the only international journalist in the group.

According to the judges, Ruben’s article “was a revealing and perceptive profile of a complicated Jolie, well-written and way deeper than the usual celebrity PR fare. Well done!"

Adam won second prize in the Entertainment News or Feature (International Category) for his article, “Asgard will Rock,” in SciFiNow.

Barbara Gasser’s article, “Arnold Schwarzenegger: I would give anything to hear my father play again,” which came out in Kleine Zeitung, was a finalist in both Personality Profile (Foreign Correspondents) and News, Entertainment Industry (Online).

Other awardees included jailed Saudi Arabian journalist Raif Badawi, who was honored with the Daniel Pearl Award for Courage and Integrity in Journalism (his wife Ensaf Haidar accepted the award on his behalf); Business editor of Los Angeles Times Kimi Yoshino received the President’s Award; broadcast journalist Lester Holt of NBC Nightly News with Lester Holt and Dateline accepted the Joseph M. Quinn Award for lifetime achievement; and singer Dolly Parton got the Bill Rosendahl Public Service Award for her reading advocacy – her Imagination Library mails over one million free books to pre-school kids each month.