Steven Soderbergh on Films, the Future and the Way Forward

by Silvia Bizio July 3, 2020
Share on FacebookShare on TwitterShare on PinterestCopy URL 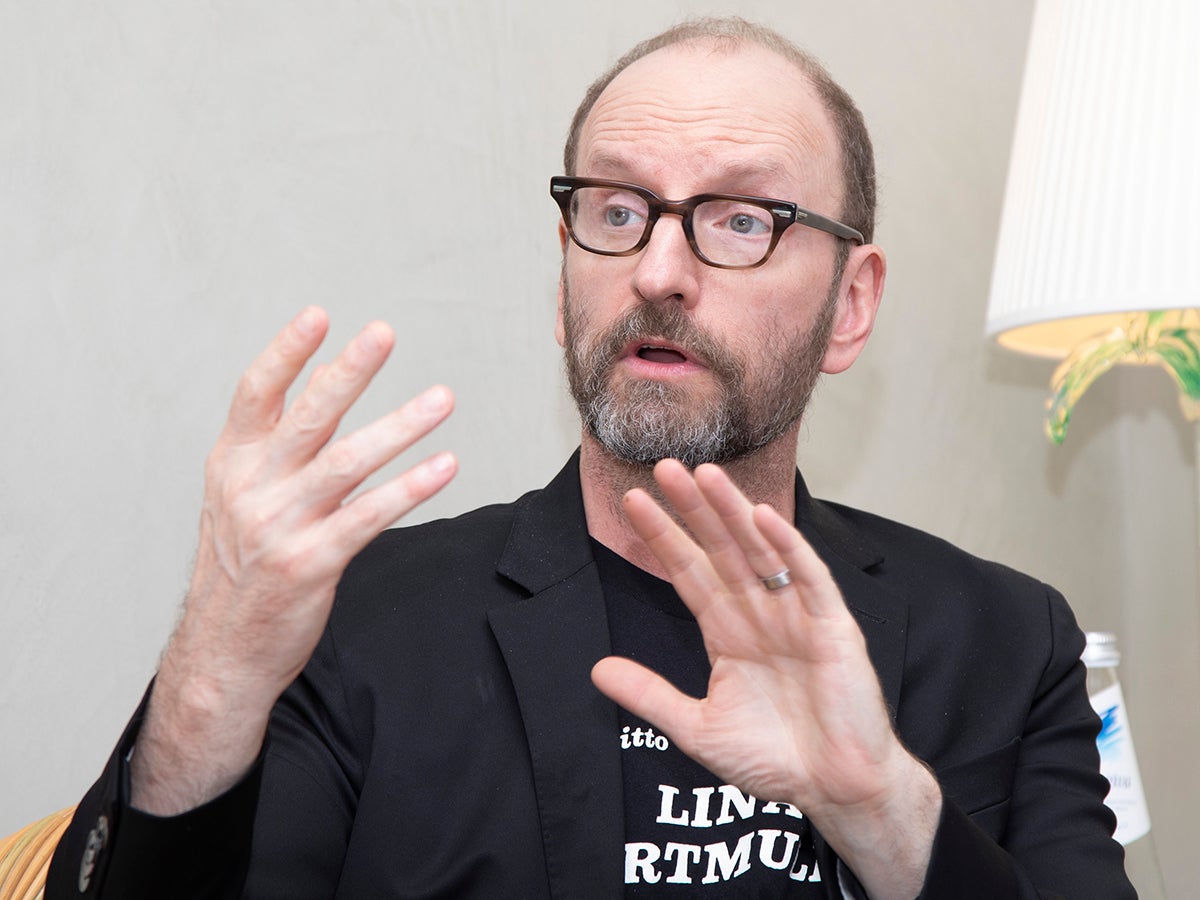 Steven Soderbergh, 57, is always on the cutting edge. 30-plus years after the Sundance debut of Sex, Lies, and Videotape, 20 years since his Best Director Oscar for Traffic and almost 10 years from the prophetic Contagion, the director, writer, producer, and cinematographer is promoting Beats, by young director Brian Welsh. The indie movie is about an illegal rave in Scotland in the '90s and streams on the Slamdance Festival channel. Soderbergh also led the DGA commission charged with determining when and how film productions can safely resume. In the meantime, the hyperactive Soderbergh keeps directing and producing film and television, and he was able to wrap principal photography of Let Them All Talk just before the start of the pandemic. It is a big production about a transatlantic journey on the Queen Mary II starring Meryl Streep (who also starred in Soderbergh's last movie, the anti-capitalist satire The Laundromat.) At a recent presentation of Beats, the director spoke remotely with Slamdance director Peter Baxter.

I’m good. I’ve gotten used to this Zoom, it doesn’t bother me anymore. I mean I would never do it for a one-on-one phone call but for meetings, I do find that it’s kind of helpful to see people’s expressions while they are talking.

You have helped many young filmmakers and their careers. What attracted you to Brian and this project as executive producer?

I had seen Brian’s episode of Black Mirror, The Entire History of You, and just thought it was beautifully directed. I tracked him down and reached out to find out what he was doing, who he was, what plans he had, and was offering any kind of assistance I could provide. And over the course of a series of conversations, he told me about Beats, which when I read it, I thought was really terrific, kind of a Scottish American Graffiti. I didn’t really do a lot, but I was happy to glom onto it and watch it happen.

With Covid, where do we find a home for cultured cinema in the global marketplace now in going forward?

We're still in the middle of it. The fact that Covid has hit at such an inflection point generally for the industry is kind of interesting. And it may end up either accelerating a movement into the next phase of how this is all going to work or providing some answers or choices that need to be made and determined because of this weird process that we are going through.  On the one hand, it’s leveled the playing field in the sense that as of today there’s no independent film that is in danger of being steamrolled by a movie that is opening on 5,000 screens because nothing is opening on 5,000 screens. Everybody is now watching stuff on platforms because that’s sort of the only option. What will be interesting to see is once the theaters start to open up, whether or not there is a business to be had when only a third of the theater can be full. Movies that do well tend to rely on repeat business. And it’s one thing to ask somebody to risk Covid exposure because they are really desperate to see this one particular title and they may do that, but I don’t know if they are going to do that three times.  So, we are in a really interesting period now and I’m really curious to see how it’s going to shake out when we are able to go back to theaters in numbers.

Do you see a return to business in the short term?

As much as TV series have dominated the culture of conversation lately, in the last few months I’ve heard people talk about making movies in a way that I haven’t heard in a while.  I don’t know if that’s a secular change or a cyclical change, but all bets are off right now and I think everybody is trying to figure out what the future is.

How do you see Hollywood during or post Covid era? How's creativity changing?

During the lockdown, like a lot of people, I went back to writing. Nobody can keep you from pounding on a keyboard and so that is what I went back to doing, and it was really good for me. The biggest negative impact on festivals is that there’s no opportunity, for the moment, that every young filmmaker dreams of, which is you have a screening of your film in a theater and everybody goes wow, we were there when they first showed that movie that ended up becoming really well known of that filmmaker that went on to create a body of work. Those are really wonderful moments for any young filmmaker, and that is the biggest loss, I think. Everybody is trying to figure out how big a move to make toward this new structure of screening things and putting festivals together because nobody knows how long the Covid situation is going to play out. There are just so many questions right now and I could only say that I think it’s going to be a while before we are going to have theaters open up where we would be allowed to really make that business thrive again. On a science level, we have still got some real hurdles to clear before that happens. Four of the five main guilds here in the US just published a report called The Safe Way Forward. And it outlines protocols for getting back on set safely. And as you can imagine, it involves a lot of testing.  And there’s going to need to be a dedicated health and safety department that’s pretty much dealing with Covid.

So, if you went on-location shooting how would a set look like? Do you have to quarantine?

You don’t have to isolate, you don’t have to quarantine, there’s just a very structured, targeted testing program. And if you follow these protocols, you would be as safe on set as you would be anywhere that is not your home. We did a lot of work on it and we got the best epidemiologist in the world, and the best modelers to show you how these things work and the difference between no testing, testing every day, testing every three days, testing once a week, we can show you what the effect is. Obviously, the biggest driver is the community infection rate where you are going to shoot. That’s the biggest factor in determining how often to test people. We did a model where basically the key factors were the community infection rate, how big is your crew, and how long is the shoot? Those are the key factors in terms of your risk assessment.

Presumably, you are well in with epidemiologists after making Contagion, right?

Yes, I stayed in touch with them and always hoped that we wouldn’t be in the situation we are now, although all of them nine years ago said we absolutely would be in this situation. So, they were ready, at least conceptually they were ready. And everything they said to me in January has come true. And one of the things they are saying is, this is not going anywhere, this is here to stay, and we are going to have to learn how to deal with it.

Until there is a vaccine?

Yeah pretty much. But then there are issues. We have never vaccinated seven billion people before, and so there are real question marks about how to make sure that that can be done safely. I am pro-vaccine obviously, but even if point zero zero zero two five of the population gets renal failure as a result of this vaccine, that’s tens of millions of people. And there is no shortcut to that. You have to let time go by to see if people react. So, we may have a working vaccine soon but making sure that it’s safe and that everybody can take it, that’s going to be a while.

One last question: your new projects?

Briefly I can tell you that I am in the middle of a curious experience, having made a film that was finished early this year that is supposed to come out this Fall, and which in terms of its subject matter, since it takes place on the Queen Mary II, crossing from the US to the UK, instantly has become a period film. It’s already part of a reality that doesn’t exist anymore and might not exist again in that form. So that’s kind of odd. And now I think we are all grappling with how to incorporate both Covid and the protest movement into any contemporary story that we are going to tell. Because it’s clear that both of these waves are going to result in changes that will be permanent. This is a conversation that I have been having with a lot of fellow filmmakers: if you are making a contemporary story, how do you integrate what is going on and not have it seem completely dated a year from now? We were two weeks from shooting Season Three of The Girlfriend Experience in London, and I have been talking to the writer-director Anja Marquardt about how she is dealing with a show about high-end escorts. It’s not enough to check somebody’s temperature, that’s meaningless, how is she going to screen clients? How do we incorporate this into the new world, and how do we do it in a way that is not feeling completely dated by the time the show is ready to go on the air? So, we are all trying to sort of navigate this. 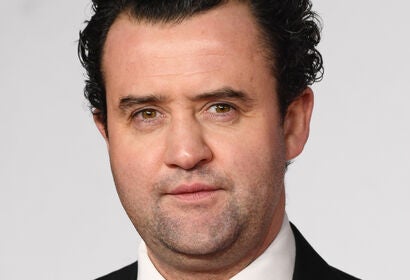