by Luca Celada January 25, 2020
Share on FacebookShare on TwitterShare on PinterestCopy URL 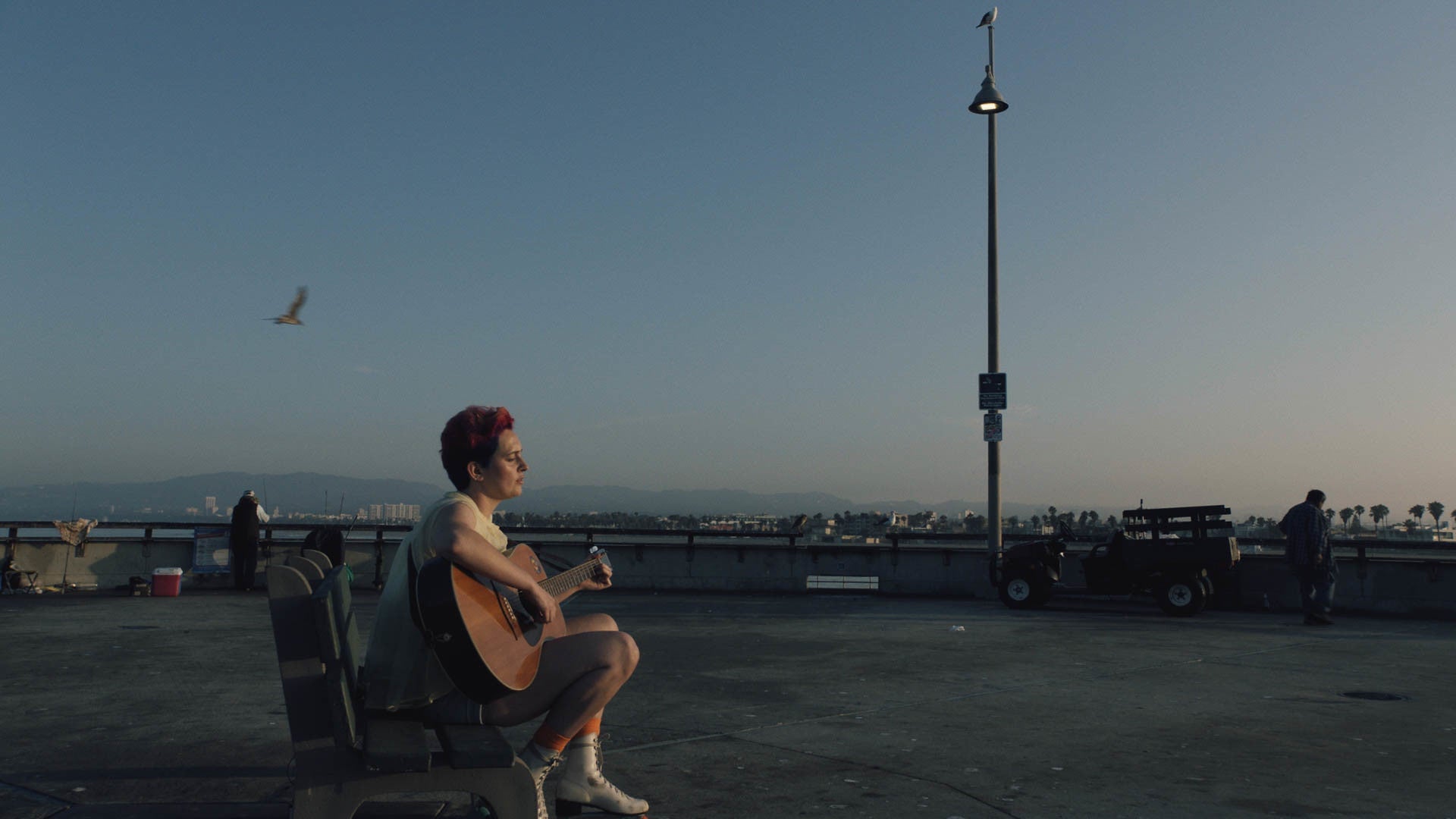 The crowd that packed the Sundance screening of Summertime at the MARC Theater in Park City was one of the most stoked in memory. Mostly because at least half the audience seemed to be made up by either cast, crew or friends of Carlos Lopez Estrada’s exuberant and experiential poetry-driven film.

The quasi-narrative film is propelled by barely the most tenuous of plots, unfolding rather like a rhyme-infused travelogue through the city of Los Angeles. But the words and the beats which propel the film also draw a map of the hearts and minds of the young multicolored poets that inhabit it.

The film is co-produced by Get Lit – the non-profit poetry organization which uses poetry to “increase literacy, empower youth and inspire communities.” The organization, which is supported in part by the HFPA, develops poetry-based curricula taught by secondary school English and performing arts teachers. Students are taught to read and recite poems and are then encouraged to write their own, perform them in filmed form and in poetry slams. Get Lit also runs Literary Riot, the first content production studio created and run by filmmakers, ages 13-23, who have previously trained as poets or filmmakers. This year Literary Riot was the recipient of an HFPA grant.

Estrada, whose previous Blindspotting was an engrossing take on urban identity and gentrification in Oakland, was  struck by the works he heard at one of the performances and embarked on the production od Summertime, a film he called “a miracle movie which by any logic should never had been produced.” Estrada who worked collaboratively with the poets with a loose and ever-changing script called their film a “narrative experiment,” and Summertime does indeed capture the raw energy of Sundance’s more experimental roots. It also harkens to the rich tradition of performative spoken word, to groups such as The Last Poets in Harlem or LA’s very own Watts Prophets, who utilized the form as a vehicle for self-expression and cultural identity, especially by marginalized and discriminated communities.

The young poets of Summertime rap, sing and shout their stories – both whimsical, funny and heart-wrenching. Always rooted in the experiences that bind them to neighborhood, community and ultimately their sprawling city. A fitting way to begin a festival that this year truly feels close to realizing its mission of diversifying outlooks and authorial points of view.

The exuberance of the mostly twenty-something young poets, who discovered their voices in high school but are now mostly in college (98% of Get Lit alums graduate to college studies) was an inspiring testament to community-based cultural activism and its power to affect positive change. All the way to a Sundance stage.