by Elisabeth Sereda February 2, 2019
Share on FacebookShare on TwitterShare on PinterestCopy URL 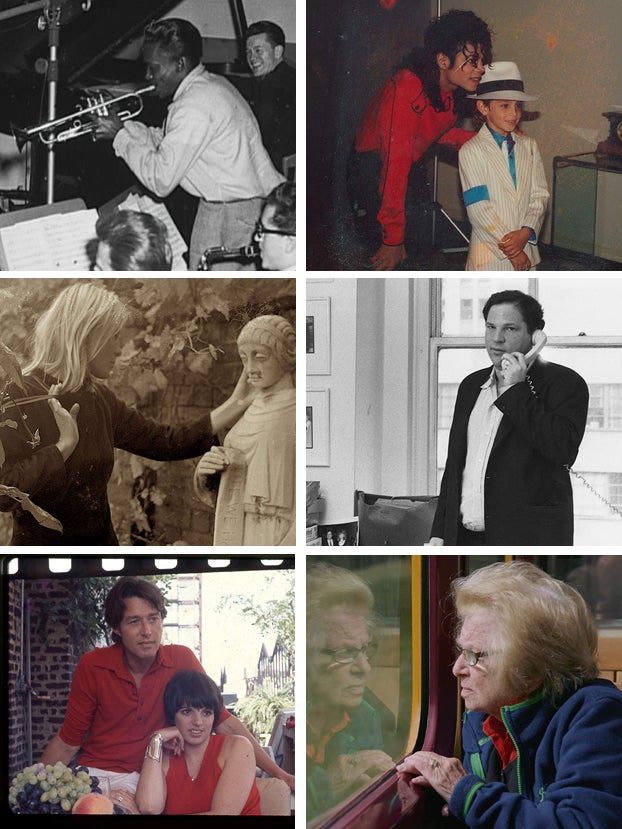 Documentaries are no longer feature films’ poor little relation and it's in no small way thanks to the Sundance Festival that has attracted, promoted and nursed many of them to successful runs, first in theaters,  and later on cable and streaming channels. It was at Park City that Alex Gibney premiered one of the hottest docs four years ago, Going Clear: Scientology & the Prison of Belief, and two years later Vice President Al Gore brought the sequel to his climate change film An Inconvenient Truth which itself caused a stir in 2006. The sequel opened the festival, as did What Happened, Miss Simone? about Nina Simone, the year before.

So it was no surprise that tickets to this year’s documentary line-up were just about as hard to come by as the big movie premieres. Let’s start with the well-crafted Miles Davis: Birth of the Cool by Stanley Nelson. Jazz has its legends – think Charlie Parker, John Coltrane or Dizzy Gillespie - but Miles Davis may well be the one standout, larger-than-life star of this genre, as anyone who ever worked with him, saw him live or interviewed him a few times can attest. Nelson does a fine job of capturing his cult of personality on top of his genius talent and his much-described mystique. And yet he does not gloss over Miles’ dark side: his penchant for completely crazy drug mixtures – cocaine & beer and whiskey with milk – that ultimately messed with his head. And his obsession with women, whom he loved deeply but treated horribly. Nelson shows Davis’ extremely privileged early life for a man born in 1920s Chicago to a father who was a dentist and owned a large farm, making him the second richest man in the state. Nonetheless, Davis felt America’s racism so much that in a very telling scene on the plane returning from Paris in the 50s, he gets so depressed he cannot speak. If you imagine a teenager who has never heard Miles Davis’ name much less his music walking into this movie, you just feel that that kid will run to buy all his records afterward. And that in itself is an amazing compliment to the filmmakers.

Another music documentary that had Sundance buzzing, albeit for entirely different reasons, was Leaving Neverland. You might still be able to listen to a Michael Jackson song here and there, but you will never be able to forget what you saw and heard in this four-hour long exposé on a man whose life was riddled with lawsuits and accusations of pedophilia. The doc centers on two of his victims, Wade Robson and Jimmy Safechuck. Interviewed separately their descriptions of how Jackson molested them match 100%. The screening drew protesters and police after threats were made against the filmmakers and alleged victims. Festival director John Cooper even opened the showing by saying that there were psychotherapists on hand for audience members in need of counseling. The doc is so graphic that many left during intermission. Not because they hated it but simply because they could not take anymore and said they prefer to finish watching it on the small screen once HBO starts to air it. The Jackson family, not surprisingly, called it a “public lynching”, hellbent on denying any wrongdoing by their most famous family member, as they have always done. In life, Michael Jackson was indicted on child abuse charges in 2005 but was found not guilty in a show trial. Previous charges were settled out of court and the singer was never convicted in spite of numerous allegations. Yet no one we spoke to after the screening had any doubt about his guilt after seeing the film.

Also dealing with music but much easier to like is Marianne & Leonard: Words of Love, which details the long love relationship between Leonard Cohen and Marianne Ihlen, his Norwegian muse. They met before he became famous and repressed viewers may be shocked by their early, carefree days in Greece when love meant free love and open marriage. Neither Leonard nor Marianne ever turned down a ménage a trois or a downright orgy in those days. Their love evolved and endured after he had his breakthrough and makes for a well-rounded film about the star and his muse by documentary master Nick Broomfield.

Not very shocking, at least not to those of us who have followed the story since October 5, 2017 (also known as “H-Day”), is Untouchable about Harvey Weinstein. The film offers not much new in terms of the allegations made against him. Interviews with actresses like Rosanna Arquette and Paz de la Huerta as well as a lot of the journalists who covered and uncovered the story, including Ronan Farrow, more or less reiterate what we have read and seen on the news. But it does take to task the enablers, the employees who could have objected and prevented a lot if they just had the guts to speak up. What was much eerier than the doc itself was the location: Weinstein had ruled over Sundance for more than 20 years, famously throwing parties and once a chair, and wining and dining distributors and reporters alike. Interestingly, Untouchable was produced by a foreign company, Studio Canal, not a US-based studio.

You don’t have to be familiar with designer Roy Halston Frowick, simply known as Halston, to be drawn into the film Halston by Frédérick Tcheng, who delves deeper into the tall, handsome man who was a fixture at Studio 54 and designed Jackie Kennedy’s famous pink pillbox hat. Starting as a window dresser in Chicago before becoming a milliner at Bergdorf’s in New York, he became a design star and was undone by his own greed when he sold out to Wall Street. The film shows how far ahead of his time the elusive designer was and makes one wonder if he could have turned his sellout around had he not died of AIDS in 1990, leaving the world with a mediocre line, Halston Heritage, that can be found in medium priced stores to this day.

In terms of moving and delightful, informative and humorous, nothing can beat Ask Dr. Ruth, the documentary about and with America’s beloved sex therapist, Dr. Ruth Westheimer, whose life is not only defined by sex but by the Holocaust that she survived while losing her entire family. The 90.5-year-old (she insists on giving her exact age) 4’9” woman from Wiesenfeld, Germany looms larger than life and the film captures her undying spirit as well as her openness in talking about a painful past. And really, there is only one thing, she won’t talk about, she told the HFPA: “About my sex life, nobody is going to know. As you see in the film, I say, you cannot go into my bedroom.”