At Sundance, a Powerful Film About Abuse

by Tina Jøhnk Christensen January 29, 2019
Share on FacebookShare on TwitterShare on PinterestCopy URL 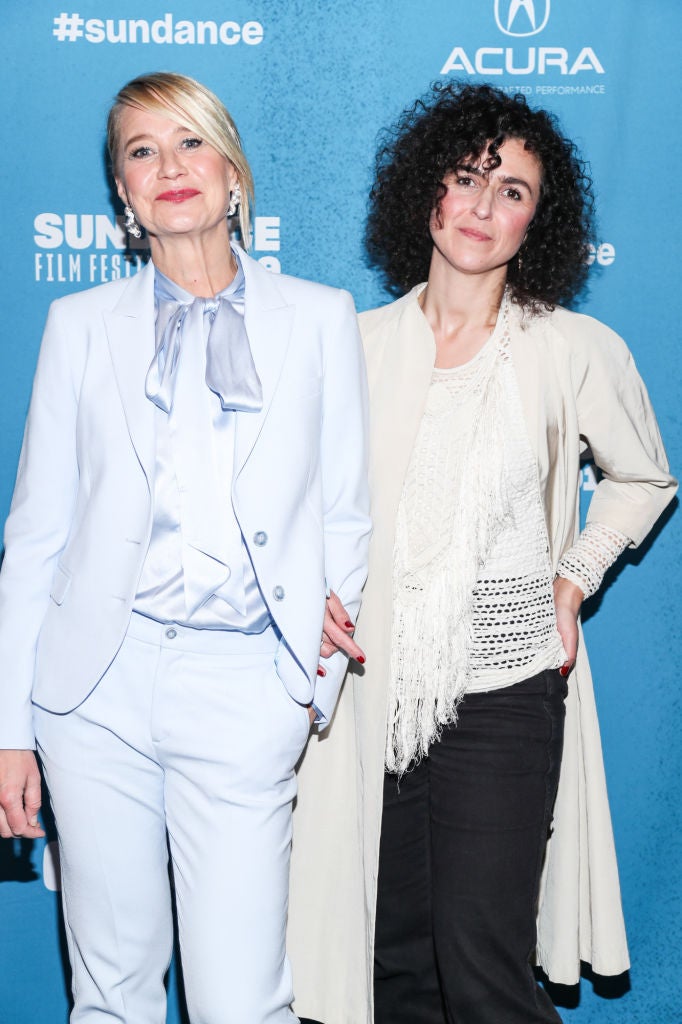 Trine Dyrholm and director May el-Toukhy attend the Queen Of Hearts Premiere during the 2019 Sundance Film Festival.

The audience is not let off the hook when a middle-aged woman played by Trine Dyrholm has an affair with her 17-year old stepson in Queen of Hearts. Danish director May el-Toukhy makes the audience see exactly what this means in very explicit sex scenes, in which the woman, a lawyer representing young victims of abuse, becomes an abuser herself. It’s a powerful film that forces the audience to question their own ethics and morality.

There is a scene in the film in which the stepson asks Anne “Who are you?” and she answers “You know who I am.” But who is this lawyer who defends abuse victims and then also abuses her stepson? And since you wrote the character, where did she come from in your mind?

May el-Toukhy: She is someone who breaks patterns. She comes from a broken home. But Trine and I did not decide on one truth about her past because Trine needed her own images in order to create the character and I used mine. When Maren Louise Kähne and I wrote the script, we talked about her background and we have the same definition of it. She came from a broken home and I think her mother was an alcoholic. I think there were a lot of men coming and going in that home and I think that Anne was at some point abused or had a relationship with one of her mother’s friends. So at a very young age, she had sex with someone willingly, but when you are 13 and have sex with an older man that can mark you. I spoke to a psychologist about this and people who have experienced this often follow two patterns: One pattern is that you become submissive in relationships and another pattern is that you become an abuser of others in order to protect yourself. Anne takes on the role of someone who seeks to dominate her surroundings.

Trine Dyrholm: I was invited to be part of the creative process at an early stage and so I was part of creating the character. She is a very complex woman and I think it is very important to create complex characters on screen because it makes them more real. This is a woman who is a lawyer and she is on the one hand very idealistic and fights for the children and has high ethics and moral and then throughout the film, she uses her professional abilities in the wrong way. She knows the system and she knows how to use it to her own advantage. I do not think she is a coldhearted woman though. I think she is lonely and longing for something even though I think she loves her husband and her children. But she is lonely in life and she cannot find a place to connect. So when her stepson comes and lives with them, he awakens something in her and she remembers her youth and it all comes alive again. He fills a gap in her.

Which kind of story did you set out to tell?

May el-Toukhy: The first idea was that we wanted to explore the making of a family secret. My writer Maren Louise Käehne and I were both fascinated by how much the most common narrative of the stepmother - stepson differs from the narrative of stepfather - stepdaughter. We know that a sexual relationship between a stepfather and a stepdaughter is downright wrong, but when you tell a story about a stepmother and a stepson, it becomes more difficult to navigate - and these stories tend to be over-romanticized. I think it depends on the viewers’ own moral, how they will feel about this specific story. Some viewers will say it is wrong very early on in the film and be against her and some people might even hope for it to happen and once it does happen and the consequences of it become obvious, they will start doubting if it was ok to wish for that.

She is a lawyer whose job it is to defend abuse victims. Yet she is an abuser herself. Why did you decide to make a defender of what is right and then an abuser at the same time?

May el-Toykhy: I find it fascinating when people are in a position of power where they do a lot of good in the world and then at the same time they have this dark side. It rings true to me when you look at the world. There have been cases of people doing a lot of good for children but then it turns out they are pedophiles. That contrast is fascinating because even though they are hurting people they are also doing good. So I wanted to explore this duality. 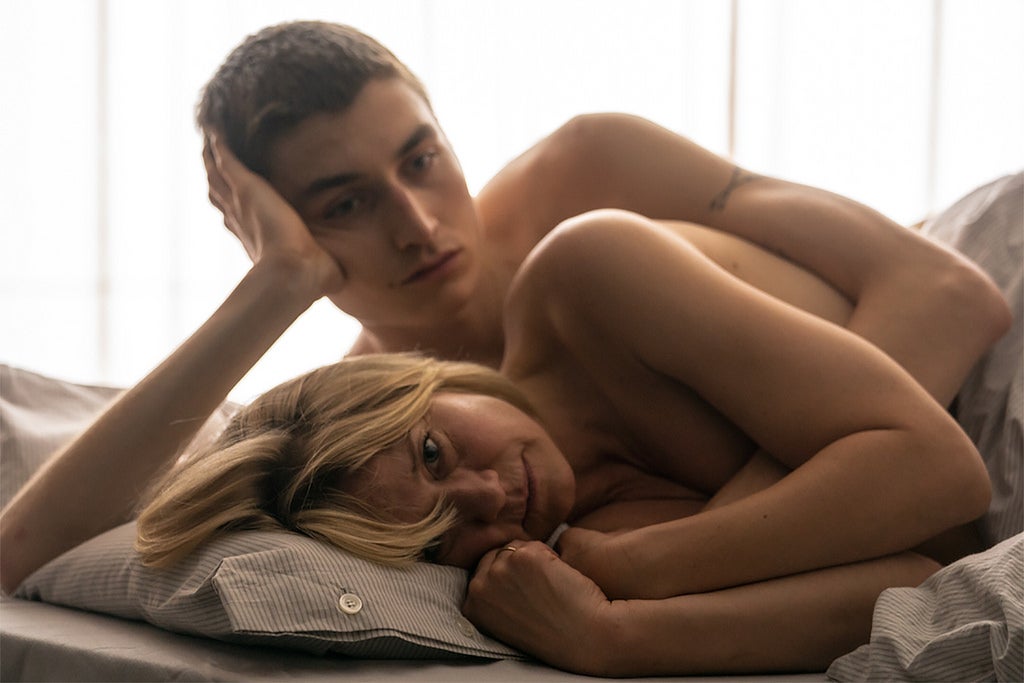 Trine Dyrholm and Gustav Lindh in Queen of Hearts.

You show very explicit sex scenes between Anne and her stepson. Was this a deliberate choice? And when you saw the film at Sundance with an audience what did that feel like?

May el-Toukhy: When I showed it to the audience in Park City, I almost felt sorry for people. I knew the scene was coming and I felt: ‘let’s just jump over this part’. But at the same time, it was vital for me to show the brutality of this relationship. We have a tendency to over-romanticize the relationship between older women and younger men. I wanted to make the audience complicit. It serves the story I think.

Trine Dyrholm: May wanted the sex scenes to be quite explicit because she wanted the audience to be part of the story. I think it is extremely important to the film. When you do a sex scene it is so important to ask what we are trying to tell about the characters and I think these scenes are character-driven. They say so much about the people involved. But it is always difficult to watch yourself, and it was the first time that I saw the whole film here at Sundance. It was a good experience but I also felt it was pushing boundaries.

You wrote the script of Queen of Hearts before the MeToo movement, right?

May el-Toukhy: As an artist, you have to try to be there before. And it does not really matter to me whether it is a man or a woman doing the assault, because the dynamics are the same: She uses her power and she does not acknowledge the responsibility she has with having this power. With power comes an entitlement.

Trine Dyrholm: It is about power and abuse of power and manipulation. It is about the way that she manipulates her husband and Gustav and probably without knowing it before it is too late.

Even though your team is predominantly female, you invite the audience to sympathize with the male characters. Was this deliberate?

May el-Toukhy: Yes, because for me one of the problems we have with cinema right now is that we have a lack of female leads. This is partly because we do not dare to tell stories that are more complex. The main character has to be complex to carry a whole movie and I think we have to dare tell complex stories about women too. We have to be willing to go to the dark places of female characters.

Trine Dyrholm: For me, it is not about gender. It is about being equal in all matters. It is very important to talk about human beings and we have to be ready to tell the stories about complex female characters because it is not only the good stories or the female victim stories that are important to tell. It is also the dark sides. Women can be as terrible as men.

How significant is it for you to be here at Sundance with the film and to get such great reviews?

Trine Dyrholm: I am very overwhelmed about it and it is fantastic. As I said to someone yesterday, we are trying to play cool, but we have big smiles on our faces all the time. It is very special to be here with this film. 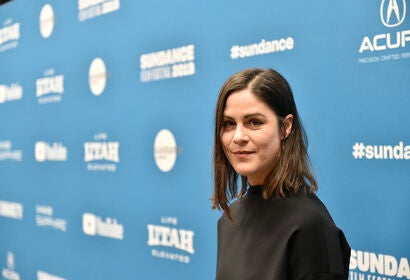