by Elisa Leonelli November 28, 2017
Share on FacebookShare on TwitterShare on PinterestCopy URL

Tulipani (tulips), subtitled Love, Honor and a Bicycle, directed by Mike van Diem from an original screenplay by Peter van Wijk, is a tragic story told with a sense of humor.

It starts in 1980 with the death of an old Italian woman in Montreal, Canada. She asks her daughter Anna (Ksenia Solo) to bring her ashes back to her village in Italy, where Anna and the audience learn what really happened to her parents. We see black and white footage of the disastrous North Sea flood that struck the Netherlands on January 31, 1953 (the year the screenwriter was born), when 1,836 people were killed and 70,000 were forced to evacuate. One of the refugees, tall, handsome Gauke (Gijs Naber), decides to leave his country, so his future children won’t get their socks wet. He sells his farm and bicycles to Southern Italy, stopping in the southern region of Puglia, where he buys a trullo, a traditional stone hut with a conical roof, and some land, where he plants fields of tulips. He becomes friends with local blacksmith Piero (Giorgio Pasotti) and his wife Chiara (Donatella Finocchiaro).

As told by Immacolata (Lidia Vitale) to a police inspector (Giancarlo Giannini) investigating a murder, this story has elements of a tall tale. It took Gauke only five days to cover the more than 1,000-mile distance between Holland and Italy. Thousands of multicolored tulips blossomed overnight in his fields. His wife Ria (Anneke Sluiters) looks like a blond, blue-eyed Madonna and child when she arrives in Italy carrying their infant daughter. “She was the most beautiful woman I ever saw,” remembers Immacolata’s son Vito (Michele Venitucci). The wedding of Gauke and Ria is a dream sequence. Everybody in the village warmly welcomes the Dutch couple and marvels at their courage; but there is a villain, the local mafia boss who demands protection money from every resident.

An Italian-Dutch co-production, Tulipani was shot in the village of Ginosa, near Taranto, with an Italian crew and well-known Italian actors. Four kinds of tulips were employed for the filming, some were real, some were digital, others were made in China out of silk or rubber. Tulips are usually planted by color, all the reds in one row, all the yellow in another, and so on, not mixed up in multicolored rows, as in the film. But, after all, this IS a fairy tale, the wishful fantasy of a Dutch immigrant living in Montreal, who longs to spend time in Italy, as he did when he was growing up in Holland in the 1950s. 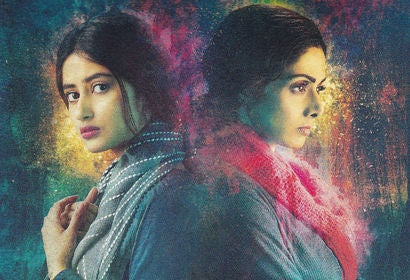 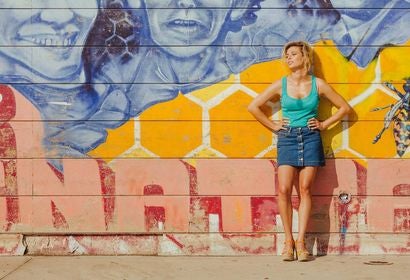