Venice 2018: Ryan Gosling and Damien Chazellle Go to the Moon

by Silvia Bizio August 30, 2018
Share on FacebookShare on TwitterShare on PinterestCopy URL 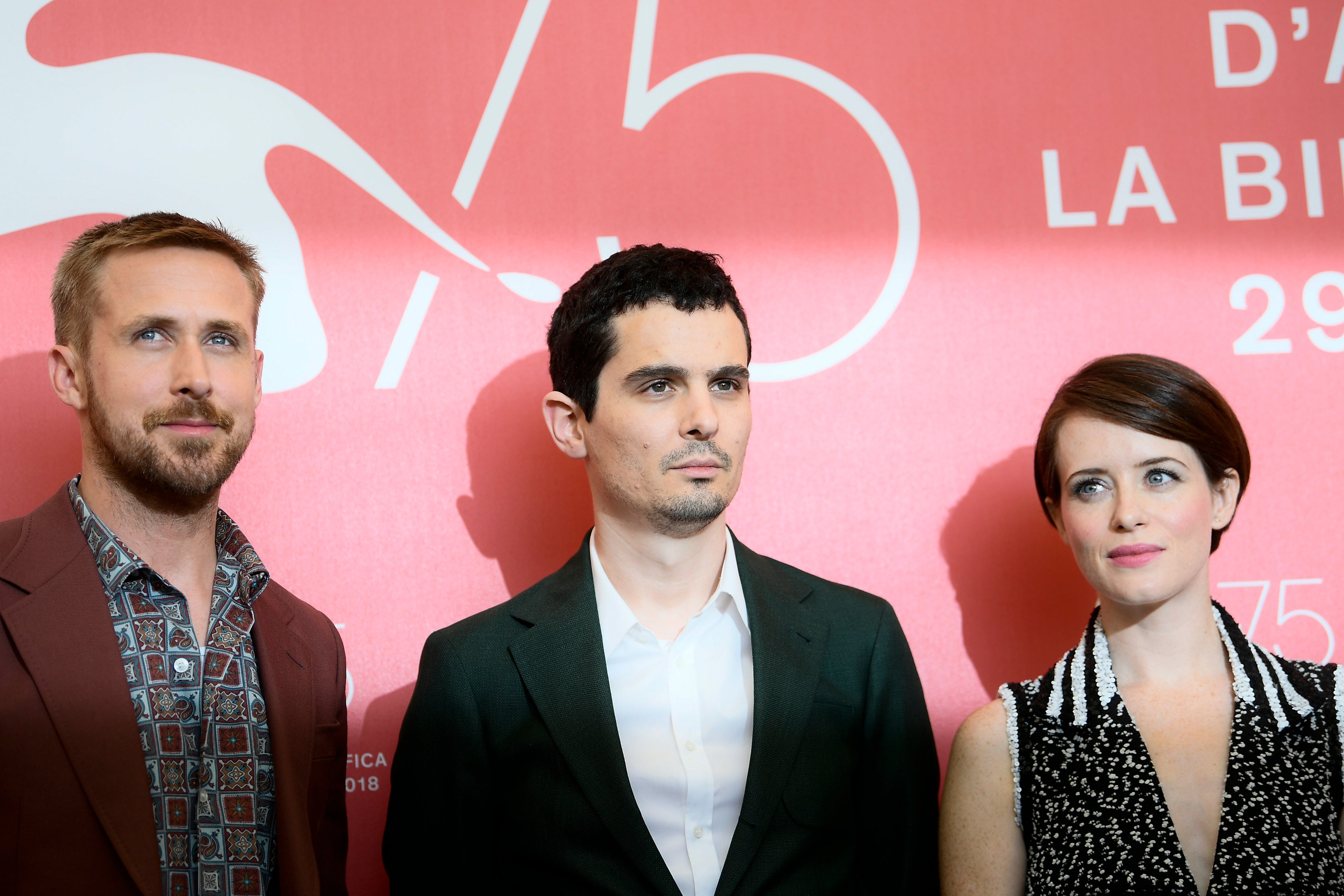 Damien Chazelle is the youngest director whose film had the honor of opening the Venice Film Festival twice within two years. Two years ago with his successful, Golden Globe-winning, La La Land and again this year with his new film, First Man, in which Chazelle once again teams up with Ryan Gosling. Gosling plays astronaut Neil Armstrong, the first man to set foot on the Moon during the historic Apollo 11 mission on July 20, 1969. Claire Foy is the strong, loyal and passionate, wife to Armstrong, Janet, and the film alternates between the private life of the man (who tragically lost a small daughter to cancer) and his outsized role in the Moon race.

At the Excelsior Hotel on the Lido, shortly before the premiere of the film, we met with Chazelle, in Venice literally for 24 hours on the way to the Telluride Film Festival, and with the actors.  “I wasn’t always fascinated by space,” Chazelle says, “not so much growing up, or no more than any other kid, until more recently I started watching archival footage and something sparked my interest. I was fascinated how humans could do this, how scary it would be to be hurdled into space in that tiny aircraft, I wanted to understand that type of psychology because it sounded so alien to me.”

Chazelle left the more in-depth side of the research to the screenwriter, Josh Singer: “It is such a huge subject, the more you learn the more you realize you don’t know,” he says with a grin, adding: “But the little research I did on space exploration helped me realize how hard it is. I don’t know if that makes me in favor or not, certainly there is a reason why we haven’t been back to the moon, because it is so hard; it was such an anomaly when it happened at all, so I wanted to understand how a special that moment was, for better or for worse.” And he concludes: “And I am certainly not in favor of Space Force, we seem a long way from actually doing legitimate things in space!” 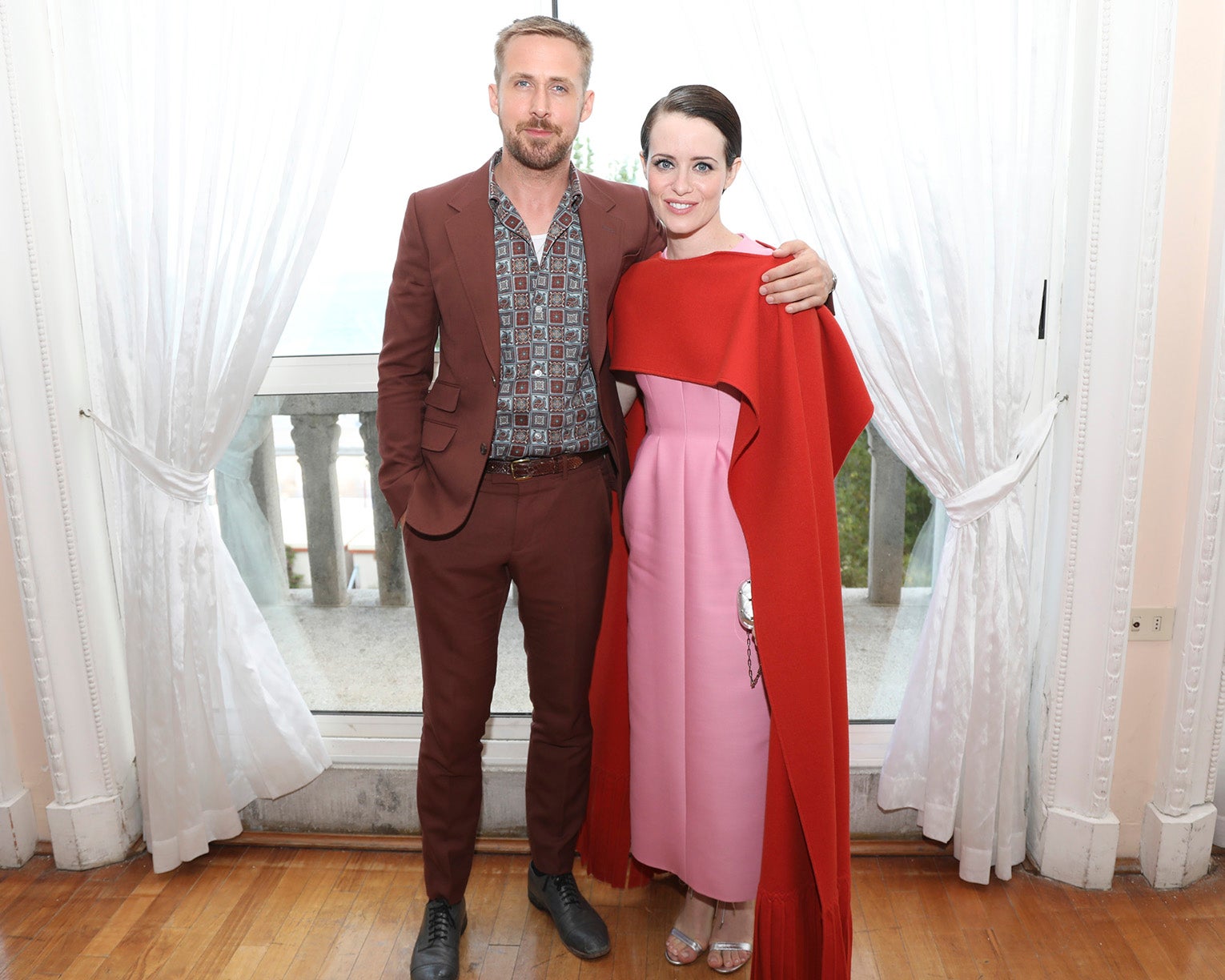 Ryan Gosling and Claire Foy at the HFPA reception in Venice.

Finding out about space was mind-boggling for Ryan Gosling as well: “I don’t think I fully appreciated how dangerous these missions were, how primitive the technology was by today’s comparisons,” the actor says. “I am sure you have heard the analogy that there’s more computing power in our phones than there was in those capsules.  And yet they managed to accomplish this seemingly impossible task.”  Neil, Gosling observes, “was a very deep person.  There was a poetic nature there, but a very fiercely scientific mind.”

Gosling himself becomes poetic in reflecting about the nature of space travel those first astronauts did and what the movie taught him: “They went to explore the Moon, but what they really discovered was the Earth.  It was the first time that they had gotten enough distance from the earth to really perceive our planet alone in the vastness of space. Those photographs that I grew up on of the earth in space, the totality, were taken on those early Apollo missions.  And it was the first time we really got to see ourselves and how fragile it all is and how lucky we are and how special this planet is, in context to the unforgiving nature of the universe.”

It was not easy for Claire Foy to play Janet Armstrong and the kind of life she and the other wives were living while seeing their husbands risk their lives and not knowing whether they would come back home at night: “I think the only way I could make any sense living in that state of permanent danger was when people go to war,” says the British actress, who will soon be seen in The Girl in the Spider’s Web. “When Janet married Neil, she didn’t marry him knowing he was going to be an astronaut, but she married him knowing that he flew planes quite fast and very dangerously.  But she knew that he would always take care of himself.  But when it came to the Apollo missions, that’s when it went up a notch and it felt a bit out of control.  That’s what the film explores, is what drives people to do things which seemingly are sort of suicidal.” 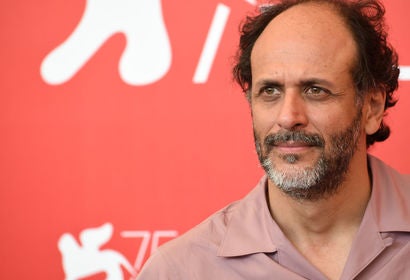 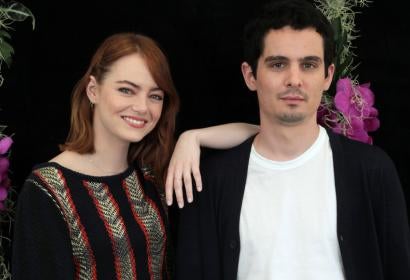