Venice Report: I Am Greta

by Elisabeth Sereda September 4, 2020
Share on FacebookShare on TwitterShare on PinterestCopy URL 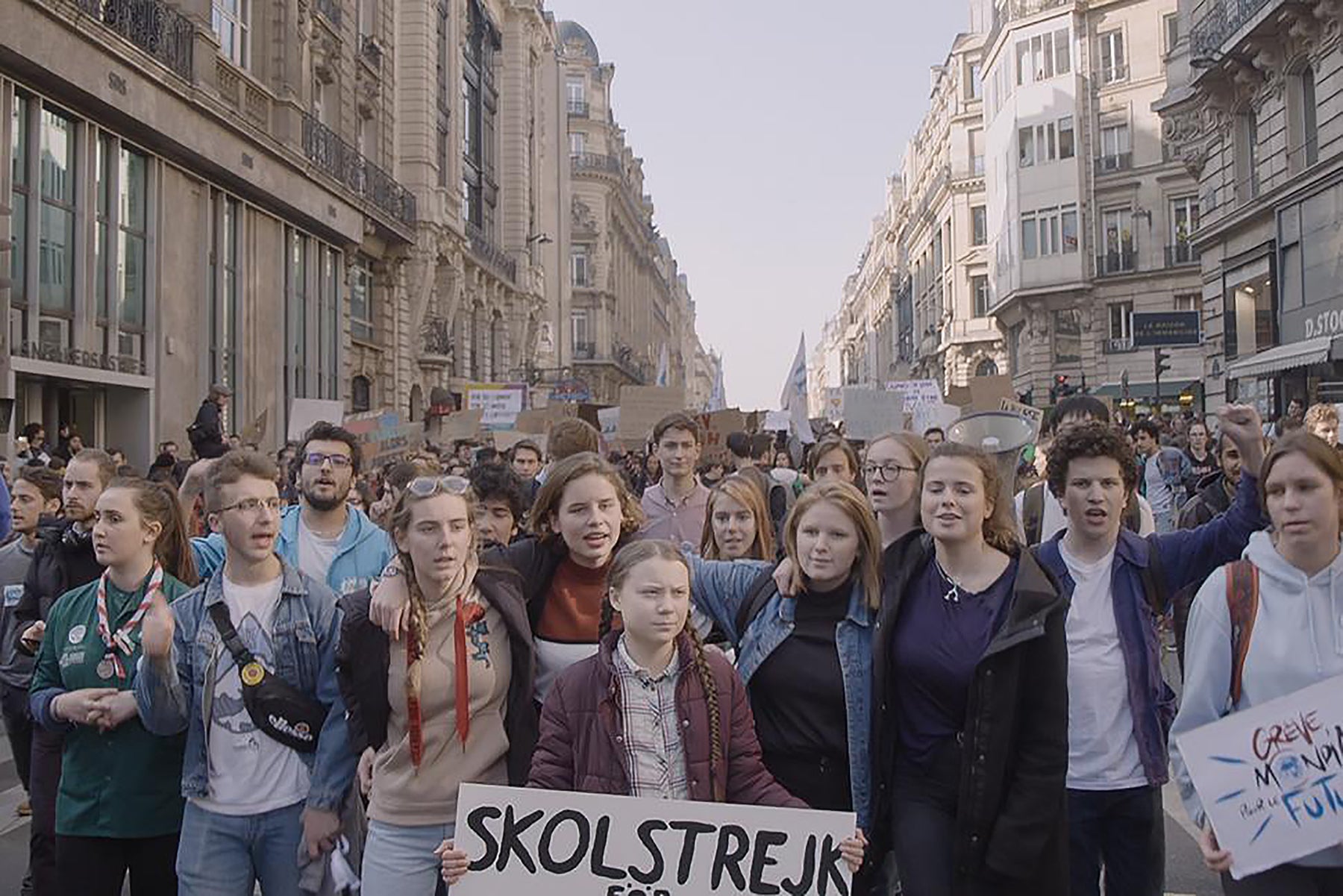 The highly-anticipated documentary about climate activist Greta Thunberg premiered to what would be deafening applause in a year of social closeness not distancing. Still, the atmosphere in the half-empty theater was filled with cheers and appreciation and rightfully so. The surprising aspect about the doc is not the protagonist herself, who’s professional – if one can call it that – story we are all by now familiar with, but rather the access that director Nathan Grossman got to her and the material.

The film manages to show the person behind the activist and gently peels back the tough layers of a teenager who rarely smiles in public and often comes across as stern and depressed. (Who wouldn’t be, given the state of the climate crisis and being aware of the scientific details?) What started with a lone school strike in front of the parliament in Stockholm became a global movement with as many as 35,000 young people joining in, and all within three years. The director follows Greta and her father Svante from the beginning of this journey to her rise as the voice of a generation.

Along the way we really get to know Greta, the girl who was bullied at school throughout her entire childhood and did not have any friends, retreating into the comfort of her family and her beloved Labrador. She has Asperger’s, and when asked if she suffered from it in one scene, she responds: “I don’t suffer from it, but, yes, I have it.” It explains her laser-sharp focus and her brilliant mind. As well as her loneliness and depression. “Who wouldn’t be depressed when they realize that nothing has been accomplished,” she asks, “I wish more people would be depressed.”

The camera follows her as she meets world leaders, the UN-Secretary, and even the Pope. Only French President Emmanuel Macron comes across as halfway simpatico in her presence. The rest of the world’s decision-makers are rendered fools who do not listen or are too cynical to do anything that would save the planet. And she has her detractors in rightwing politicians like Donald Trump, Vladimir Putin, and Jay Bolsonaro and the media, from Fox News to uninformed pundits like Piers Morgan who publicly berate, ridicule, and attacks her. With arrogance, meanness, and sexism. One would assume that these attacks would break her like a thin-skinned Hollywood actor who is devasted by a bad review. But no. In one scene she reads the comments to her father and can’t help laughing out loud and interrupting herself with giggles. It is abundantly clear who the real fools are, and she knows it.

Her heartfelt laughter and age-appropriate silliness are surprising and freeing. The most touching scenes are the ones where she sways her whole body like a dancer, her way of releasing the stress, genuine and real, which is what she embodies every second of her young life: absolute authenticity. This also shows when she breaks down on that long voyage from Rotterdam to New York on a sailboat, because she walks the walk and she was not going to attend the climate summit in Manhattan by ruining her ecological footprint with flying. Maybe it is her exhaustion, not just from the endless trek across the Atlantic but two years of activism that made her give her most famous speech where she accused the grownups of ruining her childhood and her generation’s future.

For she is truly devastated only by the state of the world. As we all should be.