Women Raising the Voices in Cannes

by Margaret Gardiner May 30, 2017
Share on FacebookShare on TwitterShare on PinterestCopy URL 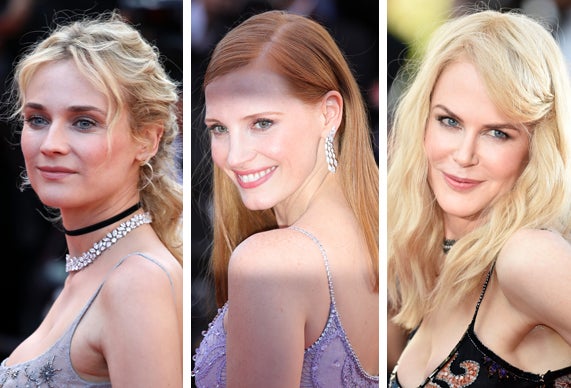 Could 2017 go down as the year of the women despite men taking all of the top awards at the Cannes Film Festival, bar one? The Palme d’Or went to Ruben Östlund, for the Swedish satire The Square. The runner-up Grand Prix went to festival favorite 120 Beats per Minute, by French director Robin Campillo, and Russian director Andrey Zvyagintsev was awarded the Jury Prize for his drama Loveless. Best Screenplay went to Greek director Yorgos Lanthimos  The Killing of a Sacred Deer, which he also directed. Sofia Coppola made history in becoming only the second woman to take a Best Director award for her film The Beguiled in Cannes 70 year history. The last time that happened was in 1961 when Yulia Solntseva won forThe Story of the Flaming Years. Oh – right – a special category was created for Nicole Kidman who appeared in four films, two in competition. It seems like you have to do more for your work to get noticed – and there’s the rub.

When only 7% of films are directed by women, the chances of their work being lauded becomes proportionally less. When studios make the decisions of which projects to fund and look at the names of people who are winners of awards and see mainly men listed, they are more likely to give a movie to a man to helm and less likely to include a woman on the list of people for consideration. If you are not on the list, you cannot get the opportunity to compete. Until this reality changes, equity in access to power will not come about. Only one woman, Jane Campion, has ever won the festival's top prize. As director Ava DuVernay noted, “Women and people of color need to be playing the game and the best way to be playing that game is to be in the game.”

It’s a theme that women talked about to other women everywhere at Cannes.

Jessica Chastain, a jury member at this year’s Cannes Film Festival, took time out to note. “There are some exceptions…” but, “for the most part, I was surprised with the representation of female characters on screen in these films. It was quite disturbing to me” “This is the first time I watched 20 films in 10 days, and I love movies, and the one thing I really took away from this experience is how the world views women,” “I do hope that when we include more female storytellers, we will have more women that I recognize in my day-to-day life. Ones who are pro-active, have their own agencies, just don’t react to the men around them. They have their own point-of-view,” she added. At the Beguiled press conference, Nicole Kidman addressed the issue. “Everyone is saying it’s so different now – but it isn’t. Listen to the statistics. It’s important to say them and keep saying them. We as women have to support female directors, that’s a given now.”

While little sympathy exists outside of entertainment for the drive for equal pay and representation for women and minorities in the industry – the perception being that actresses are a privileged class getting huge paychecks and should be grateful to be working – the truth is that the lack of female-centric stories is reflective of the power strata in society. Diane Kruger, who took the award for Best Actress in In the Fade is taking things into her own hands. “I’m producing a movie about Hedy Lemarr – the actress from the 1940s who was instrumental in developing a radio guidance system for Allied torpedoes and whose work is incorporated into Wi-Fi and Bluetooth technology.”

As with last year’s film, Hidden Figures, women are producing movies showing women achieving in non-traditional fields. “It's important to have representations for girls to see themselves doing those jobs they don't imagine themselves in because there is gender disparity,” added Kruger who also participated in the Kering- hosted talks, Women In Motion, a forum to explore reasons for the lack of diversity in power positions behind the camera and on the silver screen. Salma Hayek Pinault, Isabelle Huppert and Robin Wright were among the women participating.

Robin Wright, promoting The Dark Night a short film she directed, after cutting her teeth as a director on Netflix’s House of Cards, feels the solution lies in encouraging women to amplify their voice. “You don’t have to yell. You can just stand your ground and speak your truth.” She smiles, “We don’t want to be separate. We don’t want to create more disparity because we are not being treated the same way. We just want to join forces and speak out about it.” 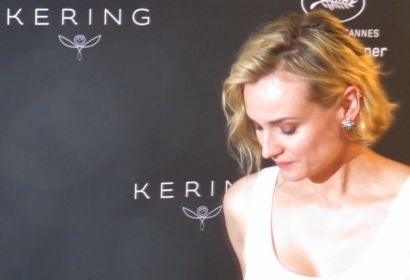