by Meher Tatna December 4, 2013
Share on FacebookShare on TwitterShare on PinterestCopy URL 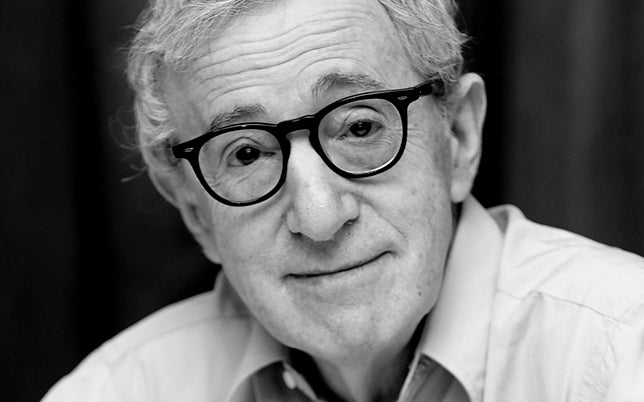 Woody Allen was once asked at an HFPA press conference what he would be if he weren’t a filmmaker. “I’ve given it a lot of thought,” he says. “I’d be on a bike delivering messages in the city. I need an outside job and I wouldn’t be intellectually suited for anything.” Instead, in between practicing his clarinet, playing with his kids and watching basketball on television, Allen has kept up the remarkable pace of making a movie a year. “I do a movie every single year to distract myself because if I don’t, then I’m thinking, what’s going to happen to me? One day I just won’t wake up in the morning or I’ll be walking along the street and I’ll drop dead of a heart attack. I mean, people are born, they die, it doesn’t mean anything. It’s a pretty grim scenario, so what you need is distraction and I fill my life with distractions.” His bleak existential view is his trademark, as much as his inimitable humor and prolificacy.

He writes his screenplays, casts his movies, selects his crew, edits the films and puts in the music with no studio interference: He’s the rare film auteur with absolute power of final cut. But for Allen, auteurdom is a double-edged sword: “I’ve often said this. There’s no excuse for me not to be the greatest filmmaker in the world because I can do whatever I want, and the only reason that I’m not is because I can’t. I don’t have any more insight, substance, depth, brilliance, you know, I gave you my best shot.” Of course his legions of fans don’t agree with that sentiment. In a career spanning more than 60 years, there have been 73 movies, which he has written and most of which he directed, as well as plays, books and short stories.

Among his numerous awards, he has been nominated 12 times for Golden Globe Awards and has won 4 times. He has more Academy Award screenwriting nominations than anyone else. In a few months, a Woody Allen movie is made from start to finish. They all start with ideas that are on scraps of paper on his nightstand along with “a policeman’s billy in case someone breaks in at night.” He is disciplined about writing and writes every day. “I write on a yellow pad with a pen, and then I go over to my typewriter and I type it up. I am still working on my Olympia Portable, the $40 one that I bought when I was 16. It’s still as good as new. I swear you could drop it out of an apartment house and nothing would hurt it.” Equally famous is his habit of not giving out the whole script to the actors he casts. “I’ve always felt that when the actor knows where everything is going, he tends to do what they call in acting class ‘playing the result.’ They play the end of it, and they know where they’re going. But if they don’t know where they’re going, it’s fun. They trust me, and I do my best not to disappoint them.” Those with leading roles get to read the whole script for a couple of hours, but they have to give it back because “they can xerox it and give it to some producer and next thing you know I’m getting input."

On-set there are short production days and not much direction. Allen’s actors have complete freedom to improvise lines and make moves on instinct without worrying about camera angles. “I’m not a big hands-on director because I always feel that I hire very good people. They come in and do it and they do it well and then afterwards I look good. If they do something terrible, I tell them. You know, they say, ‘Oh, the dialogue, the scenes, the acting is all so great.’ Yeah, it’s great. They’re making up the dialogue. They’re doing the acting. And I’m sitting there saying, very good, now we can have lunch.” He also never stands behind the monitor, calls ‘action,’ and his films are never looped.

Over the black and white credits of each movie is jazz music, music he selects himself from his own personal collection that he keeps in his editing room. “I don’t have to deal with a composer and I don’t have to insult him and say, oh no, your score is all wrong.” And then there is the title. Surprisingly that is selected once the movie is finished, which is why all his works in progress are called Woody Allen Summer Project. “Very often I’ll title a picture depending on how it comes out. When I see it, if it comes out good, I’ll have an aggressive title. A confident title. If I think the film is bad, I give it what I would call one of my hiding titles so I don’t offend anybody. But when I have titles to begin with, I always give them out because it only helps the picture to have the name of the picture out.”

How does he see his legacy? In typical Allen fashion, he doesn’t care what happens once he’s passed on. “I’m not a big legacy person. To me when I die, you can take my films and dump them in the sewer. It doesn’t matter to me at all because once I die, who cares?” After all, according to Allen, “films are not my priority in life. I went into films so I could meet attractive women.” 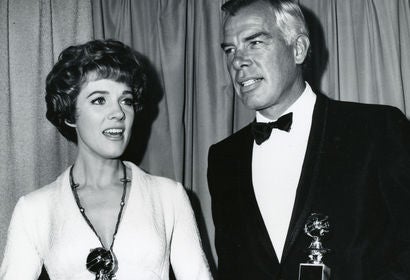