by Lorenzo Soria August 21, 2017
Share on FacebookShare on TwitterShare on PinterestCopy URL 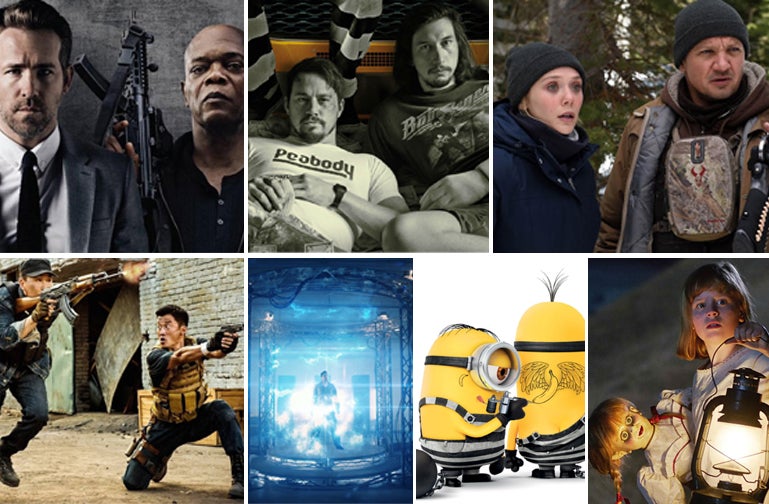 After another sluggish peak summer weekend Lionsgate and Millennium Films’ The Hitman’s Bodyguard shot to the top of the domestic chart with a $21 million opening. This highly explosive comedy stars Samuel L. Jackson and Ryan Reynolds as a notorious hit man, one of the world’s deadliest, and a body guard who offers his services to this talented killer. Jackson’s character finds himself needing protection after he is called to serve as a key witness in a war crimes trial against a Belarusian dictator. The indicted dictator naturally wants to keep him from testifying and Jackson and Reynolds have to put their skills to the test as they battle off hordes of heavily armed assassins. H’s BG played pretty heavily male, as expected, with men making up 60% percent of US theatergoers. Overseas totals have reached $6.5 million, with $2.57 coming from a number one opening in the UK. Hitman’s global take is now $28.1 million after its first week in 11 territories.

Fellow newcomer Logan Lucky did break the top ten but played its cards completely wrong and only landed $8 million after its first frame in North America. This heist comedy from Steven Soderbergh takes a cue from the odd couple buddy parings that worked for him in the Ocean’s films of the 2000s. Channing Tatum and Adam Driver star as a pair of blue-collar underachievers who decide to rob a NASCAR event after being laid off during a construction gig at the Charlotte Motor Speedway in North Carolina. It has a few off kilter casting choices, like Seth McFarlane as an eccentric yankeephile English businessman, and Daniel Craig peroxide blonde Tennessean safecracker. Unfortunately for them Lucky lost its bout with Hitman for the over 25 male crowd, and longer term prospects for the film will be hurt by its B Cinemascore. It had a limited release in Australia, taking $551K.

There is one American success story to report before moving on to the brighter news coming from abroad. Miramax’s Wind River, a gritty story about a murder deep in a Wyoming Shoshone Indian reservation, started its journey towards nationwide release with a $3 million haul from 694 theatres. Jeremy Renner and Elizabeth Olsen star while Golden Globe nominated writer Taylor Sheridan, known for penning Sicario and Hell or High Water. A bigger US push and major foreign release will stretch until mid September.

After a season long slump in the US, sales have reached the peak of failure with this weekend’s receipts representing the lowest number of theatergoers for the entire year. Box office takes for the whole of the US and Canada was just $96 million, nearly 30% less than the same weekend in 2016. Meanwhile the Chinese film industry continues to enjoy a diametrically better summer. Super hit Wolf Warrior 2 just earned $36 million from its seventh week in theaters. Total global sales for the action flic have reached $774 million. It’s now had the second biggest single market haul of all time, leaving Avatar’s $760 million US run in the dust. Last week we predicted that The Force Awakens’  $936 million record would remain untouchable, but at this point Wolf director Wu Jing may be taking that trophy away by the middle of September

To leave off on a positive note for Hollywood, Despicable Me 3 reached a $942 million, and Annabelle: Creation crossed $150 million global.

Next weekend in film is going to be about religious drama All Saints, Bruce Lee tribute Birth of the Dragon, and the re-release of Terminator 2: Judgment Day in 4K 3D conversions. 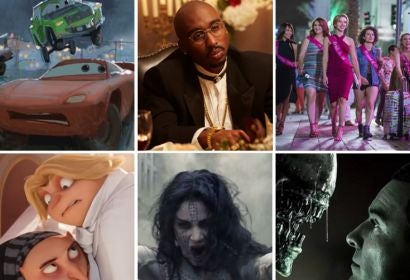