by Lorenzo Soria August 29, 2016
Share on FacebookShare on TwitterShare on PinterestCopy URL 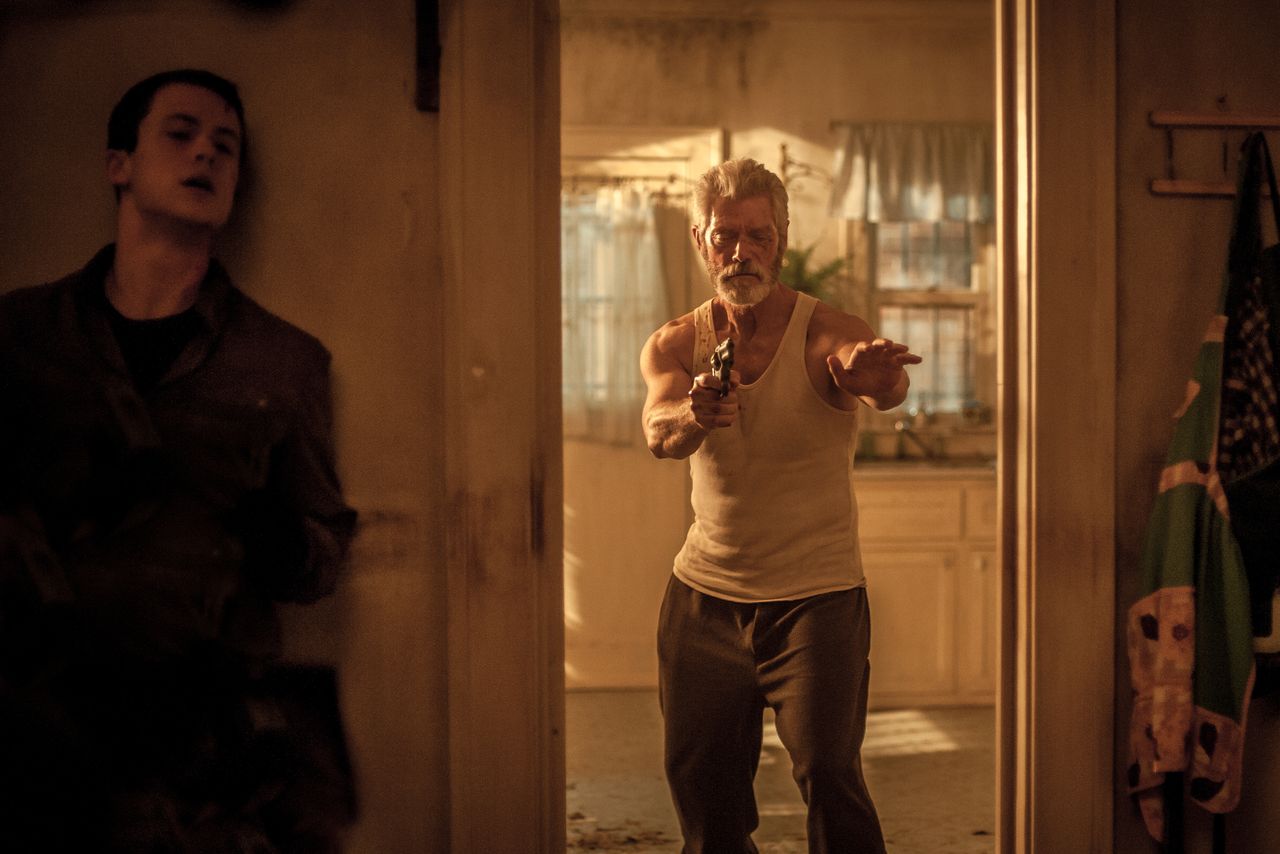 Sony’s low budget horror gem Don’t Breathe left audiences gasping for air after a stunning $26.1 million domestic debut. A $10 million budget makes this an instant win and another success for Sony’s low to mid budget production arm Stage 6 Films. It is only the second feature from director Fede Alvarez. The Uruguayan director shot to mainstream recognition after his five minute long 2009 YouTube video Ataque de Panico! caught the attention of Sam Raimi and earned him a chance to remake Evil Dead on a $17 million budget. Don’t Breathe departs from the supernatural current found in his previous two best-known works and instead focuses on a viscerally realistic game of life and death. Rocky (Jane Levy), Alex (Dylan Minnette), and Money (Daniel Zovatto), a trio of burglars, are tipped off about a house that is said to have a safe with $300,000 stashed inside of it. Money is quickly killed by the house’s owner, a blind ex- special forces operative who then sets about hunting down the remaining two intruders. They do their best to evade him while still trying to break into the safe, but are met with a series of disturbing surprises as they move through the home’s rooms and corridors. Don’t Breathe made $1.9 million in 7 international markets including $915K in Russia and $420K in Malaysia. It moves into a host of major territories in the coming weeks, starting with Spain and Australia.

No other new titles cracked the domestic top-ten but one hit from this earlier this summer climbed to the top of the international charts after a major expansion this session. Jason Bourne launched a very strong $50 million in China this weekend after launching on Tuesday in the Middle Kingdom. In one frame it bettered the Chinese cumes of the previous three Bourne films. It took another $5.2 million at home where it finished ninth, and added $6.5 million abroad including $1.5 million from its Russian debut for a global weekend cume of $62 million. Continuing the tradition of success that began with 2004’s Bourne Ultimatum, Paul Greengrass’s fourth picture in the gritty spy series has now grossed $347.8 million worldwide.

Second winds may have carried this title to an unexpected late box-office high but the previous three weeks’ champion found its sails sagging heavily after a major domestic slowdown. Suicide Squad dropped into second with a $12.1 million frame. That’s 42% off of last weekend’s showing and a drop in the bucket compared to the picture’s $133.6 million debut. It added $19.6 million overseas and now sits at a global cume of $635.9 million.

Wardogs dropped into seventh with a $7.2 million return frame. Kubo and the Two Strings made third in its sophomore outing, with $7.9 million.

Industry
“My idea of a director is someone who decides what story he or she wants to tell” – Fede Álvarez and How “Don’t Breathe” Became a Hit
August 28, 2016
Industry
In Memoriam: The Unique Genius of Gene Wilder, Golden Globe Nominee, 1933-2016
August 29, 2016