by HFPA August 10, 2014
Share on FacebookShare on TwitterShare on PinterestCopy URL 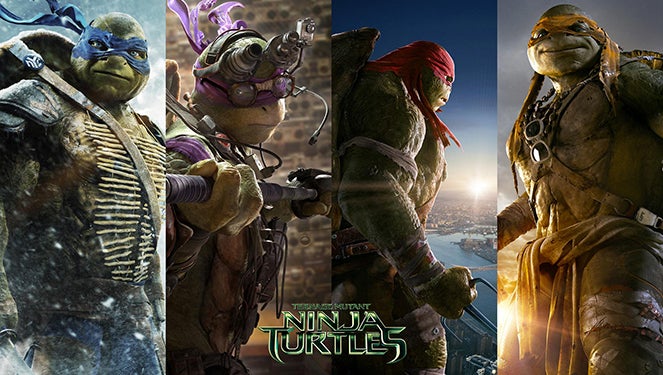 Teenage Mutant Ninja Turtles put its vintage charms to good use this weekend as the classic Saturday morning cartoon series reboot took first place at the domestic box office.The Paramount feature produced by hit maker Michael Bay and starring bombshell Megan Fox in her first leading role since Jennifer’s Body, surprised many observers with its $65 million North American debut. Pollsters’ predictions were closer to $40 million, but given the immense popularity and cross-generational appeal of the series this result is not particularly surprising. Notably, it is the 4th highest August opening of all time, a welcome accolade in this slow domestic summer. Even with the breakout success of TMNT and last weekend’s American champ Guardians of the Galaxy, summer totals are still 17% below those of 2013. Overall it earned a flat B Cinemascore. It did however earn an A from viewers under 18, which is very good news for an animated series seeking to reestablish itself with a new batch of youngsters.

Kung Fu fighting and pizza loving turtles Michelangelo, Donatello, Leonardo, and Rafael, the four gods of 1980’s cartoon culture, were met with a hugely positive reception also in their initial foray abroad. In Russia, fans young and old came in droves, to the tune of $11 million, to see the amphibious ninjas’ new look. Mexico turned up as well with a hearty $6.9 million contribution to the $27.1 million overseas cumulative drummed up in the in the film’s first weekend. China, which shared considerably less pop culture sensibility with the United States in the 80’s and 90’s than it does today, may prove to be slightly disappointing to execs hoping to cash in on this year’s tidal wave of Renminbi. Japan and Korea however are likely to be gold mines, as many more of their citizens will harbor fond memories of the cartoon series.

Now in it’s second frame, Guardians of the Galaxy did very well both at home and abroad. In the US and Canada, the film earned $41.5 million to give it a domestic total of $175.9 million. It pulled another $40.1 million from its 50 markets. Six of these millions came from Australia, where the Marvel Studios production debuted in first place. It still has openings in Germany, France, China, Italy, and Japan to look forward to, not to mention China, where the film is scheduled to open on October 10.

Into the Storm, a found footage style disaster pic from Newline and Warner Bros., made considerably less wind than turtles. It opened third with a domestic take of $18 million. Surprisingly for a disaster film, it played around 58% female. Outside of North America it was able to pick up $8.3 million from 29 markets, giving it a not entirely disappointing $26.3 million global cumulative.

Fellow opener The Hundred Foot Journey, about an Indian restaurant that runs into a deliberately touching brand of trouble when they open up across the street from a Michelin starred establishment in France, opened in 4th place with an $11 million domestic haul. Indian numbers have yet to be reported, but DreamWorks is confident that the film will do a brisk business in the subcontinent.

Japan saw its record for a live-action opening breached by Manga adaptation Rorouni Kenshin: Kyoto Inferno. The Warner Bros. Production, made specifically for the Japanese market, enjoyed a $4.2 million debut in its literary home country.

Big waves were felt in South Korea where local epic The Admiral: Roaring Currents finished in first place once again with an $11 million second weekend. So far the picture, which focuses on the popular historical subject of the improbable defeat of an invading Japanese navy at the battle of Myeongnyang in 1597, has earned an impressive $81 million in its home market. It is on course to surpass Frozen and become Koreas’s biggest film of 2014.

Next weekend, we can expect among others the releases of The Expendables 3 and the filmed adaptation of Lois Lowry’s sci-fi novel The Giver. 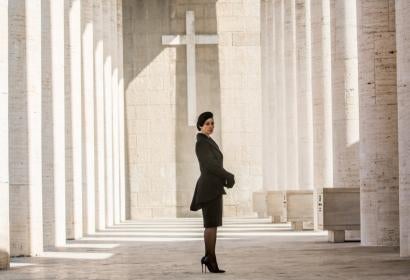