by Lorenzo Soria December 8, 2014
Share on FacebookShare on TwitterShare on PinterestCopy URL 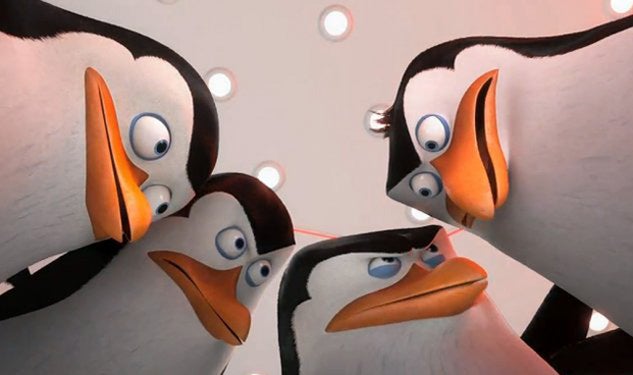 It was once again a slow weekend at the American box office as lack of major releases induced audiences to line up for yet another course of The Hunger Games: Mockingjay Part 1. The Lionsgate sequel is the top film in North America for the third time in a row, earning $20.6 million to reach a domestic cumulative of $257.7 million.

By this time last year The Hunger Games previous installment Catching Fire had
earned $335.8 million and would go on to become the biggest domestic release of 2013. Mockingjay’s chances of reaching those heights are slim, though having passed The Lego Movie and being just a few million away from Captain America: The Winter Soldier, it may come uncomfortably close to Guardians of the Galaxy’s $332.2 million benchmark for
2014 releases.

Mockingjay added $31.6 million from 86 markets to reach a foreign cumulative of $302.8 million. The biggest difficulty in its international run will be a postponed Chinese release. Due to the current civil unrest in Hong Kong, PRC officials elected to postpone this film about a popular uprising until January 2015, by which time the Chinese government hopes the turmoil will have subsided.

20th Century Fox’s The Pyramid made a mid-sized domestic debut on 550 screens, earning $1.15 million for its troubles. This horror film received very limited marketing and was supposed to have been quite cheap so this won’t be too significant of a loss.

Hollywood’s only new wide release over the last frame was Ridley Scott’s Exodus: Gods and Kings, which opened in ten international territories. Far from being lost in the desert, this biblical thriller made a respectable $23.1 million in its limited opening run and finished fourth overall overseas.

Mexico turned in a hearty $4.7 million while Spain was good for $3.76 million. South Korea was the site of this film’s greatest success. It overtook long time champion Interstellar to claim top spot with a $6.2 million opening weekend. Hong Kong produced $1.2 million, while Singapore was good for $1.15 million. It also managed a decent $1.6 million in India’s remarkably untapped film market.

A U.S. release is scheduled for next weekend where Fox hopes the growing holiday fervor will ferry this Abrahamic epic to a tidy domestic opening.

Second place overall on the foreign chart went to Chinese production Fleet of Time. This coming of age tale based on a popular novel of the same name earned $29 million from its home market debut.

Third place went to The Penguins of Madagascar. DreamWorks’ CGI spinoff had a modest second international run, earning $23.5 million from 49 territories. It finished first in Russia with $4.26 million and repeated the feat in Italy, where it earned $1.9 million.

In the UK it was third on $2.48 million, landing behind Mockingjay and British animated feature Paddington.

This adaptation of the popular Paddington Bear children’s book series earned $5.84 million in its home market for its second consecutive top finish and made sixth on the international chart with $13 million from 19 territories.

Interstellar placed third overall and fifth overseas with $8 million domestic and $22.8 million international. In China it reached $119.2 million and set some noteworthy records. It is now the highest grossing 2D film and Warner Bros.’ biggest release to date in the Middle Kingdom.

Exodus: Gods and Kings will make its domestic debut next weekend, along with Chris Rock’s comedy Top Five, while The Hobbit: The Battle of Five Armies launches in 40 international territories.