by Lorenzo Soria January 1, 2018
Share on FacebookShare on TwitterShare on PinterestCopy URL 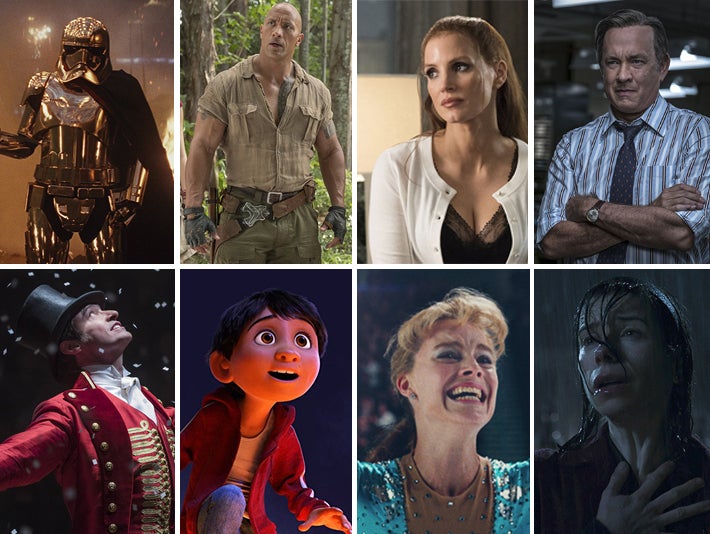 2017 has been a tumultuous year. A reality TV-star turning into a President without precedent managed to inflame passions on the right, on the left and throughout the world. Gruesome terrorist attacks. The horrors of genocide coming back, in Myanmar and elsewhere. And then there is Hollywood, where the biggest blockbuster was a New York Times expose’ of Harvey Weinstein, containing revelations of sexual harassment and sexual assault that changed the dynamics in Hollywood and reverberated across the world.

As for the traditional measure of Hollywood success – the box office – the industry suffered a massive scare after nobody seemed to want to go to the movies this summer and sales dropped nearly 10% compared to 2016. But a string of fall and winter hits made up for the unusually quiet blockbuster season, and left the town with an $11.12 billion year in the US and Canada, just 2.3% off of 2017’s total. This year’s domestic bestseller and weekend winner with $52.4 million, Star Wars: The Last Jedi, took care of a major portion of that total on its own. It reached $517 million in just three weeks and will very likely stay on top of the charts for a couple more in the notoriously meager first weeks of January.

Worldwide though 2017 was a boon year for the industry, ticket sales across the globe reached a record 39.92 billion and overtook 2016’s already record-setting numbers by 3%. Beauty and the Beast, from Disney, is the bestselling film of the year so far at $1.264 billion, followed by Universal’s Fate of the Furious at $1.236 billion. Disney will likely hand their gold medal off to The Last Jedi, already at $1.04 billion and still going very strong, with a China release yet to come on January 6. TLJ racked up $68 million overseas this session, taking its offshore cume to $535 million. The UK is its biggest market so far at $91.5 million, followed by Germany at $62 million and France at $40.4 million. The Force Awakens’ $2 billion unadjusted franchise record is out of reach, but it will pass Rogue One’s $1.056 billion in a matter of days.

This weekend’s next biggest film, Jumanji: Welcome to the Jungle, set a milestone of its own crossing $300 million global after a massive $127 million frame worldwide. It took a close second in the US with $50.57 million and had another $67 million come in overseas. Top foreign markets so far are Russia at $5 million, Germany at $2.7 million, and Spain at $1.4 million. Major territories the UK, South Korea, Brazil, Italy and, of course, China open in the next two weeks, with Japan taking the last jungle assault in March 2018. Global sales are at $323 million and counting.

Many smaller niche focused films are enjoying an end-of-year resurgence, including Golden Globe Nominees: Molly’s Game, The Post, The Greatest Showman, Coco, I, Tonya, and The Shape of Water. Molly’s Game enjoyed a strong $3.11 million four-day gross, taking its total to a projected $6 million after today’s final numbers are tallied. The Post stayed in just nine theatres, adding $765K over the weekend for a very strong $85K per theatre average. Coco, nominated for Best Animated Feature, took $6.5 million and reached a domestic cume of $178 million with its global tally jumping to $537.9 million. I, Tonya meanwhile added 17 locations and made $921K with a solid $18K average in 49 theatres. It is at a $2.4 million domestic cume. Finally, Guillermo del Toro’s seven times nominated The Shape of Water, which is up for statues including Best Director, Best Actress and Best Picture – Drama, should close the weekend on $4.875 million. Its domestic cume is now $17 million, with foreign releases slated to begin early in the New Year.

New films for next week include Wonder Wheel and Insidious: The Last Key, with The Disaster Artist and The Shape of Water going into wider release. A Happy New Year to all our readers and best wishes for 2018. 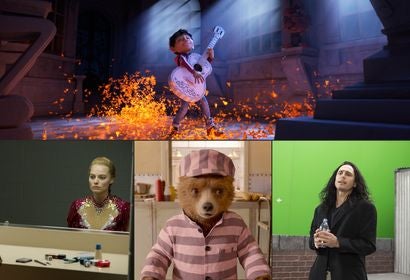