by Lorenzo Soria February 27, 2017
Share on FacebookShare on TwitterShare on PinterestCopy URL 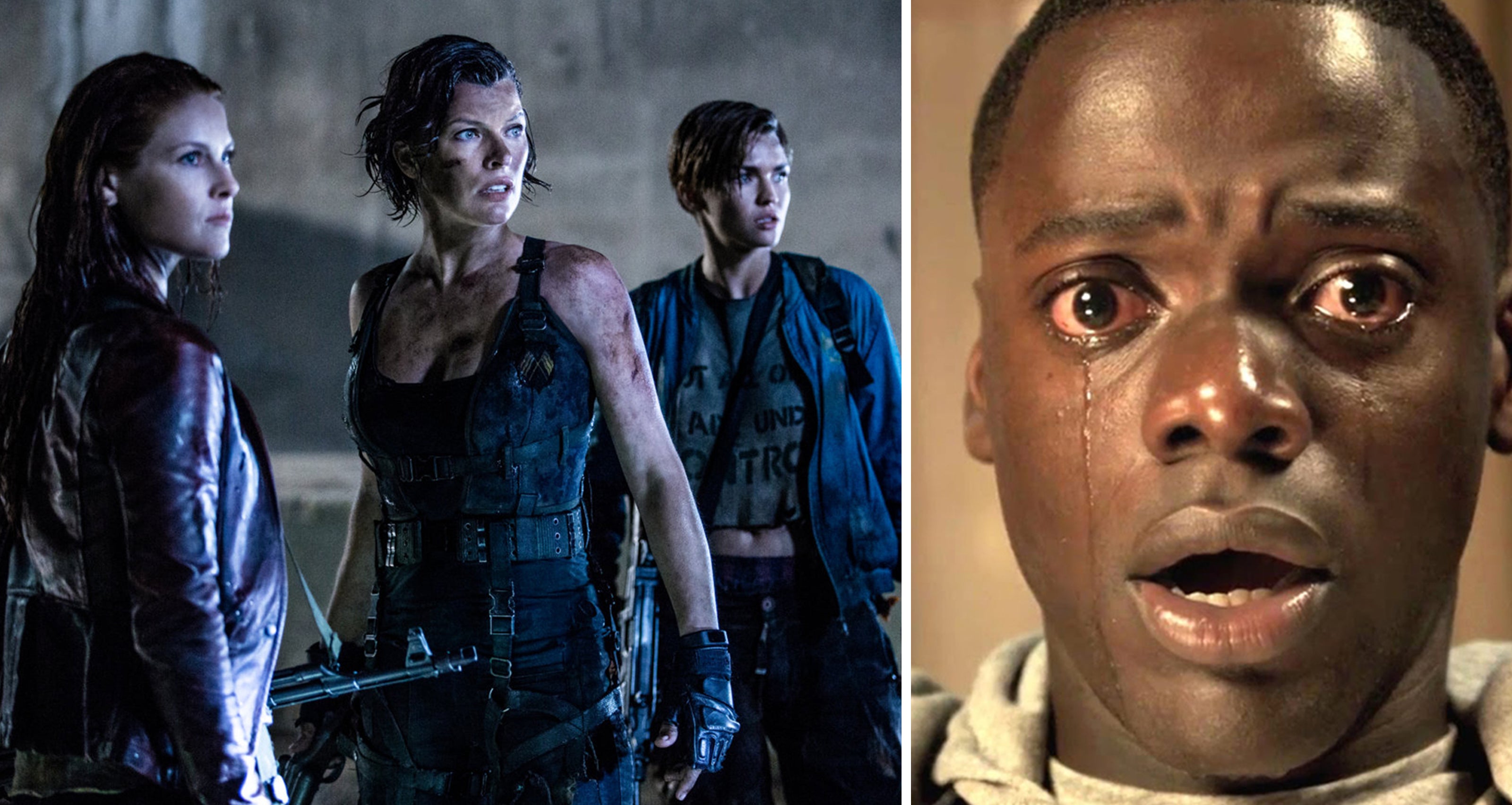 Scenes from Resident Evil: The Final Chapter and Get Out

With the Oscars taking place last Sunday, the apparently never-ending awards seasons is now officially over. So, congratulations to Golden Globe and now Academy Award Best Picture winner Moonlight. A24’s gritty, compelling modern drama also picked up statutes for Mahershala Ali’s turn as Best Supporting Actor while director Barry Jenkins and writing partner picked up another award for Best Adapted Screenplay. At the box office, they made $765,000 in the U.S., taking the film to a domestic cume of $22.8 million, which is sure to grow significantly in the coming weeks. Congratulations also to Golden Globe winner La La Land, which went home Sunday with six Oscars, including one for its director Damien Chazelle and for Emma Stone. Other winners, who went home with Golden Globe Awards earlier in the year, were Viola Davis in Fences, Casey Affleck in Manchester by the Sea and Zootopia (Best Motion Picture Animation).

In the purely financial race at worldwide theatres, this weekend the stand out winner was Resident Evil: The Final Chapter. Mila Jovovich, returning as zombie-fighting bio-mutant Alice, led the fight for a spectacular $94.3 million debut in China. Constantin Films and Screen Gems’ hit video game adaptations have usually had their biggest foreign market in Japan, where The Final Chapter now sits at $36 million. Its success in the Middle Kingdom comes on the back of an intense local marketing campaign, which included a major cast publicity tour, and a popular series of China-centered Resident Evil web videos. Lee Joon-gi, the films only Asian star, is actually South Korean but enjoys immense popularity and has won several awards for his work in China. Final Chapter has had vastly more success than it did in the U.S., where it has made just $26 million. Foreign figures however are nearly ten times that, at $212 million.

Back in the U.S. another horror film was in the hot seat this frame. Get Out, from Universal and Blumhouse, made $31.5 million in its opening weekend. The film comes as a directorial debut for Jordan Peele, a comedian and actor best known as part of the Key & Peele duo. Get Out joins the ranks of Blumhouse hits that have opened to six times their budget, and stands as the studio’s third biggest opener of all time after Split ($40 million) and The Purge ($40 million). It is about a Wasp community that kidnaps and psychologically tortures black people until they become mindless slaves. Daniel Kaluuya stars as Chris Worthington, a black photographer who goes with his girlfriend Rose Armitage (Allison Williams) to visit her parents and risks his life when, it transpires, he is in on the plot. Get Out has limited foreign distribution in place for now, with just Estonia, the UK, The Netherlands and Germany scheduled to show the film in the next two months.

In holdover news, Lego Batman Movie dropped into second place with a $19 million take in its third domestic outing, with a fall of 42% from last weekend.  John Wick: Chapter 2 meanwhile moved down to third with a $9 million take and a total so far of 74 million, while The Great Wall, which was outdone by Wick last week, moved down to fourth at $8.7 million for a disappointing total of $34 million. Fifty Shades Darker slid into fifth with $7.7 million, and has reached $100 million domestic and over $225 million overseas, while Fist Fight dropped down to seventh place for a disappointing $6.3 million return frame.

Next weekend we’ll take a look at the awards bump for tonight’s biggest winners and keep an eye on Logan, The Shack and Before I fall.