by Ana Maria Bahiana March 5, 2018
Share on FacebookShare on TwitterShare on PinterestCopy URL 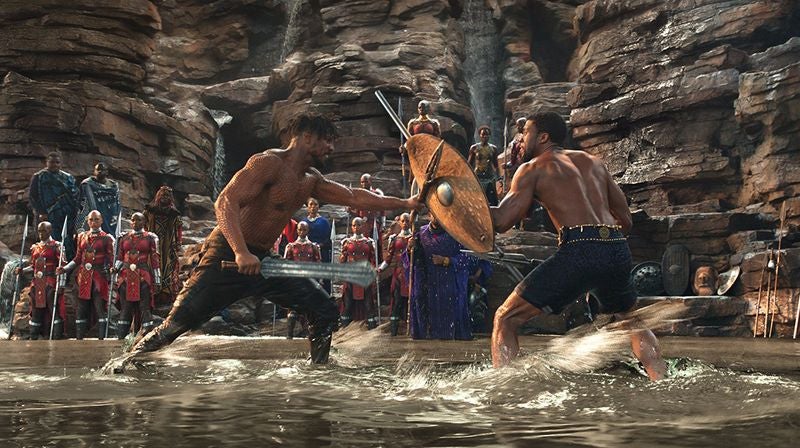 Wakanda forever, indeed. For the third week in a row, Black Panther has vanquished all competition, holding the box office’s top spot with ease: $65.7 million domestically (the US and Canada) and $56.2 million internationally. Director Ryan Coogler’s epic is expected to cross the $900 million this week – right now it is at $501.1 million domestically or 43% of all tickets sold in the US and Canada, and $396.6 million internationally. Panther will become the fifth Marvel title to reach this milestone. And it still has to open in China.

Trailing behind Wakanda’s power in the domestic market is Fox’s Jennifer Lawrence starrer Red Sparrow, with $17 million, followed by MGM’s Bruce Willis’ vehicle Death Wish, with $13 million. Those would be good-to-normal numbers for a regular month of February – were it not for Black Panther’s appetite.  Red Sparrow’s tale of a ballerina turned spy appealed to its target female audience – the same of last year’s Atomic Blonde, which opened in the similar range with $18 M for a final $51 million lifetime gross - while Death Wish – a remake of the 1974 Charles Bronson revenge thriller – served the same male audience that enjoyed the Keanu Reeves’s vehicle John Wick: Chapter 2 in 2017. Wick 2 opened at $30.4 million for a cume of $92 M, proving that, right now, Keanu rules. But only when T’Challa is not in his way.

In coveted China, local actioner Operation Red Sea continues to hold the top spot at the box office, with a total of $471 million after just 17 days in release. The Chinese title beat Black Panther in the overall international box office, with $62.6 million this weekend, easily surpassing the $56.2 million of Marvel’s picture.

In its maiden flight, Red Sparrow took $26.6 million from 65 markets, about 60% of Atomic Blonde’s take in its total run.

Next week Disney will come back in full force with A Wrinkle in Time, director Ava DuVernay’s adaptation of the beloved children’s novel, opening domestically and in several major international markets, while Warner Brothers’ rebooted Tomb Raider, starring Alicia Vikander, will begin its track through the wilderness of selected overseas markets. 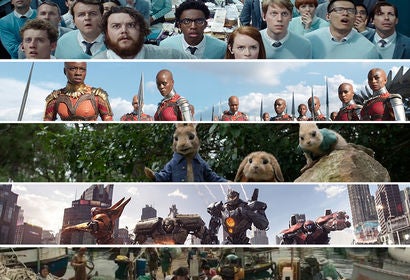