by Lorenzo Soria January 21, 2020
Share on FacebookShare on TwitterShare on PinterestCopy URL 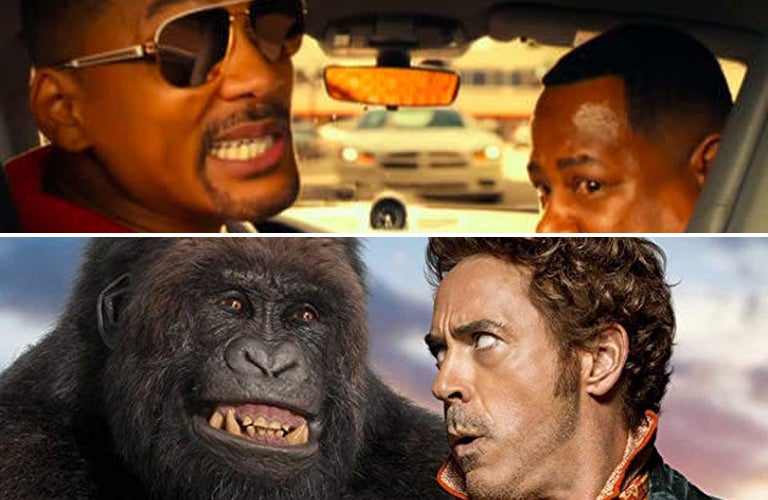 Will Smith and Martin Lawrence in Bad Boys for Life (2020), Robert Downey Jr. and Rami Malek in Dolittle (2020)

Sony jumped into a strong lead over the long Martin Luther King Day weekend with their action-comedy Bad Boys for Life taking first in the US with $73 million during the three-day weekend. It had the second biggest release for January of all time after American Sniper (which opened in December and went wide on MLK day) started with $107.2 in 2015. Will Smith and Martin Lawrence returned for the third time as the pair of foul-mouthed impulsive Miami detectives who won over audiences worldwide in the early 2000s. Global sales for Bad Boys 3 reached $112 million. Germany was its top market with $5.1 million. The UK fell just behind that at $5 million. Australian plays notched $3.9 million. It took first place in every Middle Eastern market, earning $5.1 million in the region as a whole. Bad Boys for Life comes from Belgian directing pair Adil El Arbi and Billal Fallah and is about Smith and Lawrence’s characters partnering up again after years working separately to go after another deadly drug gang. It earned an A Cinemascore and has had generally positive reviews.

Next in the US Universal’s comedy reboot Dolittle started with $29.5 million in second place. Robert Downey Jr. takes over from Eddie Murphy who played the title character in Fox’s 1998 version. Reviews have been overwhelmingly negative, and audience reactions were tepid with a B grade from Cinemascore and a 3/5 on PostTrak. Universal is reported to have gone all out and spent in the range of $175 million on the picture. Overseas plays over the three-day period were worth $17.2 million.

The overall picture for Dolittle is not so great at this point but at Universal, there are still good reasons to celebrate. Going to holdovers now, multiple Golden Globe winner and Oscar nominee 1917 finished third in the US with $26.8 million. It dropped just 28% off of the last frame and made another $26.1 million overseas, doing especially well in the UK where it took $8 million. Global sales raced past the $100 million mark sitting at $143.5 million this frame. It will likely keep steady growth up and possibly in the weeks following the Academy Awards as it continues to pick up some other prizes like the top prize at the PGA awards it won this weekend and the five Critics’ Choice awards it earned the one before.

Disney’s Frozen 2 crossed $1.4 billion this frame and extended its lead as the best-selling animated film of all time. Frozen, which opened in 2013, set what at the time looked like an impossibly high bar for the genre at $1.28 billion. Jumanji: The Next Level crossed $700 million worldwide after finishing third overall in the US with $12.8 million. It earned $26.56 million overseas, finishing fourth on the combined chart. Star Wars: The Rise of Skywalker finally crossed $1 billion. It now has global earnings of $1.028 billion and should be able to catch Rogue One: A Star Wars Story at $1.056 billion.

Next frame Kingsman sequel The Gentlemen opens in the US with horror entry The Turning.