by Lorenzo Soria February 4, 2019
Share on FacebookShare on TwitterShare on PinterestCopy URL 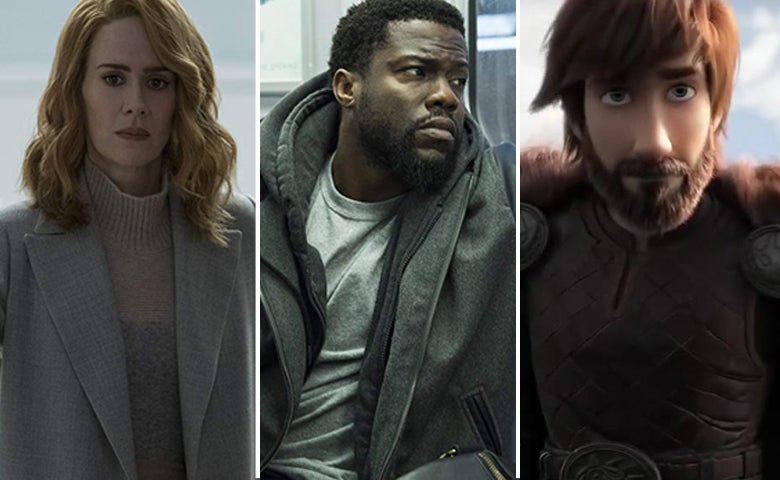 Scenes from Glass, The Upside and How to Train Your Dragon: The Hidden World

Between the Superbowl and freezing temperatures across much of the Midwest and northeastern United States, this weekend turned out to be a dull affair at the domestic box office. Glass remained number one again with a $9.5 million third frame. M. Night Shyamalan's thriller hero showdown, bringing together the stars of and wrapping up a trilogy that began nearly two decades ago, has now made $88.5 million in the US and Canada. Foreign earnings for Glass are at $110 million after a $12 million frame in 54 territories, bringing the film's global cume to a solid $199 million. With this number, and the extra tens of millions it might add in the coming weeks, Blumhouse has shown yet again that they're' the margin kings of Hollywood after having made this movie for just $20 million.

Second place in the US once again went to The Upside. STX's feel-good social class solidarity pic earned $8.9 million in its fourth frame and reached a domestic cume of $75.6 million. It hasn't done much business outside of North America, where French language Intouchables that it was adapted from was a huge financial and critical hit. Foreign sales for The Upside total just $7.6 million, but that was expected for a movie that was basically just made to repackage this worldwide hit for American audiences.

Overseas meanwhile DreamWorks's How to Train Your Dragon: The Hidden World stayed high in the clouds with a $40.2 million frame and first place in the worldwide charts. It opened at number one in 20 markets, including Mexico where it took $7.7 million and became the studio's biggest launch there to date. The UK opened to $6.8 million, a franchise high, while South Korea and Italy were both good for $3.4 million. Dragon's biggest market so far is Australia, with $15.5 million coming from down under, thanks in part to Aussies flocking to theaters in order to escape a record-breaking heatwave that has scorched the country over the past few weeks. Total sales for How to Train Your Dragon are now $84.4 million, with its US release coming February 2 and China on March 1.

Staying in Asia, South Korean film Extreme Job took $20.5 million in the second frame in its home country. This undercover cop farce is about a group of detectives who open a fast food fried chicken shop to bring down a drug ring by getting its members addicted to biscuits and wings. It's made $48.8 million in its home market so far.

Back in the US, the only new wide release was Miss Bala, a mid-budget thriller from Sony Pictures. Bala is based on a 2011 Mexican film with the same title and stars Gina Rodriguez as a young woman who witnesses the murder of  several DEA agents and is kidnapped by Narcos. It opened third in the US and made $6.7 million.

Next week has two big releases in store for US theatres. First is The Lego Movie 2: The Second Part from Warner Bros. It features the voices of Chris Pratt, Elizabeth Banks, Maya Rudolph, Will Arnett and Alison Brie. Then there is also What Men Want, a reversal on the year 2000 romantic comedy that had Mel Gibson gain the ability to read women's minds. It stars Taraji P. Henson and Tracy Morgan. 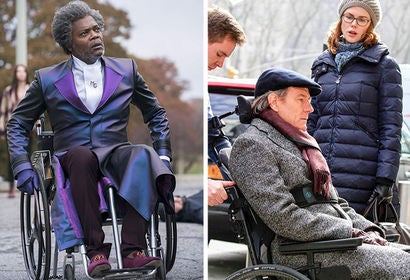