by Lorenzo Soria July 30, 2018
Share on FacebookShare on TwitterShare on PinterestCopy URL 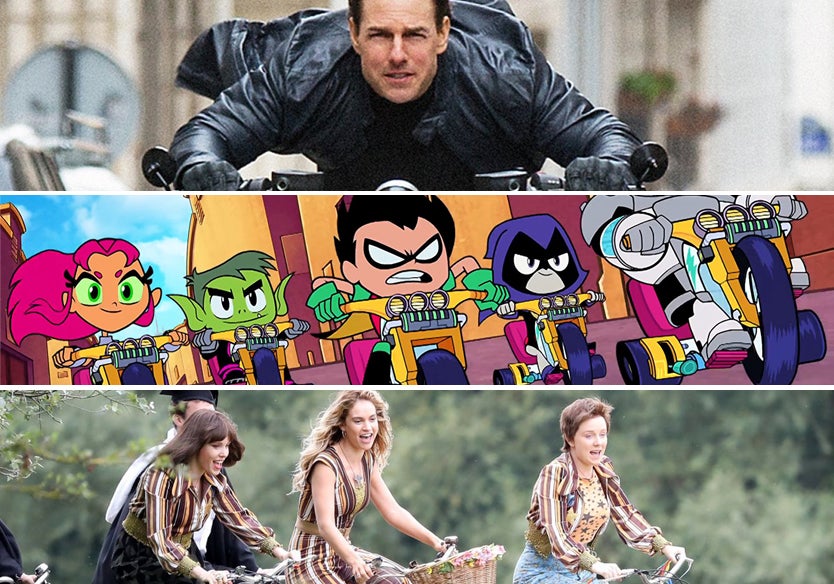 When The Mummy and Jack Reacher turned out to be box office disappointments, commentators were quick to claim that Tom Cruise was incapable of accepting that age eventually catches up with all of us, him included. He was history. But Tom Cruise never lacked persistence and determination and now, 35 years after Risky Business, he can still claim to be the biggest superstar alive. For Mission: Impossible – Fallout he insisted on doing his own stunts, he even broke an ankle which led to a suspension of production for several weeks. He traveled the world to promote his latest film. And his efforts paid off handsomely, as Fallout collected $153.5 million worldwide, including $92 million from 36 international markets. With major markets such as France and Japan still having to debut and with China set to open at the end of August it’s hard to predict how Fallout will end but so far, the sixth outing of the franchise is already 11% ahead of Rogue Nation domestically (it opened with $ 61.5 million) and 19% internationally, setting records in several countries for the Mission Impossible franchise and for Tom Cruise personally.

In Fallout special agent Ethan Hunt reunites with Rogue Nation’s director Christopher McQuarrie. And with Ving Rhames, Simon Pegg, Rebecca Ferguson, Michelle Monaghan, Sean Harris and Alec Baldwin. Their foe is Henry Cavill, a CIA agent trying to kill them. Besides the commercial success, Tom Cruise is savoring another kind of success: the film got glowing reviews, something that most often eludes action-based sequels. And with an A CinemaScore, he knows audiences loved the film.

The week’s other new entry was the Cartoon Network’s adaptation of the series Teen Titans Go! To the Movies. It ended up in fifth place with a disappointing $10.5 million domestic. The No. 2 spot went to Universal's Mamma Mia! Here We Go Again, with $15 million. Its domestic total is now slightly above $70 million, whereas worldwide the film inspired by ABBA’s songs stands at $167 million.

On its second outing, Denzel Washington’s Equalizer 2 had to compete with Tom Cruise’s Mission Impossible and it took $14 million, for a domestic total of $64.2 million. Hotel Transylvania 3 took the No. 4 spot with $12.3 million and a total of $120 million in North America. Globally, the Sony’s animated sequel is at $284.2 million. After almost 2 months, Pixar's Incredibles 2 keeps collecting dollars and all kind of currencies. On Sunday night it’s global cumulative was at $997 million, so as we write Incredibles 2 has officially joined the billion dollar club.

With very strong reviews and even stronger word of mouth, Tom Cruise’s Fallout is set to dominate the charts for a while. But its numbers were not good enough to get the top spot in the international charts, where the winner was yet another Chinese title, Hello Mr. Billionaire. A remake of Richard Pryor’s Brewster’s Millions, it generated $132 million and it has the potential to beat Wolf Warrior 2, the biggest movie ever in China.