by Lorenzo Soria June 24, 2019
Share on FacebookShare on TwitterShare on PinterestCopy URL 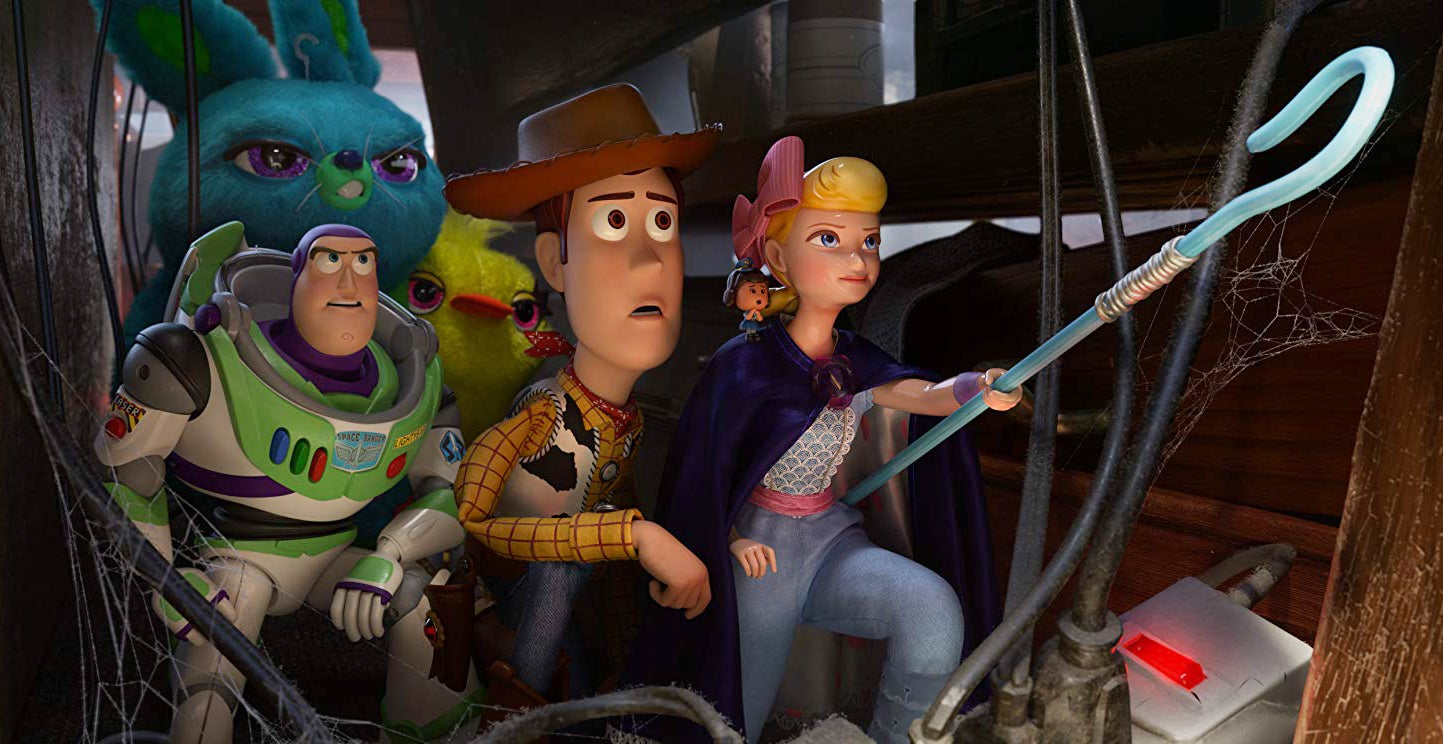 Disney's Toy Story 4 opened well but below expectations at $118 million domestic and $238 million global. Analysts had it pegged closer to $160 million at home, with some eyeing a bow as high as $200 million. While it fell short of these heights, its opening is more than acceptable for a fourth entry in a 24-year-old series. It does, however, join Shaft, Men in Black: International and Dark Phoenix as under-performing sequels this June. Toy Story 4 takes place two years after the first film's events when Andy's toy collection has been passed down to a little girl named Bonnie. Woody, Buzz, Bo-Peep, Mr. Potato Head and the rest of the series' old collection of toy stars have to mount a rescue operation when their owner's newest figurine Forkie, a fork with pipe cleaners tied around it as arms and legs, goes missing. Tom Hanks and Tim Allen both return as Woody and Buzz Lightyear, while Tony Hale plays the lost Forkie and Keegan-Michael Key and Jordan Peele join as stuffed animals named Ducky and Bunny.

Toy Story 4 opened in 37 overseas territories. It departed from the usual staggered foreign release strategy for animated features that takes advantage of different national school holidays since almost all children in the Northern Hemisphere are already well into their summer vacations by this point. Foreign opening numbers were just above those at home at $120 million. Mexico had a very strong $23.4 million opening, the third highest of all time in that country. It did $15 million in the UK, the best ever for an animated film in a non-holiday weekend. Brazil opened to $9.6 million, the highest ever for an animated feature. Korea started with $8.5 million, while in Argentina a $6.9 million opening was an all-time record for films of any type. China's $13.4 million was nothing special, but not unexpected given competition from the first local release of Studio Ghibli's 2001 Oscar-winning animated classic Spirited Away.

Second place in the US went to Child's Play, a decidedly more menacing film about children's toys. It made $14 million in the US and $3.6 million from 22 foreign territories for a series high global opening of $17.6 million. In this fifth entry of the Chucky series, Aubrey Plaza plays the mother of a 13-year-old boy that comes into possession of a doll that will try to kill her entire family, while Mark Hamill voices the demonic plaything. Opening thirty years after the original Child's Play did in 1988, this remake stays fairly true to the original's plot and should serve as a first entry for a series reboot by a reborn MGM/United Artists.

Among holdovers, Aladdin reached $810 million global after a $45 million worldwide frame, and Avengers: Endgame added $3.2 million to reach $2.75 Billion. Disney is pushing hard to beat Avatar's all-time box office record and have announced a release of the three-hour long feature, with one additional scene and a few new post-credit segments that may flesh out the future of the Marvel Universe in the wake of post-Endgame contract negotiations with their top stars.

Next week Annabelle Comes Home and Yesterday open at the domestic box office.