by Lorenzo Soria July 1, 2019
Share on FacebookShare on TwitterShare on PinterestCopy URL 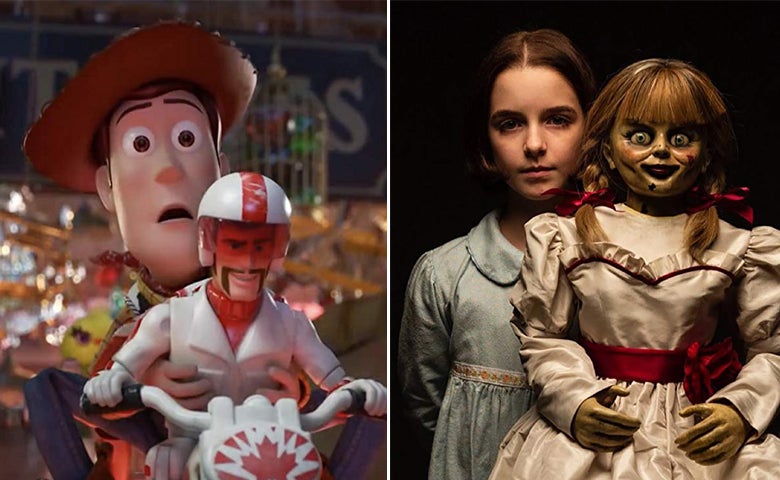 Toy Story 4 stayed on top of the domestic box office chart in its second weekend in theaters, taking $57.9 million to reach a home market cume of $236.9 million. It beat out newcomer Annabelle Comes Home's $20.37 million start in the US, and after having trounced Child's Play last week, Toy Story 4 has now put two doll based scary movies in the pram. Annabelle is the sixth entry in Warner Bros.' Conjuring horror series. It had the slowest bow of the bunch so far with 2018s The Nun having set the starting bar at $58 million and 2017s Annabelle: Creation holding the previous opening low of $37 million. This year's entry – killer-doll Annabelle is safely locked away in demon-hunting couple Ed and Lorraine Warren's (Patrick Wilson and Vera Farmiga) home when a silly babysitter played by Madison Iseman and her friend (Katie Sarife) unleash the porcelain poltergeist. It's up to the three girls to stop the doll and a slew of other hellish spirits before mom and dad come home the next morning. ACH did $45 million in 63 foreign territories this weekend for a global cume of $76.2 million. It may have started slower than other Conjuring films, but these numbers are more than welcome against a reported $30 million production

Toy Story 4 also took first place on the combined charts with $138 million coming from its 46 territories. The biggest of these foreign markets so far is Mexico where it's done a terrific $49.5 million, followed by the UK on $33 million and China at $24.3 million. A $496 million global cume puts it ahead of Toy Story and Toy Story 2's adjusted numbers, but TS3's billion-dollar worldwide take remains well out of reach.

Disney won both the domestic and the combined races this weekend and can also take some of the credit for this frame's biggest single market earner. Sony's Spider-Man: Far from Home, their first web-slinger movie made in conjunction with Marvel Studios, made $100 million on its China debut. That's the fourth biggest superhero launch ever in the Middle Kingdom. Further showings in Hong Kong and Japan brought Spidey's catch to $100 million. Far from Home sees Peter Parker's high school class trip to Europe interrupted by rampaging elemental monsters. Spidey gets help from S.H.I.E.L.D boss Nick Fury (Samuel L. Jackson) and Iron Man's old bodyguard, Harold Hogan (John Favreau) in dealing with them. Another hero named Mysterio, a newcomer to the cinematic universe played by Jake Gyllenhaal, lends a hand. It opens on Tuesday in the US and looks set to take full advantage of the 4th of July holiday.

This weekend in the US, Danny Boyle's alternate universe Beatles story Yesterday started in 3rd with $17 million. Yesterday is about a musician who wakes up one day to find he's the only person to remember Britain's hottest export and takes full advantage by using the Manchester trio's catalog to become a rock star in his own right. Himesh Patel plays the lead and is joined by Lily James and Ed Sheeran. It made another $7.7 million in 30 overseas markets for a global total of $24.7 million.

Spider-Man: Far from Home starts in preview showings on Tuesday in time for the mid-week Independence Day holiday. US, along with A24's broad daylight horror thriller Midsommar. 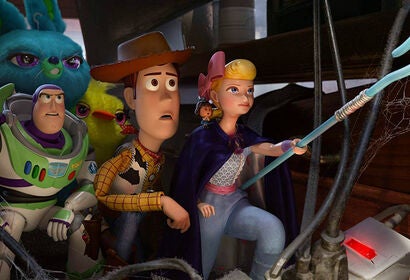