by Ana Maria Bahiana June 10, 2019
Share on FacebookShare on TwitterShare on PinterestCopy URL 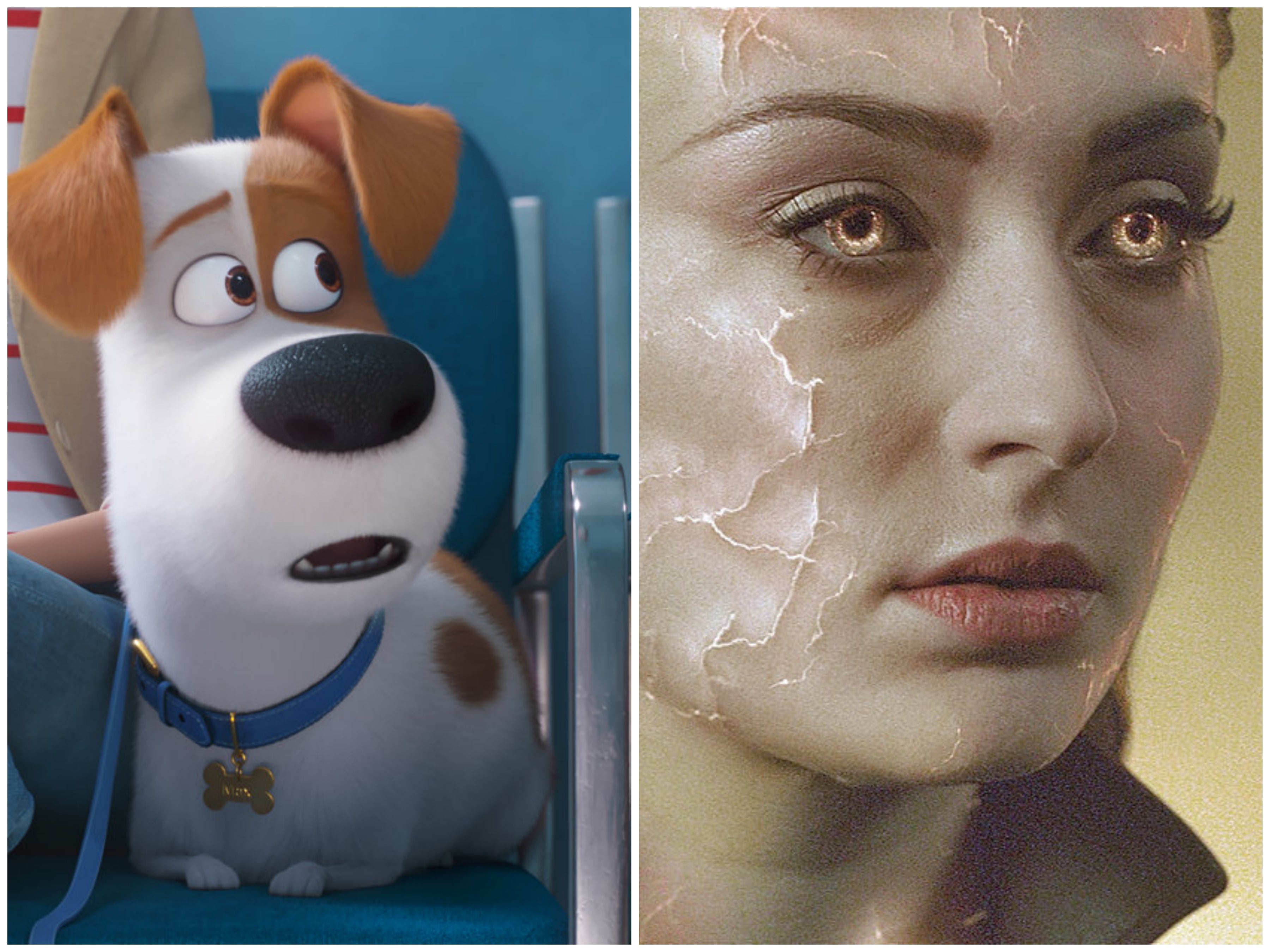 Scenes from The Secret LIfe of Pets 2 and Sophie Turner in Dark Phoenix.

Two previously successful franchises opened their most recent titles this past weekend – and failed. One of them – Universal/Illumination’s The Secret Life of Pets 2 – technically became a franchise with this sequel and, apparently, went fine, taking the top of the North American (the US and Canada) box office with $47.1 million. Were it not for its sensible budget - $80 million – Pets 2 would have been a cautionary tale – the expectations put the opening take at $50 million, domestically. A robust $63 million from 31 overseas markets puts the Illumination pet fest in a safe place – but was it enough? Possibly – the total cume sits at $97 million.

The second promising entry, Fox’s Dark Phoenix, runs the biggest risk. With a $350 million budget, the would-be final episode of the X-Men saga – starring none other than Game of Thrones star, Queen in the North Sophie Turner – crashed right out of the gate, with a paltry $33 million in tickets in the US and Canada. Reviewers were harsh, and ticket sales dropped fast from Friday to Saturday, making Phoenix the lowest debut ever for the mutant franchise.

In a disconnect that is becoming standard, international audiences preferred the North American runner-up, and spent $107 million in ticket purchases from 54 markets, making Dark Phoenix the number one movie this weekend. China was the expected purveyor of the biggest ticket sales, with $45.6 million from a four-day weekend, taking advantage of a national holiday, the Dragon Boat Festival. Korea came right behind with $5.7 million – Cannes winner Parasite and Disney’s Aladdin beat the X-Men saga, there – followed by Mexico ($5 m), the U.K. ($4.9 m) and France ($3.8 million). All international numbers, however, were lower than both the expectations and projections.

The mixed results of both Pets 2 and Dark Phoenix invite a reflection on audience exhaustion and frustration with franchises. Can the premise of Pets – what animal companions do when humans are away – sustain a series of movies? Did the reshoots harm Dark Phoenix? Have the X-Men lost their glow? The latter is an important issue, considering the acquisition of Fox by Disney and perspectives for a reboot of the X-Men lineage in the new studio.

Next week will provide another test of the endurance – or lack thereof – of franchises, when Sony brings out Men in Black: International, starring Tessa Thompson and Chris Hemsworth, with F. Gary Gray at the helm. Its main competition should be not a franchise entry but a reboot – Warner Bros’ Shaft, a comedic take on the 1970s hit, with Samuel L. Jackson in the title role.