by Lorenzo Soria October 16, 2017
Share on FacebookShare on TwitterShare on PinterestCopy URL 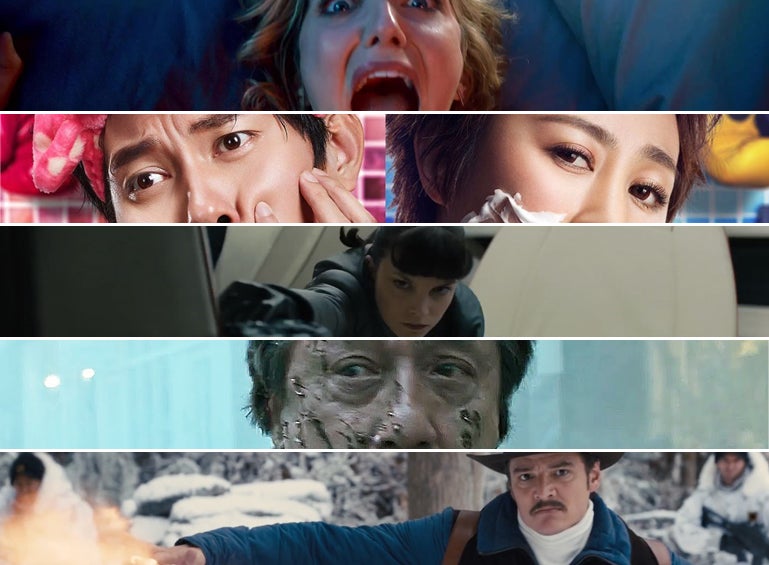 This weekend’s home box office champ Happy Death Day served up frights and kicked off the oncoming Halloween movie season early with a strong $26.5 million, and another $5 million overseas. Death Day comes from the undisputed masters of the profits of fear, Blumhouse Studios. As has come to be expected from the boutique filmmakers, who could teach the world’s top hedge fund managers a thing or two about speculative risk, HDD scared up its opening take from a budget of just $5 million. That’s a five hundred percent return on investment after just three days on the market.

Earlier this year Blumhouse stable mates Split and Get Out earned $278.3 and $253 million, both from budgets comfortably under $10 million. Among the majors, Warner Bros. seems to be having the most success with their box office scare tactics. August entry Annabelle: Creation, a rare win in the cursed month, made an impressive $301.4 million worldwide from a production budget of $15 million. Their most impressive release of the year is of course the killer clown flic that dominated the charts for the early fall season. It has now reached an astonishing $630 million worldwide, putting it behind only The Exorcist (which made an otherworldly $2.3 billion in 2017 dollars) as the second best selling horror film of all time. After our recent summer blockbuster crisis and the growing distaste for sequels and remakes in general, we may see a food of quality horror movies in late 2018 and 2019. Whether they can produce the same numbers in a saturated market remains to be seen.

Staying with the winners for the moment, and actually moving up a rung on the combined global chart, Chinese film Never Say Die added another $30 million to reach a $281.7 million cume. It has now overtaken last winter’s Kung Fu Yoga as the number one Chinese comedy of all time, and at $263 million in the Middle Kingdom, it now owns the biggest single market take ever for the genre. Never Say Die comes from director Yang Song and is based on a theater production with the same title. It tells the story of a boxer and a journalist who switch bodies when they are struck by lightning. Thrust into vastly different realities, they have to adapt to their new circumstances and work out their disagreements in order to get back to their respective lives.

Moving up a level on the global podium we find Sony’s ambitious and troubled Sci-Fi production Blade Runner: 2049. US audiences have been fairly cold to this film, giving it just $15 million in its second frame run. The domestic cume for BR is now $60.5 million, against a $150 million production budget and similar marketing expenses. Overseas figures have been marginally better at $98 million from 65 markets, but considering the film’s pedigree and aspirations distributors Sony and Warner Bros have reasons to be concerned. China and Japan releases, both scheduled for October 27, will make or break this film.

Back on the US chart the only major new release was Jackie Chan and Pierce Brosnan’s The Foreigner. This Chinese/American production has Chan playing a father who will stop at nothing to get his kidnapped daughter back home, engaging in a deadly game of cat and mouse with a corrupt government official, played by Brosnan. Foreigner began its domestic run with $12.8 million from 2,515 theatres. Adding that to the $76.5 million it’s made in other territories, most of which in China, it’s enjoying a tidy showing so far.

Holdover Kingsman: The Golden Circle inched towards $300 million global after a $20.19 million combined weekend left it at $286 million, while Tom Cruise’s American Made moved into the nine-figure club, at a global cume of $112 million.

Next week we have the opening of Geostorm, Tyler Perry’s Boo2! A Madea Halloween, firefighters story Only the Brave, and Cannes festival darling The Killing of a Sacred Deer.

Music
On Music: Keri Russell and Matthew Rhys, Getting "American" with Fleetwood Mac
October 11, 2017
Interviews
Billie Jean King: Taking on the Battle of the Sexes
October 16, 2017