by Lorenzo Soria October 31, 2016
Share on FacebookShare on TwitterShare on PinterestCopy URL 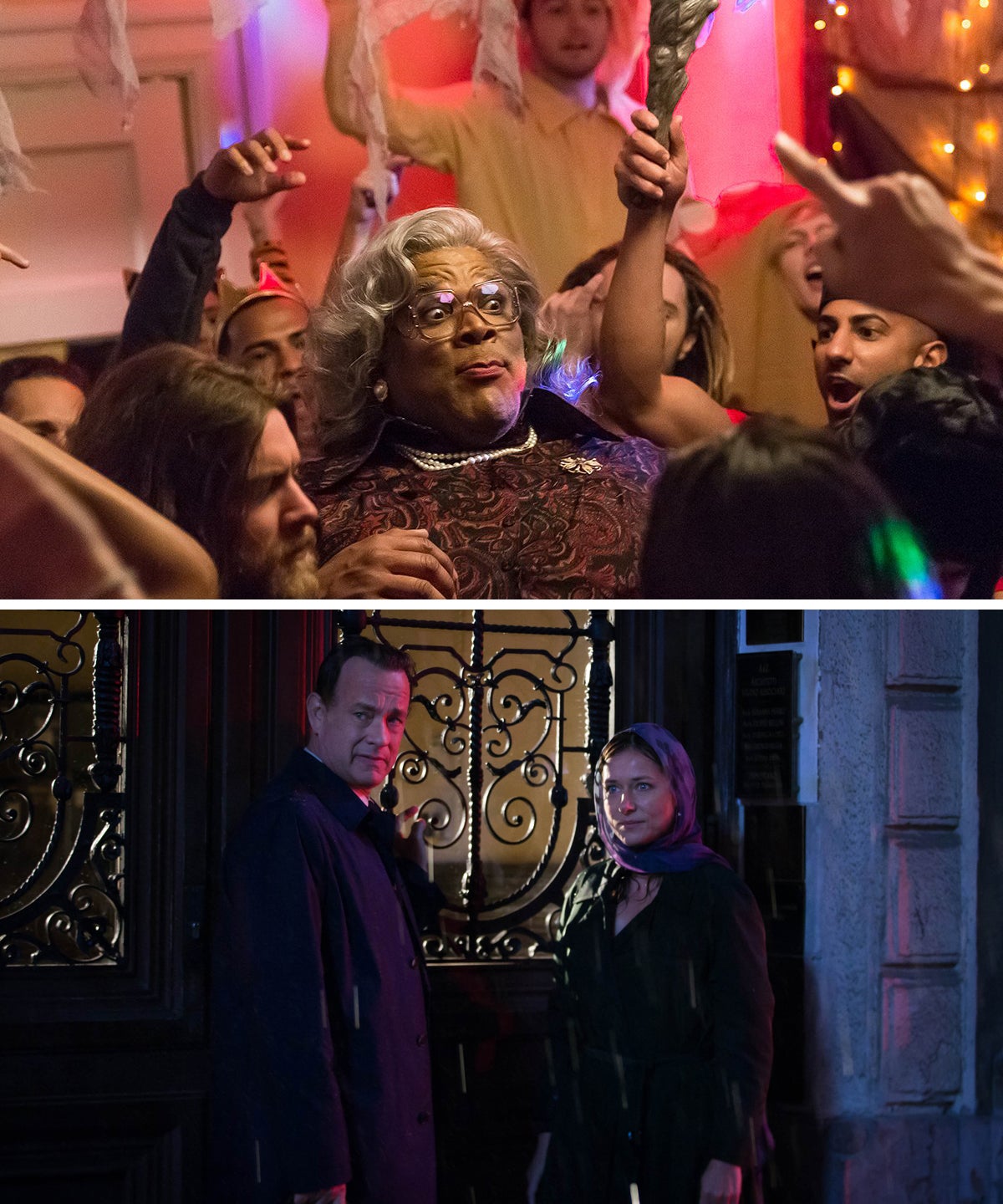 Scenes from Boo! A Madea Halloween and Inferno

In American political jargon, an October surprise is an event timed to change the course of a presidential election. We have witnessed one in the last few days, as the Hillary Clinton campaign knows quite well. There was an October surprise also at the box office, where Inferno, the latest film adapted by the Dan Brown series that includes Da Vinci Code with Tom Hanks starring as Harvard symbologist Robert Langdon was beaten by Tyler Perry’s Boo! A Madea Halloween. In its second weekend, Boo grossed close to $17 million and the return of the Madea character managed to gross $52 million after 10 days in theaters. For Inferno this was instead the week of its debut and it had to deal with the shadow of its own past, The original Da Vinci Code had a debut at $77 million, Angels & Demons did $46 million. A pretty strong record, but the return of Langdon – Hanks was good this time around for just $15 million and an embarrassing second place behind Boo. Thankfully for Sony, Inferno keeps doing well overseas. It had a successful launch in China and Japan, good respectively for $13 and $3.3 million. Italy, worth $11 million, is now the second market after China, followed by Germany and Brazil. The total worldwide count is slightly over $147 million.

Overseas, this week belongs however to Dr. Strange, with Benedict Cumberbatch as a great neurosurgeon whose hands are destroyed in a car accident. The latest film produced by the Marvel factory, also starring Tilda Swinton, Rachel McAdams and Chiwetel Ejiofor, opened in 33 countries to a very strong $86 million, finishing its first run well ahead of other Marvel hits such as Guardians of the Galaxy, Captain America: Winter Soldier and Ant-Man. The strongest market was Korea, with $18 million. The U.K. was good for $11 million, followed by France, Australia and Germany. Then there is Trolls that overseas bested Inferno by a million dollars. It was number one in Russia and Brazil.

Tom Cruise's Jack Reacher: Never Go Back, added $9.5 million domestically and $11 million internationally, for a worldwide total of $94 million. China was disappointing; the UK did $7 million, France just above 5. Ben Affleck's The Accountant was number four domestically, adding $8.5 million for a total close to $62 million. 46 markets generated close to $8 million, for a total of $20 million. Bridget Jones’s Baby has reached an international total of $150 million, 58 of which are coming from the UK alone.

In the specialty market, the Barry Jenkins directed and critically acclaimed Moonlight continues to generate spectacular numbers. It expanded from 4 to 36 theaters, earning $900,826 for an astonishing theater average of $25,023.

Next week we will witness the debut of some eagerly awaited titles. Amongst them, Marvel/Disney’s Dr. Strange (that on November 4 opens also in China), Fox’s Trolls and Lionsgate’s Hacksaw Ridge, which marks the return behind the camera of Mel Gibson.