by Lorenzo Soria November 6, 2016
Share on FacebookShare on TwitterShare on PinterestCopy URL 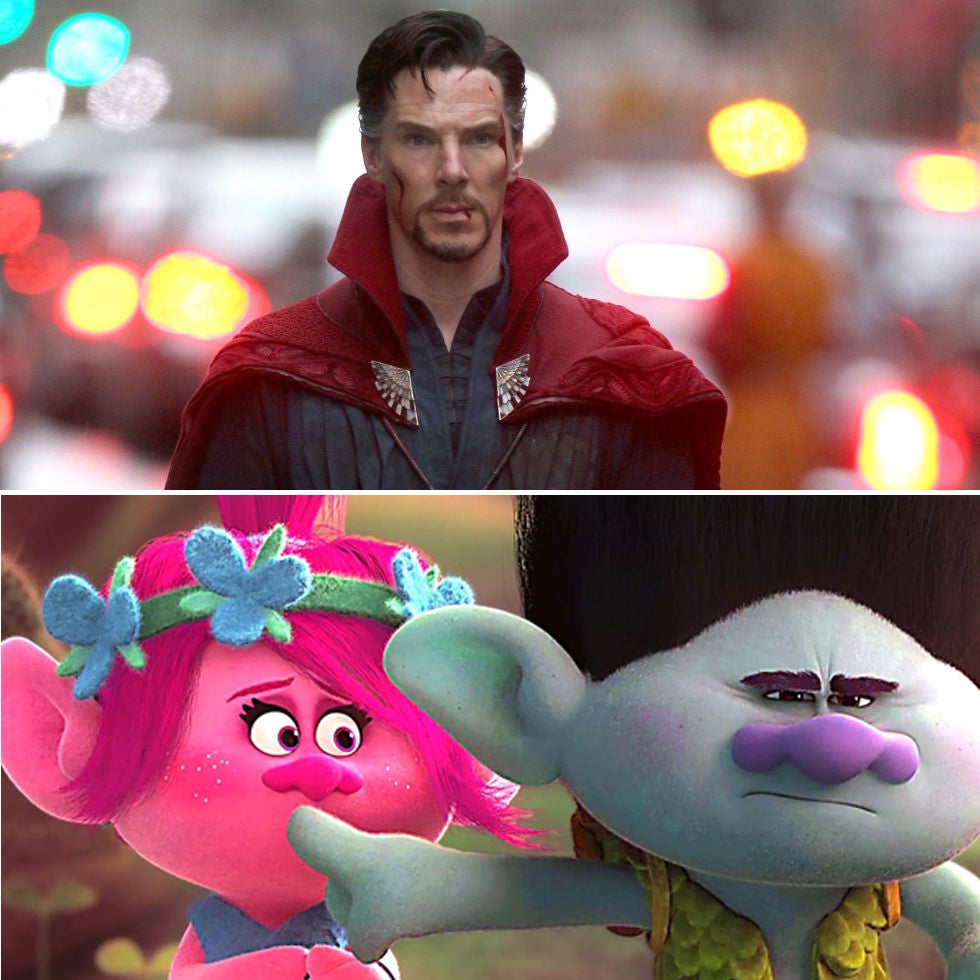 Scenes from Doctor Strange and Trolls

Marvel and Disney just can’t seem to stop winning as their latest film Doctor Strange handily cast a spell on the domestic and international markets. The doctor in the title is Benedict Cumberbatch, who after having lost the use of his hands travels to Nepal to seek the healing powers of a sect of mystical sorcerers. He learns their ways and soon after developing his powers he becomes part of the order’s effort to defend the earth from a renegade member who wishes to bring us the alternate dimension of darkness. Marvel’s lighthearted action formula worked again with Strange, taking $85 million in its U.S. debut.  Following an extensive Chinese promotional tour by star Benedict Cumberbatch, Strange scored a $44.3 million opening in the Middle kingdom. This makes it the highest opening there for a non-sequel superhero film and the third biggest ever for Disney/Marvel after Age of Ultron and Captain America: Civil War. The second weekend in foreign markets was worth $118.7 million overall, bringing Strange’s international cumulative to $240.4 million so far. It is playing well elsewhere in Asia. South Korea, its second largest market, has netted $30.4 million. It bowed in Brazil with $7.9 million, while Russia reached $15.4 million after its second weekend plays.

Also debuting on the domestic market was DreamWorks’ Trolls, which beat expectations with a solid $45.6 million opening. Trolls is based on the popular toy line and stars Anna Kendrick and Justin Timberlake. Kendrick plays a peppy singer while Timberlake is a cynical grumpy troll. After Kendrick’s character throws a loud party that attracts a monster who kidnaps all the other trolls. The pair embark on a quest to save their friends from being cooked for dinner. It finished another weekend abroad with $30.3 million, reaching an offshore cumulative of $104 million. New plays in Mexico were worth $2.7 million, while it saw significant increase in Europe including a 28% bump in Italy and a 221% percent rise in Belgium. Trolls’ global cumulative is now $149.6 million.

Still on home debuts, Mel Gibson’s World War 2 drama Hacksaw Ridge bowed with $14.7 million from 2,886 theatres. In Gibson’s first directorial effort since 2006’s Apocalypto, he tells the story of Desmond Doss, a medical nurse in the Pacific theatre and the U.S.’s first serving conscientious objector, who would go on to win the medal of honor without ever picking up a weapon. Andrew Garfield plays the hero of the film. Joining him are Vince Vaughn, Teresa Palmer, and Sam Worthington. Hacksaw began a limited overseas debut in select theatres in several countries, including Australia, and reached $1.65 million. It will likely be carried by awards success, having garnered enough smaller accolades already to be considered a contender.