by Lorenzo Soria September 11, 2017
Share on FacebookShare on TwitterShare on PinterestCopy URL 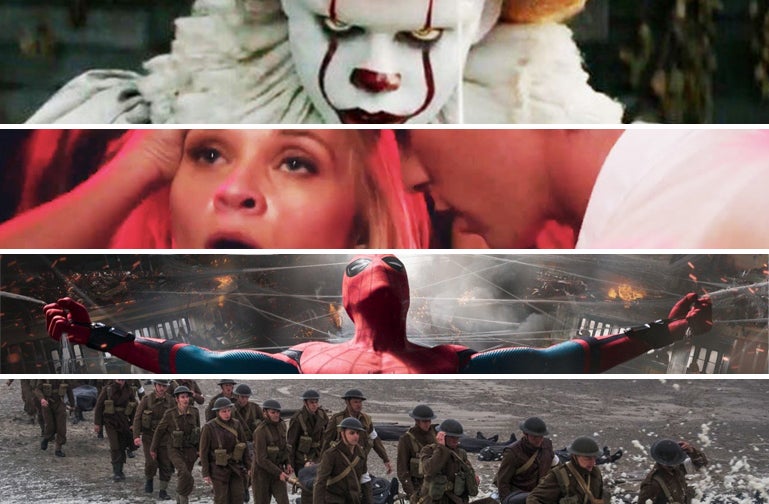 Scenes from It, Home, Again, Spider-Man: Homecoming, and Dunkirk

Hurricane Irma tore into south Florida this weekend and shuttered movie theaters across the state, but that wasn’t enough to scare off New Line and Warner Bros.’ killer clown flic It. Bill Skarsgård stars as Pennywise the Clown, taking home $123 million from a US box office debut and working his way into a generation’s nightmares. This adaptation of Stephen King’s 1986 novel of the same name shattered the September release record and set a new bar for all-time horror film openings, despite losing roughly six percent of its projected sales to shuttered Sunshine State theaters. The film went through seven years of development hell before New Line settled on Argentine director Andy Muschietti to take the helm. Cary Fukunaga was previously attached but New Line wasn’t comfortable investing in his more unorthodox and reportedly sexually graphic vision for the film. The final release has Jaeden Lieberher opposing Skarsgård’s Pennywise as Bell Denbrough, leader of a group called “The Losers” who are dedicated to fighting the evil that has plagued their quiet Maine town for centuries.

Overseas plays for It netted a healthy $62 million from 46 markets, taking its global cumulative launch just past $180 million. Top international territory the UK netted $12.3 million for the film while Latin American powerhouse Brazil, where horror flics generally do well, opened on $5.6 million. Russian sales were worth $6.7 million, and It enjoyed a strong start in Australia, taking $5.9 million. The next biggest territories on this film’s slate are France and Mexico, which will begin showings on September 20 and 21.

Despite a clear monopoly on the domestic box office, It left a bit of room for one other new North American release. Reese Witherspoon romantic comedy Home Again opened with $8.2 million in 2,028 US and Canadian theatres, taking second in a very plutocratic looking weekend top ten. First time director Hallie Meyers-Shyer takes the helm while Nat Wolff, Candice Bergen, and Michael Sheen join Witherspoon on screen. No foreign plays coincided with the US release but Home Again is set to move into a few European and South American markets next week.

After weeks of having to look afar to find good news for the film industry there is finally some success to report on in the US, but that doesn’t mean that big things aren’t still happening in China. Spider-Man: Homecoming swung into PRC theatres this weekend and netted a solid $70.8 million. It became the third largest superhero opening to date in the country, and this China boost helped push Spidey past the $800 million mark. Global sales for Marvel’s teenage hero shot to $823 million, with domestic tickets making up $327 million of that figure.

Fellow global holdover Dunkirk added $13.5 million this weekend to reach a worldwide cume of $492.5 million. It will cross the half-billion mark by midweek. 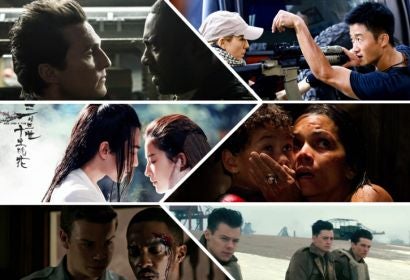