by Lorenzo Soria September 22, 2014
Share on FacebookShare on TwitterShare on PinterestCopy URL 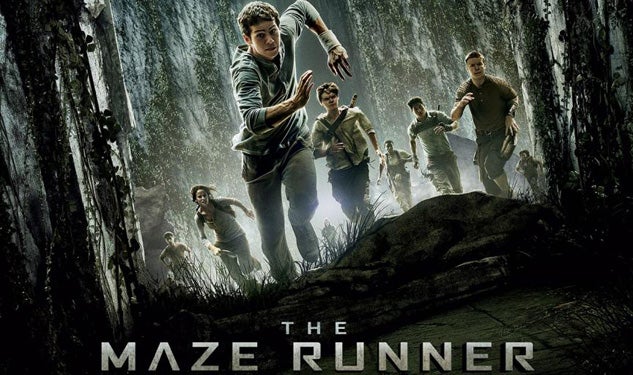 As a summer that most studios, distributors, theater owners and anyone else involved in the film business in the North American market would like to forget has come officially to its end, Fall started on a positive note. And brought the hope that maybe things may change and that the end is not here yet.

The film to thank for the unexpected turnaround is Fox’s The Maze Runner.  Based on a post-apocalyptic book by James Dashner, it has Dylan O’Brian, of MTV’s Teen Wolf fame, as its biggest name. There was no grand marketing push behind it, just a catchy premise: a bunch of young kids trapped on a mysterious and dangerous island with no recollection of what they left behind and where they are, faced with a giant mechanical maze.  And it worked, with a haul of $32.5 million in the U.S., where its audience turned out to be 52% female and 64% under 25. It also opened in over 50 countries overseas, where it added, so far, an extra $50 million. It did particularly well both in South Korea and Russia, with $5.5 million each. Brazil and Mexico added $2 million each and things went pretty well in Australia, Hong Kong and Singapore. With major players such as China, Germany, the UK and Japan yet to open, it’s no wonder that a sequel is already in preproduction, with a just announced release date of September 18, 2015.

One sequel got its green light, another may not happen after all. A Walk Among the Tombstones was perceived as a potential franchise material that would have added multiple sequels with Roman numerals, but the very dark Universal project made just  $13 million on its opening weekend. For Liam Neeson, who just last February opened Non-Stop with  $30 million and is accustomed to triumphs such as Unknown and Taken, this is quite a setback. Perhaps a sign that audiences may have seen too much of him as an action star, it seems some Neeson-fatigue may be setting in.

Also This is Where I Leave You, a comedy directed by Shawn Levy, did not do as well as expected. It has an all-star cast, including Jason Bateman, Tina Fey, Jane Fonda, Corey Stoll, Rose Byrne and Adam Driver. But it had to settle for less than $12 million.

Among the holdovers from previous weeks Sony’s No Good Deed, a thriller starring Idris Elba and Taraj P. Henson, earned $10.2 million on its second weekend. A Dolphin Tale 2, has earned $27 million so far, well below the original. A disappointment, yes, but nothing compared to Kevin Smith‘s Tusks. The horror film about a podcaster who gets kidnapped earned an embarrassing $886,000 from over 600 theaters.

In contrast, we have a few movies, which never seem to go away and that keep on surprising. After dominating the international box office for several weeks, Lucy had to leave the top spot to The Maze Runner and settle for second prize and $13 million. Still, Scarlett Johansson’s film global total is now a solid $378 million, and with some interesting markets such as Italy still to open, it has a very strong chance of going over the $400 million mark. Also, Walt Disney’s Guardians of the Galaxy continues its march to greatness. It earned $5 million on its eighth weekend and it has now amassed $313 million domestic and $632 million worldwide, which means it has officially passed Iron Man 2. Dawn of the Planet of the Apes crossed the $100 million mark in China and thanks mostly to Japan it added $8.1 million for a global total of $681 million, a cool $200 million more than Rise of the Planet of the Apes. And then there is Sex Tape. One of Hollywood’s mantras is that comedies do not travel. But apparently that rule does apply if you have Cameron Diaz in a movie: with a global total of $110 million, the foreign haul of Sex Tape is now twice that of North America.

Next week will mark the debut of Denzel Washington’s The Equalizer and of Laika’s The Boxtrolls. And we will be back to tell you how they fared.