by Yoram Kahana January 8, 2014
Share on FacebookShare on TwitterShare on PinterestCopy URL 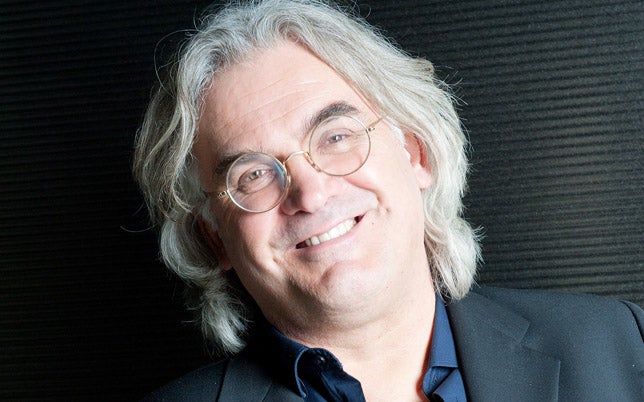 A former print and television journalist, British director Paul Greengrass is still attracted to newsworthy topics for his feature films. He started in the early 1980s directing current affairs investigative pieces for ITV, and launched his movie career with made-for-television non fiction films. The One That Got Away was about British Special Forces in the Gulf War, and The Fix dealt with a 1964 betting scandal that shook the world of British soccer.

Greengrass’ 2002 Bloody Sunday based on the 1972 Bloody Sunday shooting of Irish protestors by British military won him awards and recognition on the other side of the pond, and led to fiction drama assignments, most notably the second installment of the Bourne franchise, The Bourne Identity (2004) and its sequel, The Bourne Ultimatum (2007). But reality-based dramas remained Greengrass’ first love, returning to the story of the hijacked 9/11 flight United 93 (2006) and going back to the war-torn Near East in Green Zone (2010), in which Bourne's Matt Damon led a U.S. military team in post-war Iraq, searching unsuccessfully for weapons of mass destruction.

Greengrass’ current film, the Golden Globe-nominated Captain Phillips is again based on a true story – the hijacking by Somali pirates of a U.S. freighter, the Maersk Alabama, and based on the book written by Captain Phillips. Tom Hanks portrays Phillips, and was cast by the producers before Greengrass came on board. But for the role of the pirates Greengrass cast unknown Somali men with little or no acting experience. They performed so grippingly and naturally that Barkhad Abdi, who played their leader, also won a Golden Globe nomination in the supporting actor category.

Finding them was not easy. Greengrass told the HFPA in an exclusive interview how he searched for an authentic look: “We had to cast Somalis. The Horn of Africa is a very particular place, the people look very distinctive, and we were trying to tell the story with authenticity.” The search led them to the Somali community in Minnesota, of all places. He met the four actors who got the parts at a hotel in Los Angeles and gave them the good news. But they didn't react. “I thought it was odd,” said Greengrass, “so I went into this speech about ‘you are going to work hard, it’s not going to be glamorous, da da da da…’ No reaction. So the casting director whispered to me, ‘I don't think they understand.’” Replied Greengrass, “I know, but I just told them. ‘Well, tell them again.’ So I said ‘listen. You've got the parts.’” And there was this sort of American Idol moment . . . they all went ‘Omigod’ in the middle of the hotel's lobby, shrieking and roaring. So we had to take them out of the lobby, outside on the beach, and one of them suddenly went ‘I got to jump into the ocean’ and the four of them ran down to the ocean, taking all their clothes off, and jumped into the sea. It's absolutely true!”

On January 12, Greengrass will be at the Golden Globes Awards show as one of five nominees for Best Director along with Tom Hanks, nominee for Best Actor in a drama, and Barkhad Abdi, a young non-pro Somali immigrant nominated for Best Supporting Actor, fully clothed of course, and competing with such Hollywood and world cinema veterans as Bradley Cooper (American Hustle), Michael Fassbender (12 Years a Slave), Daniel Bruhl (Rush) and Jared Leto (Dallas Buyers Club).