by Janet Nepales December 31, 2013
Share on FacebookShare on TwitterShare on PinterestCopy URL 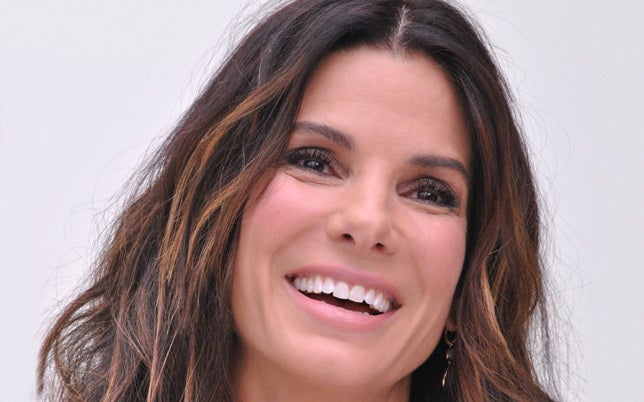 Sandra Bullock, “America’s Sweetheart,” shot to stardom with her role as Annie, the reluctant but plucky driver in Speed. The 49-year-old actress, who grew up singing in children’s choirs in Nuremberg, Germany, was raised in show business by her German opera singer mother and voice coach father.

Witty, down-to-earth, funny and intelligent, Sandra made people laugh in such roles as the tomboyish FBI agent who poses as a beauty queen in Miss Congeniality, the editor who marries her assistant to keep her visa status and avoid deportation in The Proposal, and this year, the buddy cop of the equally talented comedienne Melissa McCarthy in The Heat.

She added, “And you know in this business you are rejected all the time. If you take it personally, you’re just going to be depressed a lot of times, so just don’t take it personally. And that’s the trick. How do you get to that point? It’s just work. That’s how you remove myself from the dings and the things that come your way. There are other things that are a little more important than being rejected in this business.”

The former bartender, coat checker, waitress and cleaning woman has indeed come a long way. She won a Golden Globe, an Oscar, a SAG and a Critics’ Choice Award for her portrayal of Leigh Anne Tuohy, a Southern lady who adopts a homeless African-American youngster and helps him fulfill his dream of becoming an American football star in The Blind Side.

Nominated this year for a Golden Globe Award for Best Performance by an Actress in a Motion Picture – Drama for her literally out-of-this-world performance as Dr. Ryan Stone, a medical engineer on her first space shuttle mission in Alfonso Cuaron’s science fiction-thriller Gravity, Sandra said of her role, “Everyday was a torture system but in a weird way it helped in the process of portraying someone isolated, in pain, frustrated and claustrophobic.” Most of her performance was shot either in darkness or under bright lights. “It’s tricky not having the luxury of anything around you to get you to where you needed to go, but that’s what also helped in a weird way.”

Sandra will be featured next in an animated comedy film, The Minions, where she will be the voice of Scarlett Overkill, a stylish and ambitious villainess who dreams of becoming the first super female villain of the world. Sandra reveals that she chooses her roles based on several things: “The director, subject, quality, story, the experience that it will give me – both life and work experience because when you go make a movie it is a big chunk of your life.”

Honored in 2004 as “Woman of the Year” by Harvard’s Hasty Pudding Theatricals, Sandra is a philanthropist. She has twice donated a million dollars to the American Red Cross – first to its Liberty Disaster Relief Fund and then to the Indian Ocean earthquake and tsunami relief efforts.

Voted by her high school class in Washington Lee High School as “Most Likely to Brighten Your Day,” Sandra indeed has that effect on everyone she meets.