by Jean-Paul Chaillet January 4, 2015
Share on FacebookShare on TwitterShare on PinterestCopy URL 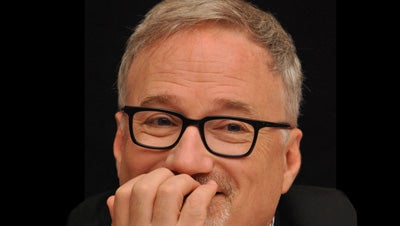 “Everybody gets boxed in, in some ways,” admits David Fincher. “And I like being the go-to guy for the movies that are hard to make. Like how would you do this narratively, what’s the puzzle for this? ” He is talking about Gone Girl, his adaptation of Gillian Flynn’s eponymous best-seller, nominated in four major Golden Globes categories. “The thing in this story that I had never articulated before,” he explains, “was this idea that we create these narcissistic projections of ourselves in order to get people to like us and in some cases to seduce them. And yet we remain totally oblivious when others do that to us.” And once the masks fall, the reality shows its ugly face.

By now, the plot of this twisted tale of not-so-happily ever after conjugal life is well known. On their fifth wedding anniversary, Nick’s wife Amy goes inexplicably missing and he becomes the prime suspect as media frenzy feeds on his possible involvement. Of course nothing is what it seems, and appearances are more than deceiving behind the masks of the seemingly perfect couple living the idyllic life.

It seemed the perfect canvas for Fincher. After all in his career he has proven many times to be an expert in exploring the darker corners of the human soul. Manipulator extraordinaire behind the camera, Fincher likes to play with his audience’s expectations, to better fool them while keeping them on the edge of their seats. The Game, Se7en, Zodiac, The Girl With A Dragon Tattoo, are hyper-stylized dark psychological films and Gone Girl probably the most Hitchcockian of all. But don’t tell David Fincher Gone Girl is simply a thriller. “I don’t accept that it’s a thriller,” the director insists. “I don’t want to be the thriller guy. I prefer to think of this movie as a sort of hybrid genre film that exists on three levels. It is a mystery, as much as a vivisection of a marriage and then ultimately reveals itself not as an examination of the media but a very specific satire of tragedy vampirism.”

At 52, he projects a mix of coolness and determination, his face youthful in spite of the white close-shaved goatee. Specific and determined in his chosen words, he has built a reputation as an utter perfectionist sometimes requesting several dozens takes of a same shot to achieve his vision (an average of 50 acknowledged his long-time producer Cean Chaffin during the making of Gone Girl!). That did not deter Ben Affleck who plays Nick, from wanting to experience the Fincher method first-hand. “He has never made a bad movie,” elaborates the star. He is a real true master, the rare director who has the mind of an engineer and the soul of an artist. As such he is able to construct films that technically are very elegant, precise and confident, while also infusing them with themes that are really emotionally resonant. So I felt I was in good hands.”

To portray Amy Dunne, Fincher chose British actress Rosamund Pike. “I had seen her in four of five films and what fascinated me was that I could never figure out who she really was.” Under his direction, she reveals a chilling range of subtle and changing emotions. And the on screen chemistry with Affleck is entirely believable, something that can rarely be faked to feel genuine. And Fincher once again he teamed up with Trent Reznor and Atticus Ross who provided an eerily spare accompanying score to better underline the black humor in the film. To this day, Gone Girl has earned 356 million dollars at the world box-office, confirming Fincher’s status as reliable money maker. As such he is one of the few directors in Hollywood to command final cut on his films. Sweet revenge for someone known for his occasionally stormy relationships with the studios, notoriously describing his experience on Aliens 3 as “horrible.” After giving up a remake of 20,000 Leagues Under the Sea, and an Aaron Sorkin scripted Steve Jobs biopic, will he follow up Gone Girl with part two of the Millennium trilogy for the sequel The Girl Who Played With Fire? “If I am called, I will answer!” he responds cryptically. As for the success of the U.S. version of House of Cards, on which he serves as executive producer, and which got three nominations this year at the Golden Globes, Fincher simply remarks: “I was glad to get a chance to do for another audience what the original had done for me.” Next, he will team up with writer James Ellroy for Shakedown, an HBO noir drama series set in the tabloid underbelly of 1950s Los Angeles and centering on a private detective inspired by legendary and controversial vice cop-turned private eye Fred Otash. The man who claimed to have listened to Marilyn Monroe and JFK’s lovemaking and one of the inspirations for the character played by Jack Nicholson in Chinatown. Also for HBO, Fincher is revisiting his days as video director for a half-hour show taking place in the music world of Los Angeles in 1983. Be prepared for more broken dreams and darkness galore.