An Oral History of Back to the Future, by Robert Zemeckis

by Ana Maria Bahiana October 21, 2015
Share on FacebookShare on TwitterShare on PinterestCopy URL 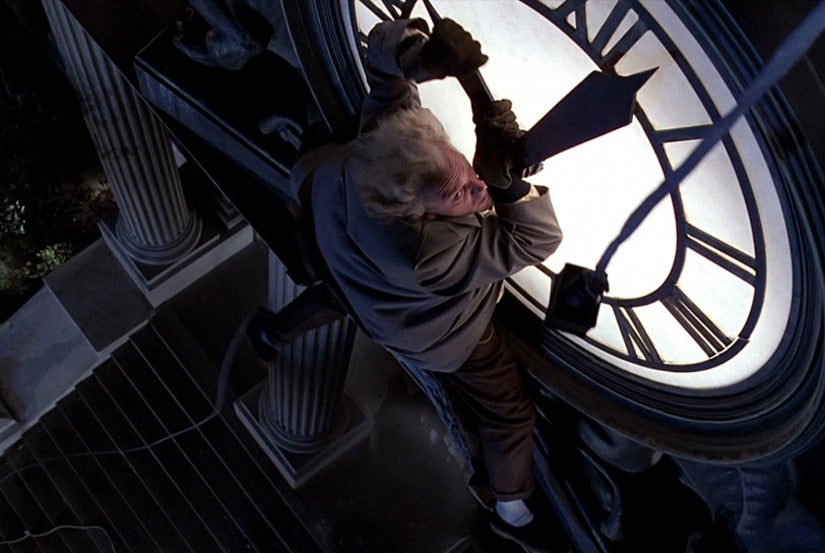 In Back to the Future Part II, Marty McFly travels to October 21, 2015 to try and save his, as yet unborn, children. Well, the future is finally here! On this same momentous date Ana Maria Bahiana goes back to, well ... the Past. To the 1985 where Robert Zemeckis is at an HFPA press conference ...

In 1980, writer and producer Bob Gale, a longtime friend and collaborator of Robert Zemeckis’s (I Wanna Hold Your Hand, 1941) decided to visit his parents in his hometown of St. Louis, Missouri after the local premiere of his latest work, the satire Used Cars. Perusing his parents’ extensive memorabilia collection, Gale came across his father’s high school yearbook, and instantly had a powerful insight: if he had met his dad then, would they become friends?

Back to Los Angeles Gale shared his thoughts with Zemeckis, who immediately recalled how his mother’s recollections of her high school days seemed to be mutable and, at best, inconsistent. The idea of reconstructing the past stuck with the filmmaking duo, desperately in need of a breakthrough after the unsuccessful results of their previous collaborations.

Development was long and excruciating. The project, originally set at Columbia, was quickly put in turnaround. Discouraged, Zemeckis put it on hold and went on to direct Romancing the Stone – which, of course, became a huge hit and changed his prospects. Encouraged by their friend Steven Spielberg, Zemeckis and Gale set the project at Universal. After some more delays – including a false start in late 1984, with Eric Stoltz as Marty McFly – production started in earnest, in and around Los Angeles, in the spring of 1985.

The film was Back to Future – a blockbuster, a landmark of American cinema in the 1980s and the recipient of four Golden Globe nominations. On October 11, 1985, the HFPA sat down with Robert Zemeckis to discuss past, present and future. 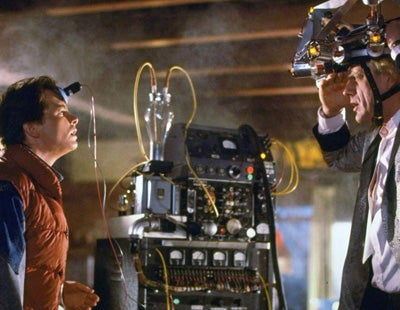 Origin Myth “I never really remember where ideas come from. It was just something that Bob (Gale, screenwriter) and I wanted to try. We don’t remember having seen it before. Most time travel stories that you read they sort of suggest that things can’t be changed, that everything is pre-ordained or pre-destined so we wanted to experiment with that. And it became very apparent that if you can change things when you go back … what would happen to the future?” 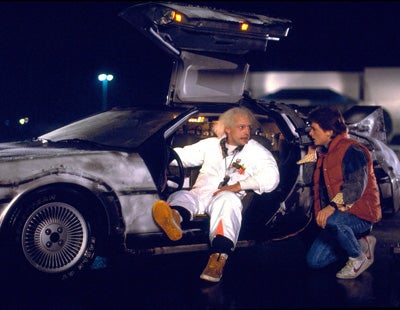 A Sweet Ride “We chose the Delorean basically because it was the only car that existed that had gull-wing doors and would look kind of like a spaceship to someone in the 50s who, all of a sudden, had it drop in their backyard.” 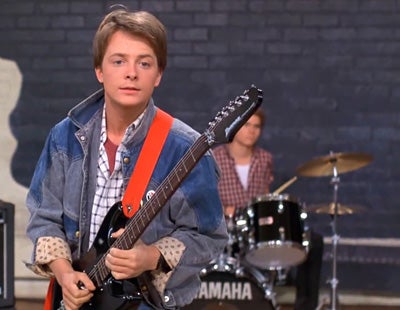 Replacement Parts “We removed Eric (Stoltz) from the movie before we had Michael (J. Fox). Michael was our first choice for the movie way back in October before we started shooting, but there was no way to work around his schedule at that time. We didn’t know what our fate was gonna be. We were completely prepared to shut the film down for however long it was gonna take to recast the part but luckily we were able to work out the scheduling problems. The studio allowed us to only work with him for six hours (a day) which could have been a very expensive thing except we were able to fill our days shooting around him. We were very fortunate in that respect.” 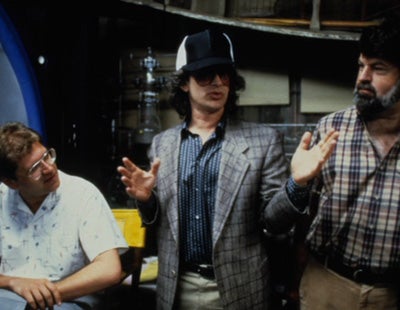 The Godfather “Steven (Spielberg) was on the set (of Back to the Future), for the entire shooting, a total of maybe two hours. He came to the wrap party; he came for the first shot. He would see dailies. His involvement was basically in the important areas, where his involvement should be – at the very early stages of the movie where he and I would talk about what the movie was going to be, what the tone of the movie was going to be, how I saw the casting of the film, the budget. And, of course, after the film was completed, using his skill and his power to assure that the film would be released and distributed properly.” 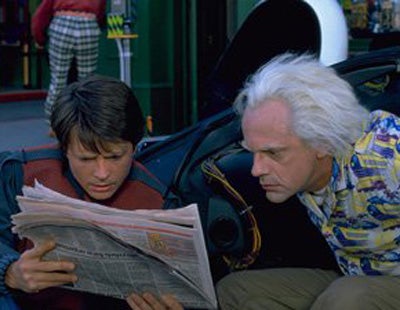 Great Expectations “There’ll probably be a sequel. No one is seriously thinking about it right now but I would think that down the road it would be likely. I would like to see the next chapter. If a film is a film that lends itself to be continued, I think it should. I’m very thankful that they did the sequel to The Godfather part I because I think The Godfather Part II is a marvelous movie. And I’m glad that the Star Wars trilogy was completed. I don’t think every film that makes x amount of dollars should have a sequel and I think audiences know that. They know (when a) sequel’s being made for the wrong reasons.”