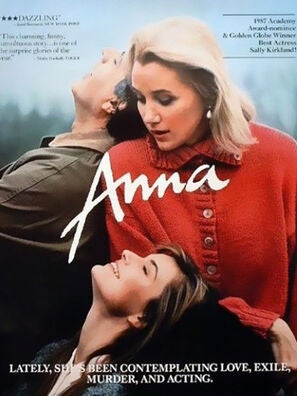 Anna is a middle-aged actress looking for work in New York City, with the help of her sometime lover, Daniel. She used to be a Czech film star married to the director Tonda, who is now successfully making commercials in New York. After the 1968 invasion of Czechoslovakia, Anna was imprisoned and eventually exiled. Anna takes in the young girl Krystyna, who has just arrived from Czechoslovakia, and speaks no English. Anna and Daniel help Krystyna learn English and start a promising acting career. However, the only job Anna can find is as an understudy.