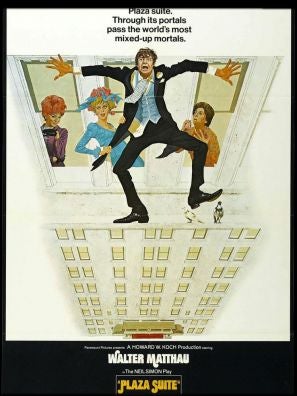 Three separate stories concerning relationship issues are presented, each largely taking place in suite 719 of the Plaza Hotel in New York City. In story one, suburban New Yorkers Sam and Karen Nash are spending the night in the hotel as their house is being painted, but more importantly for Karen because it is their twenty-"something" wedding anniversary, the hotel where they spent their honeymoon. While Karen wants to recreate the romance that she remembers of their wedding night, Sam is preoccupied with business matters. But it is other issues that highlight their fundamental differences that may demonstrate if they will make it to twenty-something plus one. In story two, womanizing Hollywood movie producer Jesse Kiplinger has exactly two hours free during his whirlwind stay in New York, which he wants to fill with a quickie. Of the many women he calls, the first to agree to meet at his suite is his old hometown flame, married Muriel Tate. Muriel, who knows what Jesse wants, he who she has not seen in fifteen years, is a bundle of nerves as she continuously second guesses herself in whether she should have come. And in story number three, there are a roomful of people in the Baroque Room of the hotel for the wedding and following reception of Borden Eisler and Mimsey Hubley, the event which is being paid for by Mimsey's penny-pinching father, Roy Hubley. What the people in the Baroque Room are unaware of is that Mimsey has locked herself in the bathroom of the hotel suite, but not saying a word to either her father or mother, Norma Hubley, as to the reason for her cold feet. As Roy and Norma try whatever they can to get Mimsey out of the bathroom while stalling the Eislers in the Baroque Room, Roy and Norma also focus on issues in their own relationship and how they raised Mimsey, which may be appropriate if they learn the reason for Mimsey's cold feet. 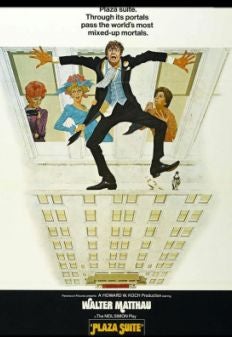 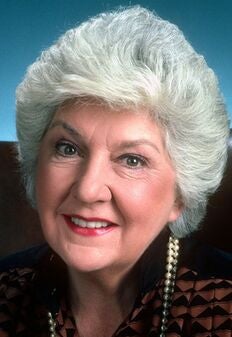