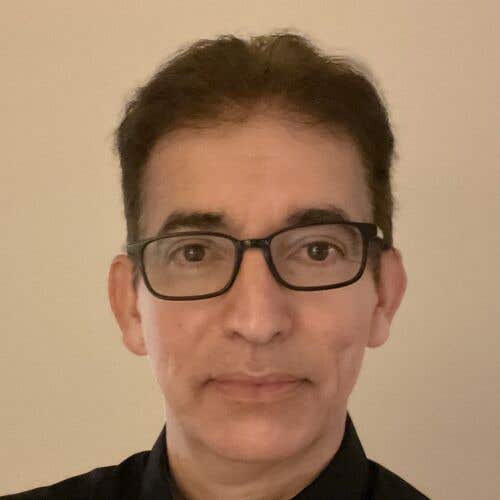 Husam ‘Sam’ Asi is the producer and presenter of BBC Cinematic, a weekly TV show on BBC News Arabic. Since starting the show in 2017, he has also been regularly included in the “Golden 100 Most Influential People in Arab Cinema” list. Launched as a radio station in 1938, BBC Arabic now reaches more than 40 million people on television, radio and online every week. Asi holds a BSc in Physics, an MSc in Medical Science, and a Ph.D. in Visual Neuroscience at Technion (Israel Institute of Technology). He completed his Post Doctorate at University College, London, where he became interested in cinema in 1997 and joined the UCL Film Society, making several short films. In 1999, Asi founded the UK online film publication, UK Screen, and closed that down when he moved to L.A. in 2008 and joined the HFPA. As well as his work with BBC Cinematic, Asi writes a weekly column in the Pan Arab daily, Al Quds Al Arabi, and is a regular commentator on major Arab media networks such as Al Jazeera.