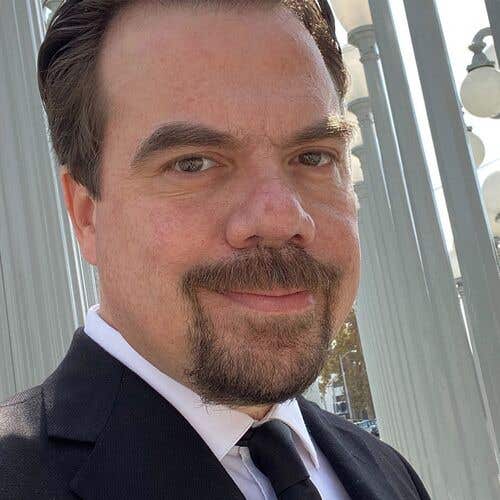 Mario Pacheco Székely is a Mexican-American film and TV journalist, writer and film professor. He was born in the USA to Mexican parents and lived most of his life in Mexico. His first cover publication was at El Norte, a major newspaper in his hometown of Monterrey, México when he was 22. After moving to Mexico City, Székely spent 20 years writing for the most influential newspapers in the country such as El Universal, Reforma, Excelsior and Record. For more than two decades, Székely covered press junkets in L.A. and NY before moving to California in 2015. He also became Unit Publicist for landmark Mexican films such as Y Tu Mama También by Alfonso Cuarón, and movies starring international stars such as Eugenio Derbez, Demián Bichir and Salma Hayek.

His one-on-one interviews appeared in the Mexican and LATAM editions of Esquire Magazine, GQ, Empire, Marie Claire, Elle, TV Guide, Vanity Fair. He can be heard weekly on W Radio (National Mexican FM broadcast) and the movie show De Película at Los 40. For a decade Székely taught film history in Mexican colleges. Now he works with the Mexican consulate in L.A. to promote storytelling to the younger immigrant generations.