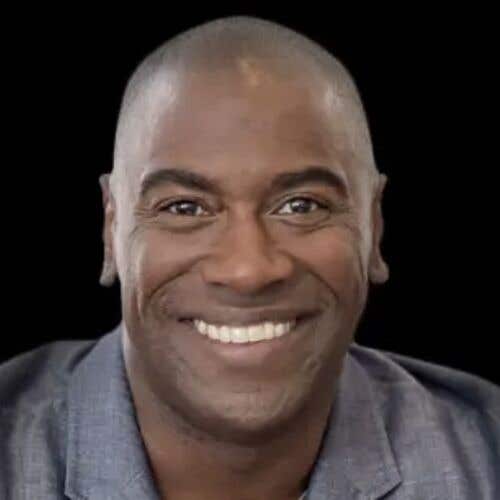 Neil Phillips believes that love is the answer to just about everything... and if that makes you uncomfortable, that's okay. Discomfort signals an opportunity for growth. Neil has spent his entire career managing his own discomfort and diving deeply into the realm of breaking the bonds of systemic racism and having the uncomfortable, yet productive, conversations that can radically change organizations and individual lives.

Neil also knows what it takes to truly transform and elevate the lives of young people and has discovered that it is love. On a practical level, it looks a lot like leadership, encouragement, high expectations, and accountability. But ask any one of the children he has had the privilege of knowing over his decades of work as an educator, coach, and youth advocate and they will tell you that Neil Phillips loves them and was never afraid to say it or show it. Love has made all the difference.

Neil is an innovative speaker and entrepreneur – a game-changer – who delivers light and visibility to the most pressing issues of our time: value and equity. Neil focuses on creating opportunities that elevate human value in education, business, and the public/private sector. A sought-after inspirational speaker on topics of diversity, education, and culture, Neil’s unique vision and spirit of inclusivity inspires all to See More.

Neil is a Harvard University graduate and former professional basketball player. His early career was spent in youth sports and character development at One On One Basketball and Positive Coaching Alliance. Neil returned to his alma mater, Landon School, in 2002 and served in administrative leadership roles for 10 years. While at Landon, Neil was steadfast in his focus on character, culture, and creating a more diverse and inclusive school community. Motivated to do more to address the national crisis of boys of color, Neil transitioned from Landon in 2012 and Co-Founded Visible Men Academy (VMA), an "A" rated public charter school located in Bradenton, Florida. Prior to retiring in 2021, Neil served as the Co-Founder, founding Principal, and former CEO of VMA. Neil’s vast and uniquely varied school leadership and startup experience – leading both public & private schools, serving lower through upper-income communities, at elementary through high school levels in different geographic locations – affords him with a wealth of unparalleled insight on the K-12 educational landscape. Neil continues to work with educators, leaders, and media partners who are committed to the elevation of black male achievement, fulfillment, and societal contribution.

Neil is an Aspen Institute Education Entrepreneurship Fellow and a member of the inaugural Echoing Green/Open Society Foundation Black Male Achievement Fellowship. Neil is a multiple-time winner of The Nantucket Project Audience Award for his provocative talk on race in America called “Race to Truth”, for his compelling on-stage conversation with famed television producer Norman Lear and, most recently, for his on-stage conversation with former President George W. Bush. Currently, Neil is working on a documentary film with The Nantucket Project, focusing on race and human value.

Neil is the Chief Diversity Officer of the Hollywood Foreign Press Association (HFPA) and serves on the boards of CBAM Partners, Checkers & Rally's, and The Nantucket Project.

Neil lives in Sarasota, Florida with his wife, Shannon Rohrer-Phillips – a social entrepreneur focused on gender and racial equity – and their two beautiful teenage sons, Reece and Blair. True to his Jamaican American roots, Neil has a passion for music, seeded and nourished by his ever-dancing parents. He is an avid tennis player and an emerging golfer.