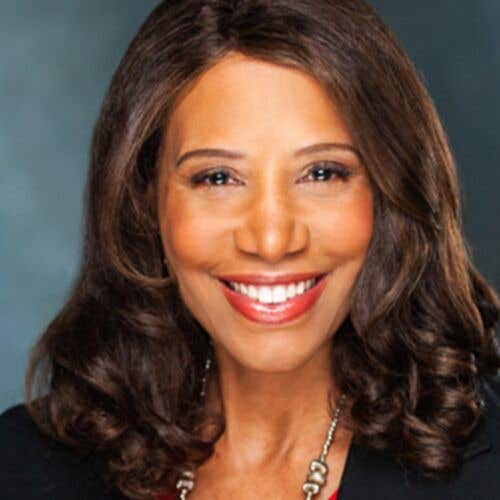 Sharlette Hambrick is founder and CEO of Y-Tulip Productions with a successful career as an entertainment industry executive, who is credited with shifting the landscape of entertainment television and the cultivation and expansion of all emerging platforms.

Currently, Hambrick is in development on a Drama Series (Motor City: The War at Home) and a Docu-Series (The Untitled Gary Catona Story). She was a producer on the international animated EARTH video for Ryot and Iconic Engine. This collaboration utilized the talent of hundreds of animators from around the world along with a bevy of A-list performers such as Leonardo DiCaprio, Lil Dicky, Ariana Grande, Justin Bieber, Ed Sheeran, Kevin Hart, and Zac Brown among others. Additionally, Hambrick was tapped by Disney, Paramount, Sony and Universal to serve as Executive Producer of the Chinese broadcast and digital show, Talking to Hollywood with Betty Zhou (令对话好莱坞), which aired weekly on China’s CCTV6, reaching some 900 million homes. The show consisted of Hollywood content for China’s Television, Digital, E-Commerce and Theater markets.

Sharlette is most well-known for her Emmy award-winning tenure at Entertainment Tonight Senior Producer led the cover of all the premiere film festivals (Cannes, Venice, Toronto, Sundance).

From her start as a segment producer, to her eventual status as Senior Producer, she successfully helped to restructure the show’s entire focus, elevating its coverage and prominence. Her efforts led to her being integral to the launch of the movie review show Hot Ticket with Leonard Maltin, followed by the launch of The Insider, a visionary growth product of the Entertainment Tonight brand.

Hambrick earned a degree in Broadcast Journalism from Pepperdine University. She did post graduate work in Cologne, Germany and at Stanford. She is a guest lecturer at the USC Annenberg School of Journalism and frequently participates in technology related content conferences.