In our second annual Restoration Summit, presented at the American Cinematheque, the HFPA is proud to present two days of films, conversations and lectures surveying the latest developments in film preservation and restoration. The HFPA is committed to preserving film heritage and supporting restorations of films worldwide. Fittingly, our summit this year begins with a deep dive into the earliest days of film, with a presentation by Serge Bromberg, famed film preservationist and founder of the Blackhawk Films restoration labs. Bromberg’s presentation is a journey to beginnings of cinema with the work of the Lumière brothers and that of the original master of cinema illusion, Georges Méliès.

Jane Fonda headlines Saturday's evening program, as she presents the world premiere of IndieCollect's new restoration of F.T.A., a 1972 documentary about opposition to the Vietnam War in which she and Donald Sutherland are featured. Over the years, Fonda has become one of the leading figures in protecting cinema history, and her efforts in film preservation for the Women Directors Fund have led to the restoration of 10 important films by women directors. Following this screening, Eddie Mueller will present the Film Noir Foundation's new restoration of BLACK VAMPIRE, a stunning Argentine film noir that reimagines Fritz Lang’s classic M.

On Sunday, the summit continues with the 4K restoration of William Greaves' 1972 documentary NATIONTIME-GARY, presented in its original extended runtime, followed by the world premiere of the new restoration of THE STORY OF A THREE-DAY PASS, legendary Melvin Van Peebles’ 1968 story of forbidden love set at a French airbase. Both films are presented in new restorations by IndieCollect, with funding from Jane Fonda and the Hollywood Foreign Press Association. Closing out the event, Director of the Cineteca di Bologna, Gian Luca Farinelli, will present a lecture on Italian filmmaker Federico Fellini, whose 100th birthday will be celebrated around the world this year. The presentation will be followed by Cineteca di Bologna's stunning new 4K restoration of FELLINI’S ROMA, funded by the HFPA. Events are open to the public and free to members of HFPA Grantees. The program is presented with the support of the Italian Cultural Institute in Los Angeles.

Descriptions of individual programs and RSVP links below. 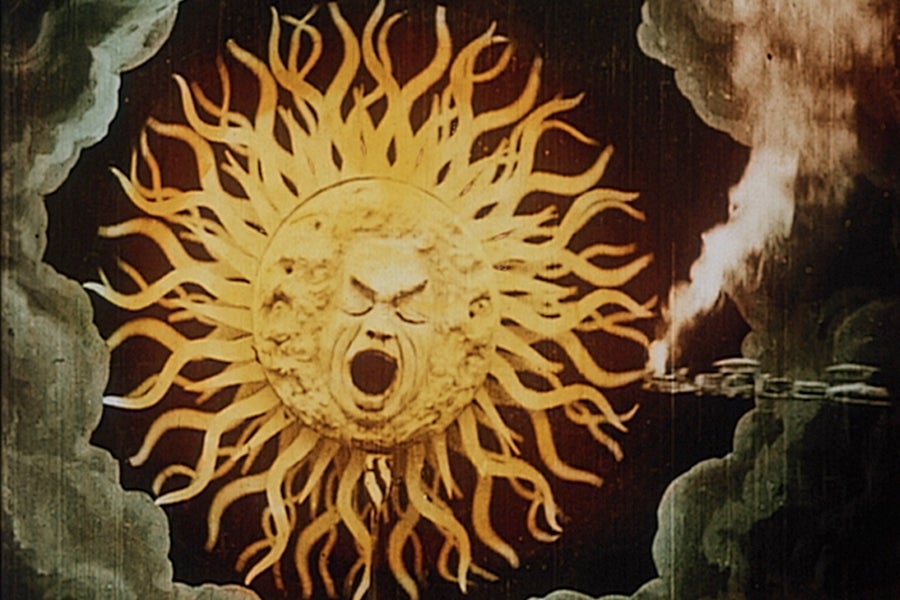 Film preservationist and founder of Lobster Films Serge Bromberg presents his now famed “Retour de Flamme,” a lively journey through once-lost film archives from around the world. In this edition, Bromberg presents a tour through the cinema of the pioneering French filmmaker Georges Méliès. Featuring clips and his own live musical accompaniment, Bromberg tells the nearly unbelievable story of how he rediscovered a trove of Méliès’ lost films, which earned him the title of the “Indiana Jones of lost films.” Bromberg concludes his adventures in restoration with the Lumière Brothers. After the presentation by Lumière Institute president Thierry Frémaux at last year's Summit on the Lumière brothers, Thierry Frémaux, Director of the Institut Lumière and the Cannes Film the spotlight returns to two of cinema’s most ingenious inventors. The true founders of cinema, the Lumière brothers shocked the world with their innovative Cinematograph, which was able to film, print and project all in one. Their "actualities," a term used to describe their documentary-like approach to filmmaking, are some of the greatest treasures of movie history, in particular, “Workers Leaving the Lumière Factory,” which is widely considered the first film ever made, as well as “l'Arroseur Arrosé,” a hilarious practical joke caught on film in the 19th century. Bromberg will talk us through such work with fascinating insights and stories, as well as numerous clips. 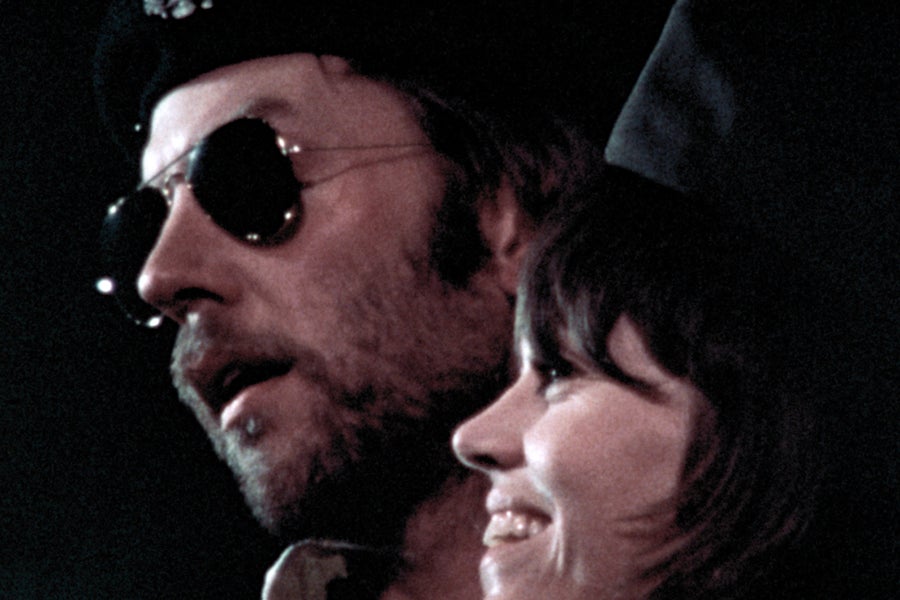 Director Francine Parker. Produced by Jane Fonda and Donald Sutherland, F.T.A. is a powerful anti-war statement that documents the opposition movement at the height of the Vietnam War. Acting as two of the key figures in the national effort, Fonda and Sutherland led a political troupe thinly disguised as a touring revue, whose titular acronym stood for (in the polite version) “Free the Army,” which visited towns bordering military bases, bringing skits and songs that voiced their antiwar sentiments to the troops. For years scantly available and largely forgotten, this remarkable documentary has reemerged after a restoration spearheaded by Fonda and has become an essential piece of film history. Restoration by IndieCollect with funding from the HFPA. Introduction by Jane Fonda, whose efforts in film preservation for the Women Directors Fund have led to the restoration of 10 important films by women directors. Join us at 5:00 PM for a reception in the courtyard before the screening. 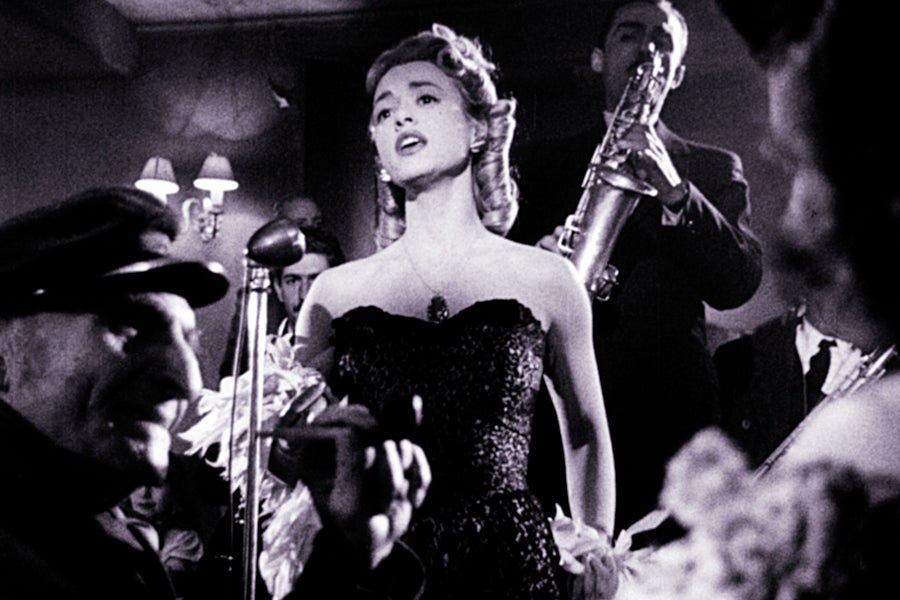 Director Román Viñoly Barreto. In this stunning reimagining of Fritz Lang’s classic M rediscovered by the Film Noir Foundation, Olga Zubarry, Argentina’s answer to Marilyn Monroe, plays a chanteuse and single mother who is the sole eyewitness to the child killer stalking the streets of Buenos Aires. Will her daughter be the next victim? Featuring stunning cinematography by Anibal González Paz. A major cinema discovery! In Spanish with English subtitles. Restoration by the Film Noir Foundation with funding from the HFPA. Introduction by Eddie Mueller. 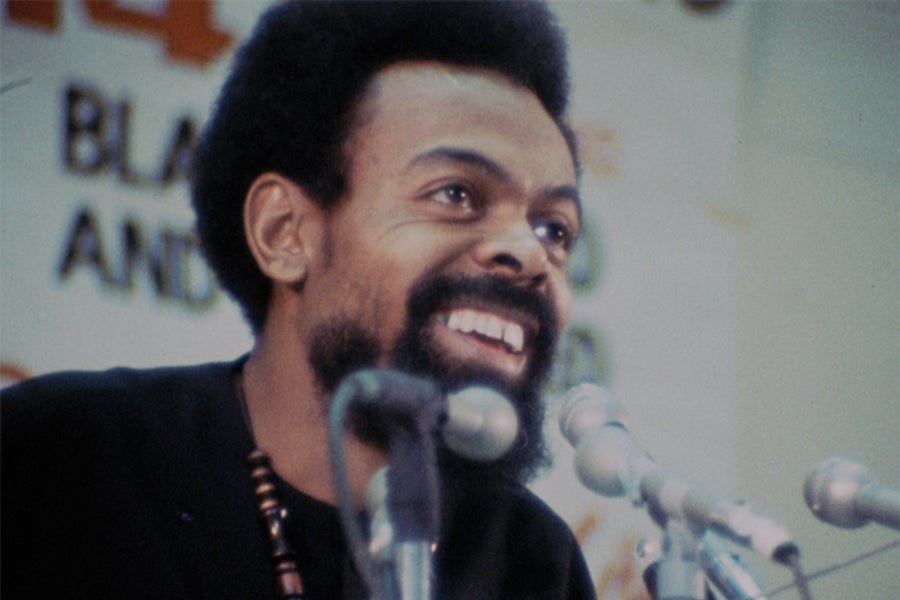 World Premiere! THE STORY OF A THREE-DAY PASS, 1968, Xenon Pictures, 87 min. Dir. Melvin Van Peebles. Legendary director Melvin Van Peebles delivers a biting criticism of racial injustice in this moving story of forbidden love. Based on a book Van Peebles wrote in French, La Permission, THE STORY OF A THREE-DAY PASS follows Turner (Harry Baird), a black U.S. soldier stationed at a French airbase who is smitten with Miriam (Nicole Berger), a Parisian shop clerk that he met at a nightclub. A passionate romance ensues, eventually sparking the attention of Turner’s disapproving captain (Hal Brav). Restorations by IndieCollect with funding from Jane Fonda and the Hollywood Foreign Press Association. Special guest speakers to be announced. Join us at 1:00 PM for a reception in the courtyard before the screenings. 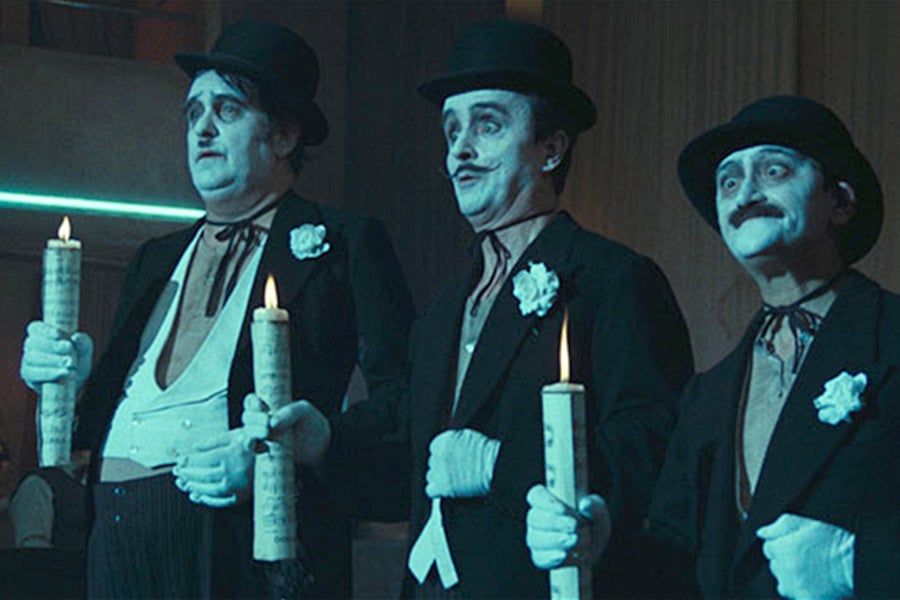 New Restoration! FELLINI’S “ROMA”, 1972, Park Circus/MGM, 120 min. Dir. Federico Fellini. In a stunning 4K restoration funded by the Hollywood Foreign Press Association, ROMA reemerges as one of Federico Fellini’s most impressive visual spectacles, as the Italian auteur takes the audience on a vibrant journey, delivering an impassioned love letter to his country’s capital. Fashioned from documentary footage, memories, impressionistic images, and extravagant surrealism, the film is a kaleidoscopic portrait of Rome – one that is deeply personal yet informed by culture and history. 4K Restoration by the Cineteca di Bologna with funding from the HFPA.