The Hollywood Foreign Press Association and the Los Angeles Times

Committee to Protect Journalists, International Consortium of Investigative Journalists, and the
Reporters Committee for Freedom of the Press 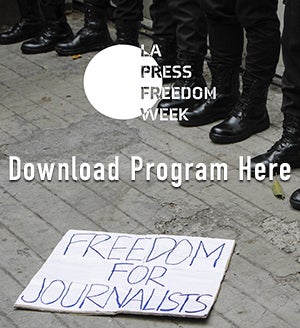 Elections. Immigration. Corruption. Conflict. Across the country and around the world, journalism is more essential than ever — and yet threatened as never before.

LA Press Freedom Week is a multi-day celebration of press freedom and the First Amendment that will engage the public and the journalistic community in and around Los Angeles. With three anchor events amid a series of smaller ones, leading experts, top journalists, and supporting partners, LA Press Freedom Week will highlight the dangers to a free press — and show what we can all do to defend it.

This year saw elections unfolding around the globe in places like India, South Africa, Guatemala, and Tunisia, while in the United States primary season began to heat up. This conversation will explore the particular challenges for journalists and threats to press freedom and democracy that emerge around elections both globally and in the United States. Meher Tatna of the Hollywood Foreign Press Association will offer opening remarks for this evening dialogue, which will be moderated by Ramzi Malouki, West Coast News Bureau Chief for the French Canal+ Group.

Press Freedom and Diversity: Whose Voice Gets Included?

Who makes the news, and for whom? NBC Nightly News and Dateline  NBC anchor Lester Holt will moderate a lively discussion on the question of what diversity means in media—and how it can influence the stories we read, hear, and share. Los Angeles Times Editor-in-Chief Norman Pearlstine will provide the opening remarks for this conversation.

Stories on migration at the southern U.S. border have taken the world by storm – as have multinational investigative reports on the Panama Papers and similar stories. Weak legal protections for press freedom in one country can spill into others. In this panel, legal experts and journalists will explore the ways that laws in other countries, like the Official Secrets Act in the United Kingdom, which expressly punishes journalists for publishing government secrets, can chill reporting here. The panel will be moderated by Dale Cohen, director of the Documentary Film Legal Clinic at the UCLA School of Law, with opening remarks by the school’s dean, Jennifer Mnookin. Lorenzo Soria, president of the HFPA, will deliver the closing remarks. 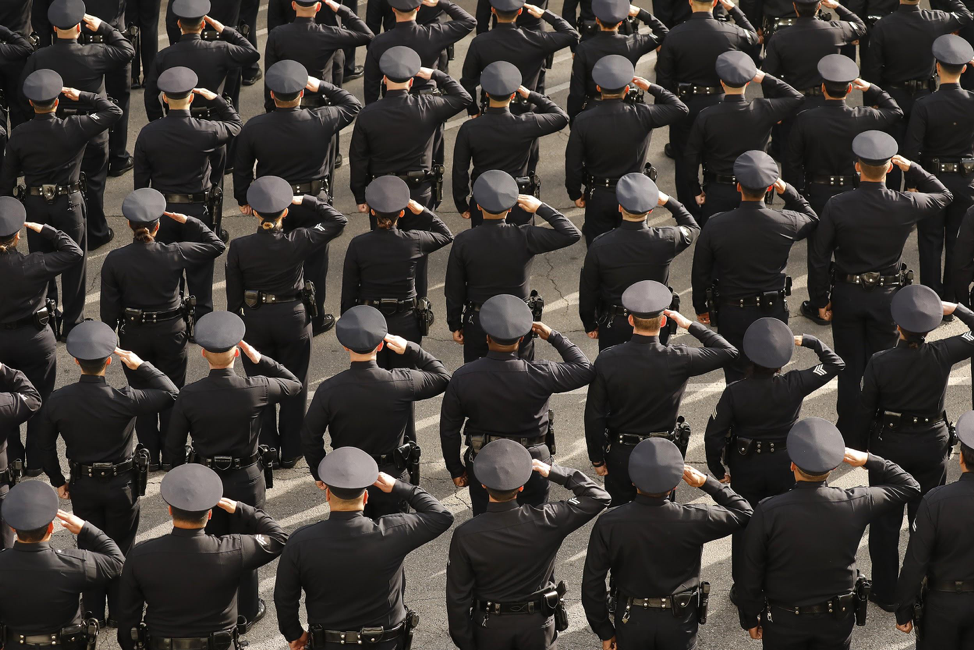 Press freedom and the public’s right to know go hand in hand. Until this year, California had some of the most secretive laws in the country when it came to police records. Senate Bill 1421 helped unseal information about police misconduct and deadly use of force. The California Reporting Project, a statewide journalism coalition of more than 30 newsrooms, has been reporting on police conduct in their communities based on these records. Hear from representatives of the Los Angeles Times, KPCC + LAist, KQED News, the Long Beach Post and the Reporters Committee who fought for the legislation and have published several investigations since the law passed in January.

A record number of journalists are in prison, violence against the press is on the rise, authoritarian leaders are undermining the media, and new technologies, once empowering, are being used to harass journalists and spread disinformation. The Pacific Council on International Policy will host a panel featuring Maria Ressa, founder of the Philippine website Rappler and a Time magazine 2018 Person of the Year, and Joel Simon, executive director of the Committee to Protect Journalists and author of The New Censorship, which warns that journalists are increasingly vulnerable to attack by state and non-state actors who seek to use political pressure, technology, and violence to set their agenda. Sewell Chan, deputy managing editor at the Los Angeles Times, will moderate the discussion.

This panel discussion organized by PEN America and the Committee to Protect Journalists brings together journalists, legal experts, and press freedom advocates to discuss the privacy and human rights implications facing journalists who seek to cover news regarding immigration and the US-Mexico border. From surveilling and targeting journalists to denying them press access, the U.S. government’s attempts to quash press coverage of these stories and intimidate those reporting on them has large implications for the public. This discussion will be a timely opportunity for media freedom advocates, First Amendment lawyers, and national security and immigration experts to consider the chilling effect the government's actions pose to journalists trying to cover news around the border.

“We tell ourselves stories in order to live.” Journalist Joan Didion’s famous phrase expresses a universal need for stories, meaning, and hope that we can take charge of our lives. This need is even more pronounced for people caught in crises and forced to flee their homes. These communities rely on the press, both local and international, to tell their stories and to access information that can make the difference between life and death. What responsibility does the press have in telling these stories and ensuring that the communities can access the information they need to rebuild their lives? And what role does storytelling play in protecting people from the very real dangers of misinformation? Join Internews and FilmAid, two organizations working on the frontlines with communities facing crisis, and special guest panelists as they explore these challenges alongside innovative solutions and within the context of the rise of misinformation.

The Panama Papers documentary goes behind the scenes of this unprecedented, award-winning investigation. The International Consortium of Investigative Journalists (ICIJ), along with more than 100 media partners, spent a year sifting through 11.5 million leaked files—the Panama Papers—to reveal the offshore links of some of the world’s most powerful figures. Director Alex Winter followed ICIJ and partner journalists from around the world to show how it all got done. Join us for a screening of the film, followed by a Q&A with Winter and Marina Walker Guevara, ICIJ’s deputy director. 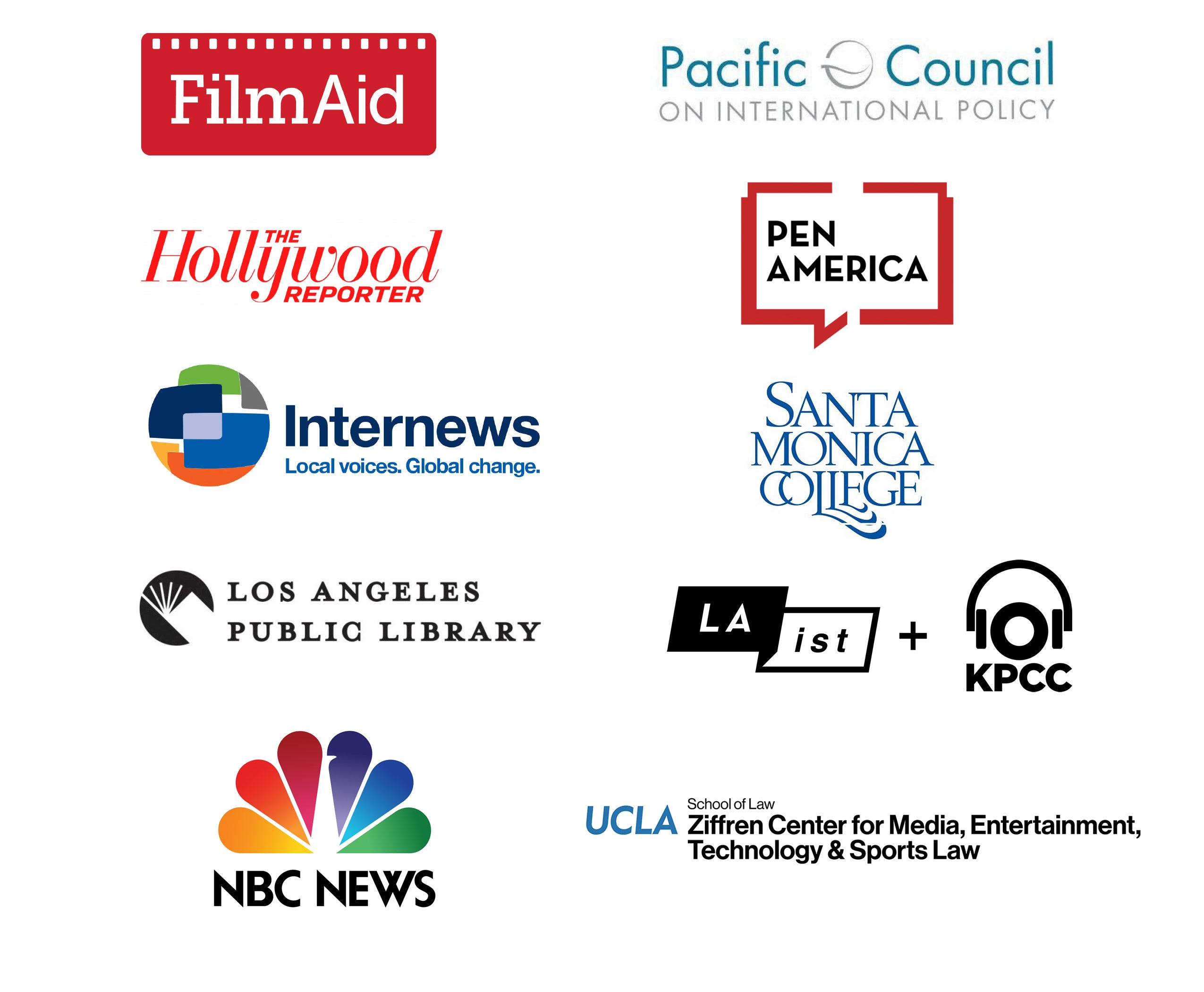