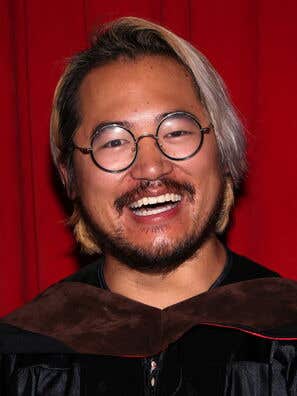 Golden Globe nominee Daniel Kwan grew up in Massachusetts. A design and animation guy, he met his future partner Daniel Scheinert, the other half of the directing and screenwriting team The Daniels, in film class at Emerson College in New England. It has been reported on many occasions that they didn’t like each other at first, but during their studies they noticed their different work routines complemented each other.

Since then they have been collaborating together, at first on short films and then music videos, like DJ Snake and Lil Jon’s “Turn Down for What,” MTV’s VMA winner in 2014 for Best Direction. That same year their interactive short film Possibilia premiered at the 2014 Tribeca Film Festival and won the top prize at the Future of StoryTelling conference and was featured in the New Frontier installations at the 2015 Sundance Film Festival. Their first feature film, the absurdist black comedy Swiss Army Man was developed in conjunction with the Sundance screenwriting and directing labs and premiered the following year.

In 2016, the duo started to write and develop a kungfu sci-fi dramedy, Everything Everywhere All at Once. The story that takes place in a parallel universe was released in the spring of 2022 and grossed over $100 million worldwide. At the same time Kwan wrote two illustrated children’s books “24 Minutes to Bedtime!” and I’ll Get to the Bottom of This!” 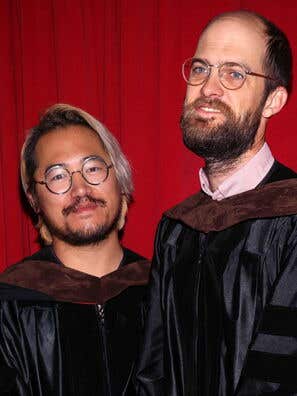 Best Director - Motion Picture
Everything Everywhere All at Once

Best Screenplay - Motion Picture
Everything Everywhere All at Once