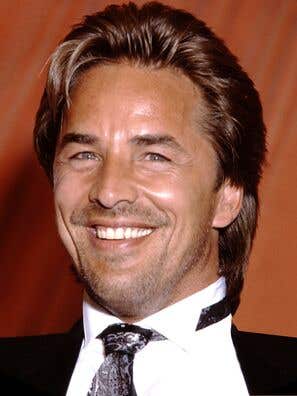 Donnie Wayne Johnson, aka Don Johnson (born in Flat Creek, Missouri, on December 15, 1949) is best known as Detective Sonny Crockett in the “cult” TV series Miami Vice, which ran from 1984 to 1989 and was a huge success worldwide. With its music, style and fashion reflecting the era's vibe, the series created by Michael Mann, and Johnson himself, became the ultimate definition of the '80s.

Johnson wanted to be a “bowler” before discovering acting. After working on the stage for a while he ventured into films and television, ending up starring in the sci-fi cult classic A Boy and His Dog (1975). After hitting it big with Miami Vice he started working nonstop, notably in a TV adaption of the William Faulkner's novel The Long Hot Summer (1985) and the feature Sweet Hearts Dance (1988) with Susan Sarandon. Constantly alternating between film and TV, Johnson starred in thrillers such as Dead Bang (1989), The Hot Spot (1990), directed by Dennis Hopper, and Simon Wincer's Harley Davidson and the Marlboro Man (1991). Other notable film roles are Guilty as Sin (1993), Ron Shelton's Tin Cup (1996), next to Kevin Costner, Robert Rodriguez's Machete (2010), Quentin Tarantino's Django Unchained (2012), and the TV series Nash Bridges (1996-2001), Just Legal (2005-06) and most recently Watchmen, the series (2019) as Judd Crawford. Johnson is currently playing Rick in the TV series Kenan. He is the father of star actress Dakota Johnson, born from his previous marriage to Melanie Griffith. 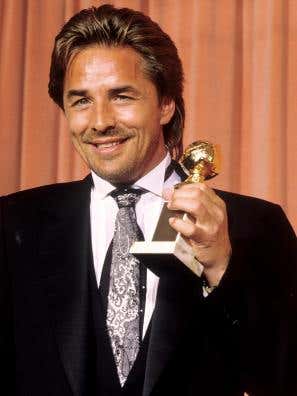 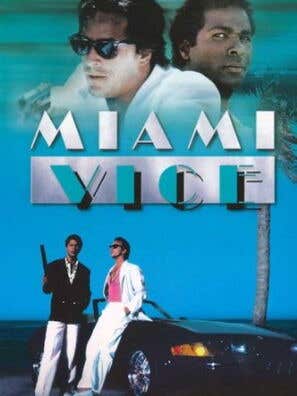