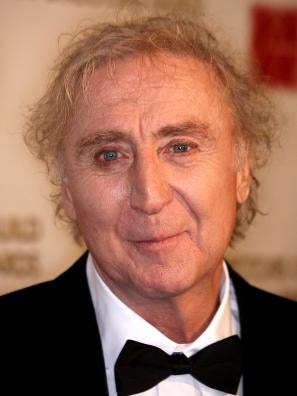 Gene Wilder was born Jerome Silberman in Milwaukee, Wisconsin on June 11, 1933 and died August 29, 2016. He chose his stage name Gene Wilder because he admired Thornton Wilder, author of the 1938 play Our Town. He studied with Lee Strasberg at the Actors Studio, and in 1963 he co-starred with Anne Bancroft in the 1939 play by Bertold Brecht Mother Courage and Her Children. Bancroft introduced him to her husband, Mel Brooks, who would later cast him in The Producers, then called Springtime for Hitler; together Brooks and Wilder wrote the screenplay for Young Frankenstein (1974). Wilder was the comic relief in Bonnie and Clyde (1967) by Arthur Penn with Warren Beatty and Faye Dunaway, acted with Donald Sutherland in Start the Revolution Without Me (1970) by Bud Yorkin, and starred in Willy Wonka & the Chocolate Factory (1971) from the 1964 children’s novel by Roald Dahl. He acted in Everything You Always Wanted to Know about Sex * But Were Afraid to Ask (1972) by Woody Allen, The Little Prince (1974) by Stanley Donen, co-starred with Richard Pryor in Silver Streak (1976) and See No Evil, Hear No Evil (1989) - both directed by Arthur Hiller - and in Stir Crazy (1980) by Sidney Poitier, and Funny About Love (1990) by Leonard Nimoy. Wilder wrote, directed and starred in The Adventures of Sherlock Holmes’ Smarter Brother (1975), The World’s Greatest Lover (1977), and The Woman in Red (1984) with his third wife, Saturday Night Live’s Gilda Radner. 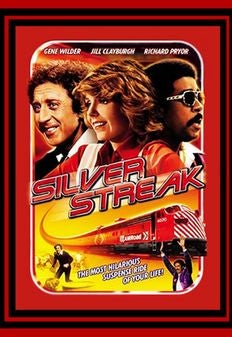 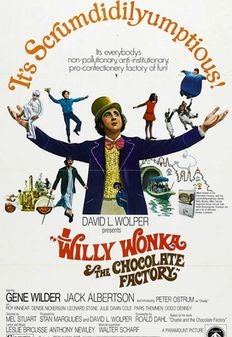