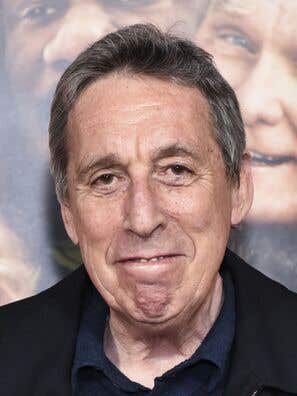 * Founder of the McMaster Film Board at McMaster University in Hamilton Ontario Canada. Student films include: 'Freak Film', and 'Orientation' which was distributed in Canada by 20th Century Fox as a short opening for a 'Dustin Hoffman' vehicle. Reitman was arrested with 'Dan Goldberg (I)' for producing a 'Columbus of Sex' at McMaster in 1970. The film was based on the Victorian novel 'My Secret Life'. During the trial, the men who went on to form Northern Lights Entertainment were offered $175,000 by MGM to make a feature to be called 'Foxy Ladies'. They were the first Canadians convicted under Canada's decency laws, despite widespread critical acclaim and support from the arts community. They were fined $300.00 and put on a year's probation. * Father of 'Jason Reitman' , 'Catherine Reitman' and 'Caroline Reitman' . * Worked on films in Canada with 'David Cronenberg' . * Likes to put his children: 'Caroline Reitman' , 'Catherine Reitman' and 'Jason Reitman' in his movies. * Graduated from McMaster University, Hamilton, Ont. Canada, B.Mus 1969. * In 1983, was nominated for two Broadway Tony Awards for 'Merlin:' as Best Director (Musical) and as one of the co-producers of the Best Musical nominee. * According to his audio commentary on Ghost Busters (1984) , the proton packs were much heavier than they looked, and some were heavier than others depending on what was demanded of certain scenes. None of the actors enjoyed wearing them, but according to Reitman, 'Harold Ramis' complained the least (he would not say who complained the most). * Slovakian-born, Canadian-raised Jewish film actor, producer, and director. His son, 'Jason Reitman' (born in 1977) is also a film director. * Was interested in directing Batman (1989) . * Father-in-law of 'Michele Lee (II)' . * Was originally going to direct The Pink Panther (2006) , but chose not to, staying on as producer of the film. * Attended the 2008 Oscars with son 'Jason Reitman' . * He and 'Jason Reitman' are one of only two father/son producing teams to be nominated for a Best Picture Oscar (for Up in the Air (2009/I) in 2010). The other is 'Mario Cecchi Gori' and 'Vittorio Cecchi Gori' for Il postino (1994) . * Lived in Santa Barbara, California. * Grandfather of 'Josephine Reitman' (aka Josie). * Uncle of 'Joseph D. Reitman' .