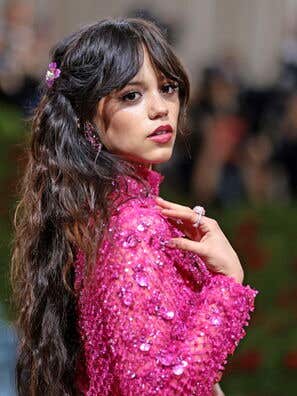 Born in Palm Desert, California in 2002, of Mexican and Puerto Rican descent, Jenna Ortega has been acting since she was eight years old, appearing in small roles in series such as Rob and CSI: NY. Her film debut came in a Marvel film where she played the daughter of the vice president in Iron Man 3 (2013), followed by Insidious: Chapter 2 (2013).

In 2014, she landed one of her first relevant roles in Jane the Virgin where she played the child version of the protagonist. She also appeared in the second season of You, playing Ellie Alle.

Willing to explore her dark side, Jenna jumped right into horror films, debuting in The Babysitter: Killer Queen (2019), followed by the horror film X (2022) and the slasher Scream V (2022) that earned her the title of scream queen for the 21st century.

It's no wonder Tim Burton tapped her to play the always-tormented, eccentric and terrifying daughter of The Adams Family on Wednesday.

Ortega has been awarded with a Golden Globe nomination for Best Television Actress- Musical/Comedy Series. 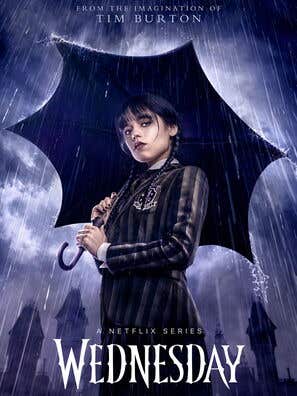