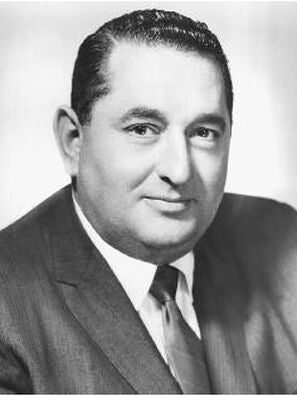 Joseph Edward Levine (born in Boston, Massachusetts, September 9, 1905, died July 31, 1987) is the founder of Embassy Pictures, producer and American distributor of films like Yesterday, Today and Tomorrow (1963) by Vittorio De Sica with Sophia Loren and Marcello Mastroianni, 8 1/2 by Federico Fellini (1963), Darling (1965) by John Schlesinger with Julie Christie, The Producers (1967) by Mel Brooks, The Lion in Winter (1968) with Peter O’Toole and Katharine Hepburn, The Graduate (1968) with Dustin Hoffman, Carnal Knowledge (1971) and The Day of the Dolphin (1973) by Mike Nichols, The Ruling Class (1972) with Peter O’Toole, The Night Porter (1974) by Liliana Cavani, A Bridge Too Far (1977) by Richard Attenborough.

Cecil B. deMille Award
Joseph E. Levine
This site uses cookies to make your experience on our site better. They are also used to collect and analyze information about the use of the site. Learn more in our Privacy Policy. By continuing to use this site or closing this banner, you consent to our use of these cookies.
Learn more