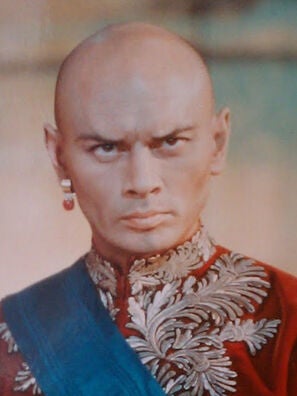 Yul Brynner (born Yuliy Briner in Vladivostok, Russia, July 11, 1920, died October 10, 1985) played the King of Siam on Broadway in the musical by Rodgers and Hammerstein and in the movie version The King and I (1956) with Deborah Kerr. He acted in The Ten Commandments (1956) by Cecil B. deMille with Charlton Heston, Anastasia (1956) by Anatole Litvak with Ingrid Bergman, The Brothers Karamazov (1958) directed by Richard Brooks from the 1880 novel by Fyodor Dostoevsky, Solomon and Sheeba (1959) by King Vidor with Gina Lollobrigida, The Magnificent Seven (1960) by John Sturges with Steve McQueen, Westworld (1973) written and directed by Michael Crichton. 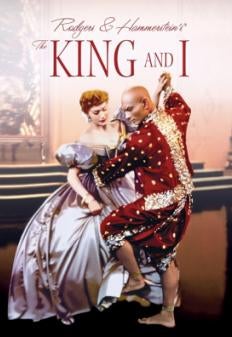