Celebrate the Fourth of July with the Stars - and Stripes

by Ana Maria Bahiana July 4, 2016
Share on FacebookShare on TwitterShare on PinterestCopy URL Mel Gibson leads the way into the red-white-and-bue celebration as peaceful South Carolina planter Benjamin Martin, haunted by his past in the French and Indian War and driven to lead the Colonial Militia during the American Revolution when a sadistic British officer threatens his family. As a bonus we have Heath Ledger in his breakout role as Gibson's eldest son, Gabriel. Director Oliver Stone's segue into the flip side of the Vietnam War became a multi-award winner, with four Golden Globes:  Best Motion Picture/Drama; Best Director. Oliver Stone; Best Performance by an Actor in a Motion Picture/ Drama, Tom Cruise; and Best Screenplay, Oliver Stone, Ron Kovic. White-hot after a streak of hits, from Top Gun to Rain Man, Tom Cruise slips easily into the complex real-life character Ron Kovic, a paralyzed Vietnam war veteran who becomes an anti-war and pro-human rights political activist after feeling betrayed by the country he fought for.  "I have a tremendous amount of respect for Ron and for Oliver", Cruise told us in 1989. "For bringing a different, fuller perspective to the Vietnam war." 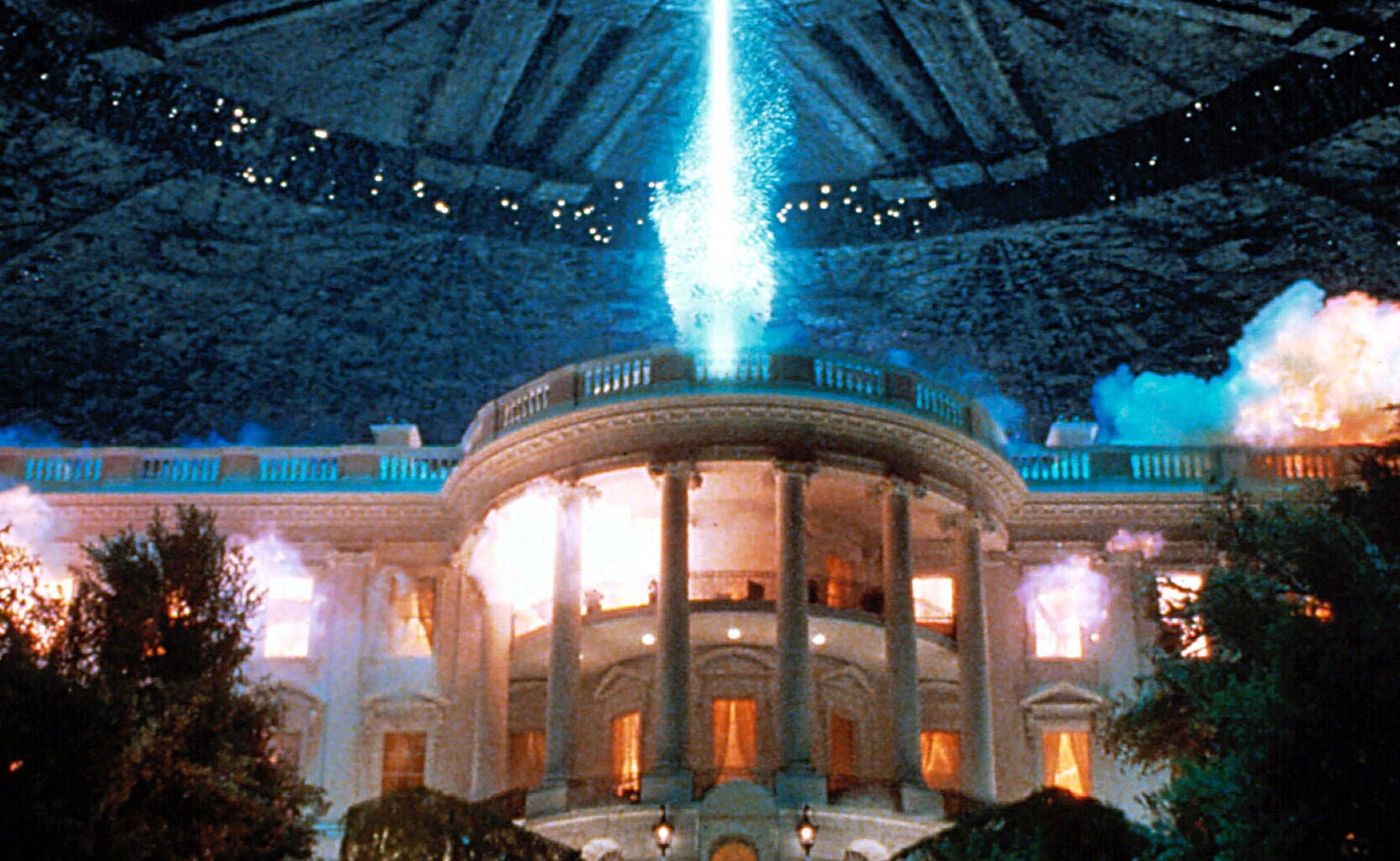 That's a classic: aliens attack the Earth and only kick-ass president Bill Pullman, genius scientist Jeff Goldblum and maverick Air Force pilot Will Smith can save us...on Independence Day, of course. But not before all major US and global landmarks are spectacularly destroyed - especially the White House. Gives a whole new sense to Independence Day fireworks. 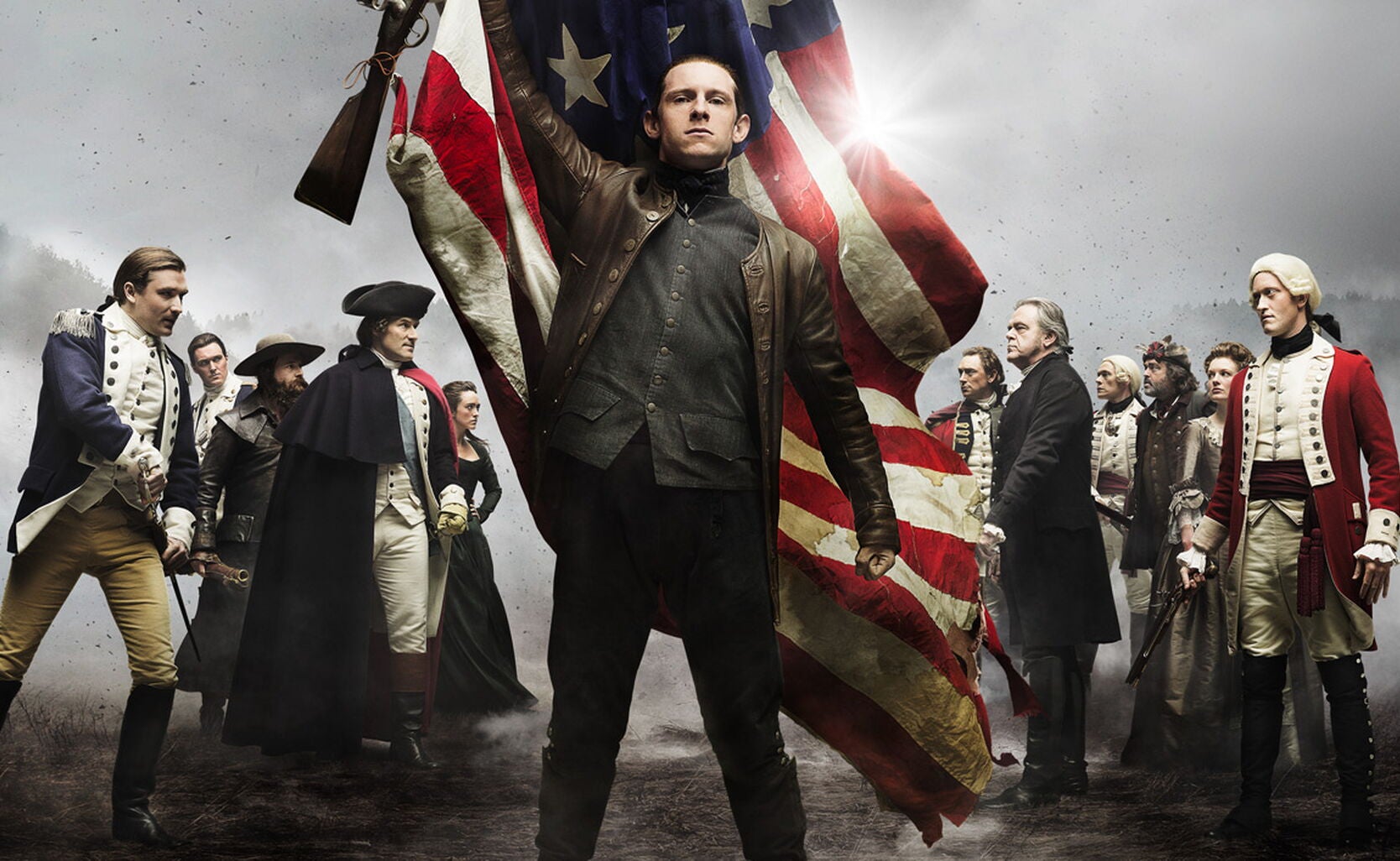 For those who prefer bingewatching, there's some excellent options out there. Like AMC's Turn: Washington's Spies, which chronicles the astonishing feats of intelligence gatherers on both sides of the Revolutionary War. Jamie Bell leads the cast as farmer-turned-spy Abraham Woodhull, and there's plenty of chases, explosions and battles to please both history buffs and action fans. 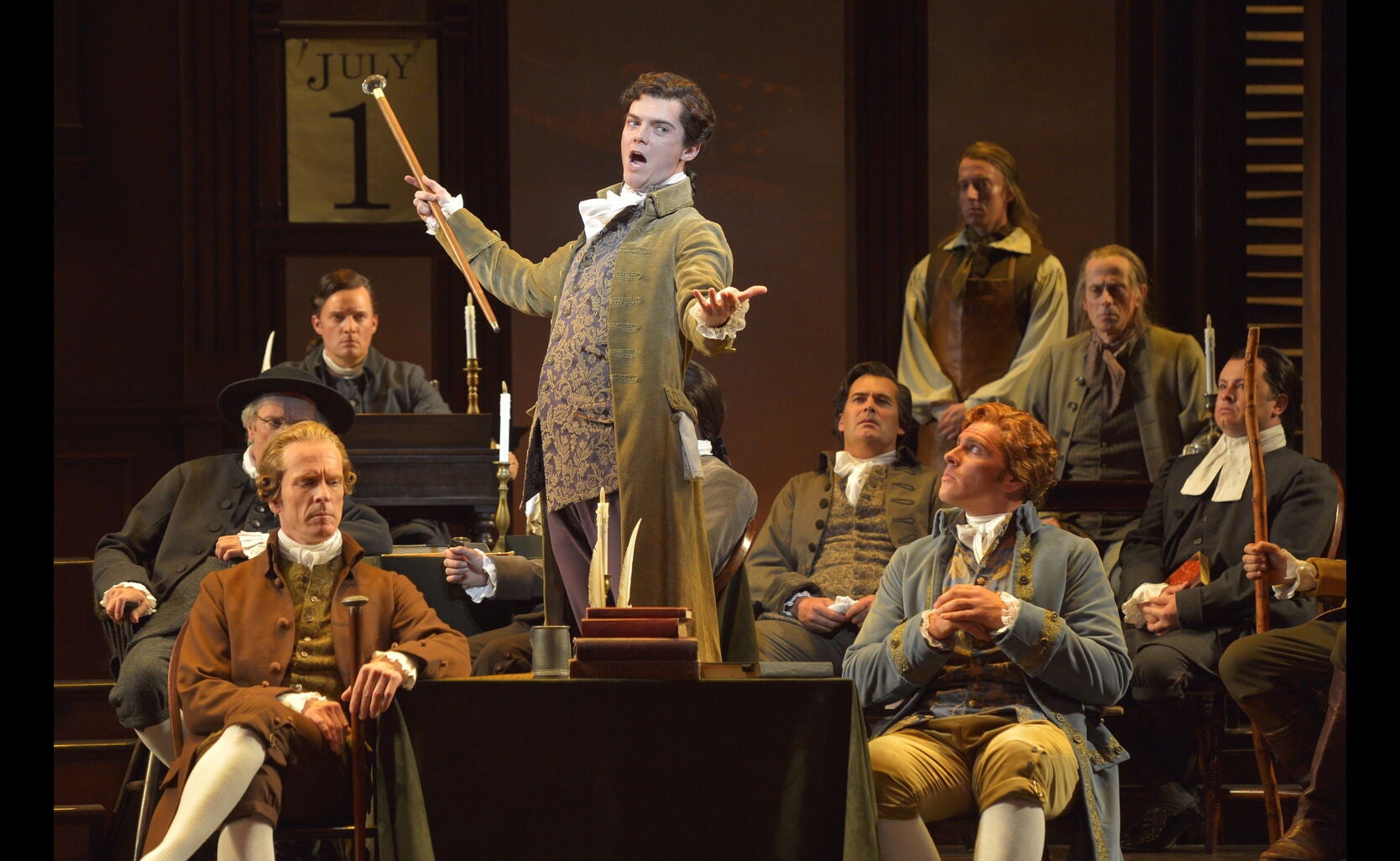 Decades before Lin-Manuel Miranda dreamed his Hamilton, there was an all-singing, all-dancing retelling of the American Revolution's political struggle in the Continental Congress to declare independence.  1776  started out on Broadway and became the feature debut of director Peter H. Hunt - who went on to a long career on TV. It was nominated for a Golden Gobe in the Best Motion Picture - Musical/Comedy category. 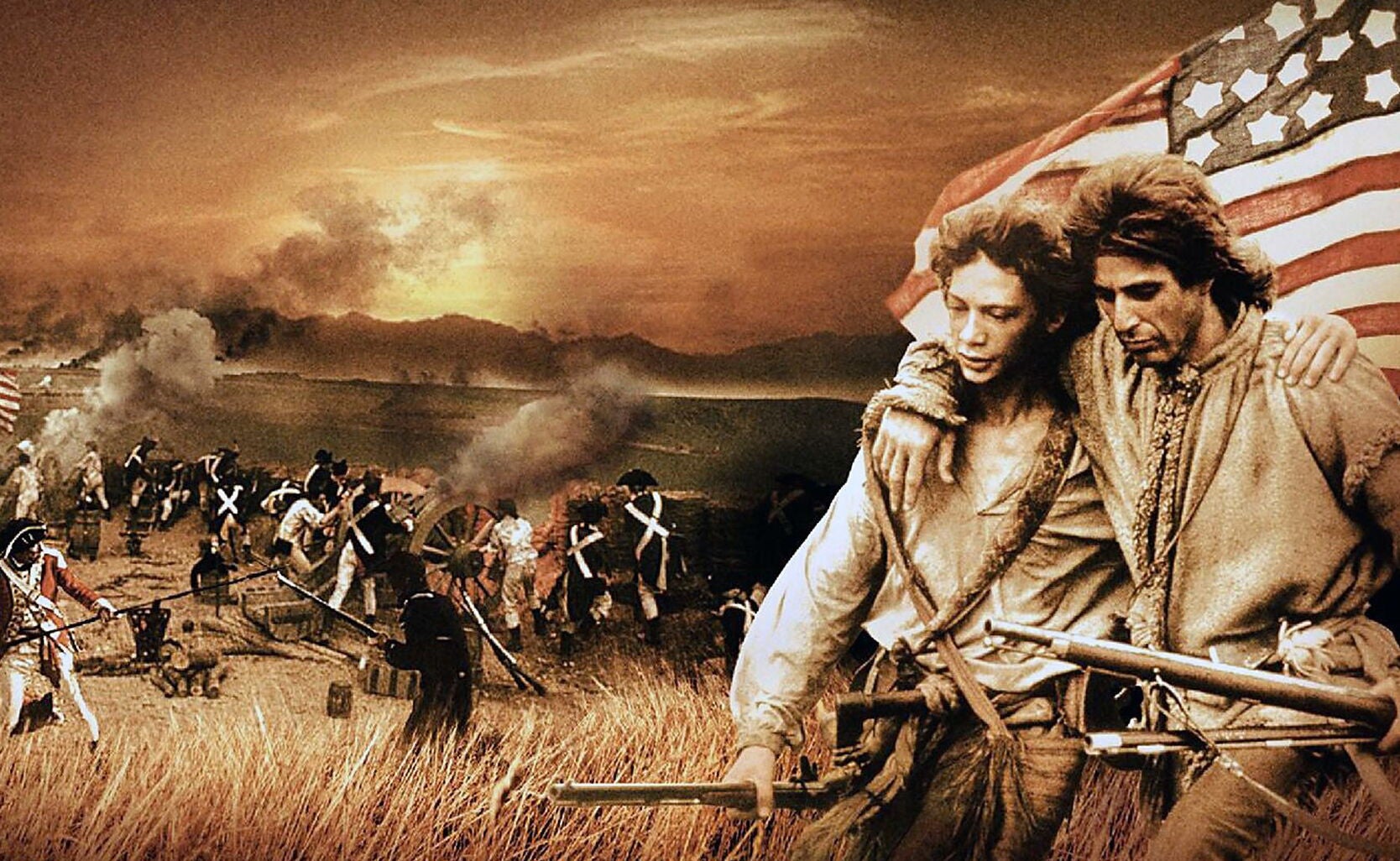 Fresh from two major hits - Golden Globe winner Chariots of Fire in 1981 and Academy Award nominee Greystoke: The Legent of Tarzan, Lord of the Apes in 1984 - director Hugh Hudson decided to explore the American Revolution with this epic, starring Al Pacino (sporting a mullet) as a trapper unwittingly involved in the fray after his son is conscripted by a cruel British sargeant (Donald Sutherland) - a story that sounds very familiar. The film was poorly received at the time, in spite of its spectacular battle scenes. Maybe it aged well... 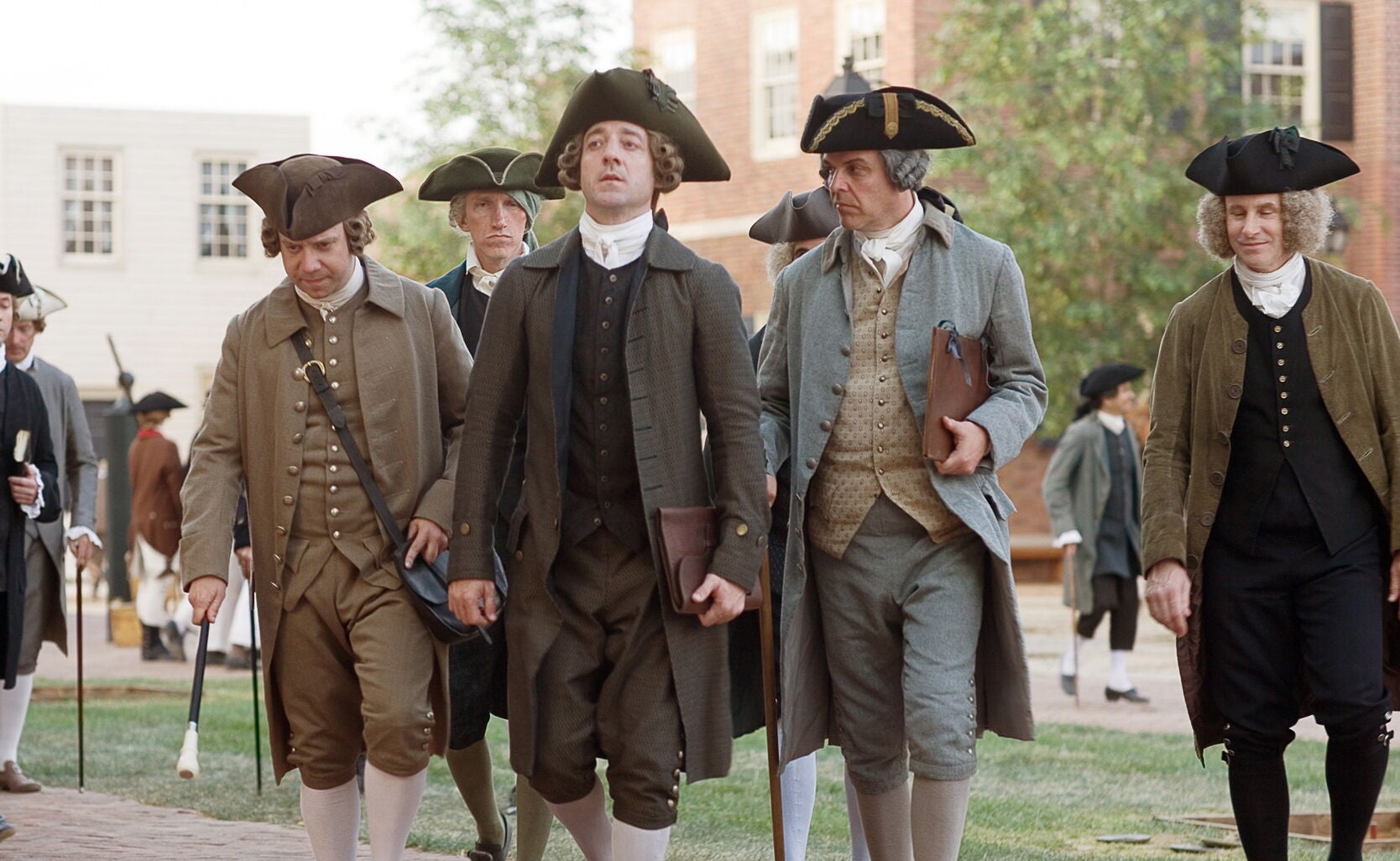 And where was Thomas Jefferson, pray tell? In Paris, according to the 1990s triad of arthouse deities, director James Ivory, screenwriter Ruth Prawer Jhabvala and producer Ismail Merchant. Elegance abounds in this exploration of Jefferson's five years in Paris, from1784 to 1789, as the United States Minister to France. The cast is top-rate: Golden Globe winner Nick Nolte as Jefferson, then-newcomer Thandie Newton as Jefferson's slave and lover Sally Hemings and Golden Globe winner Gwyneth Paltrow as Jefferson's daughter Patsy. Politics are pushed to the background as the emissary of the young republic explores architecture, gastronomy and joie de vivre as another revolution -the French one- reaches a boiling point. Every Fourth of July needs a parade, and The Music Man has seventy-six trombones and six Golden Globe nominations. The big screen adaptation of the Broadway musical has Robert Preston as a con man who inadvertently brings the joy of music to a small, sad Iowa town over a Fouth of July weekend at the turn of the 20th century. Strike up the band!

Between the barbecue and the fireworks -or instead of either or both of them- there is time for some movies and TV series with 4th of July connections. It's a rich theme that has been embraced and referenced by filmmakers and stars in many ways throughout the years, with results as unique as their talents.